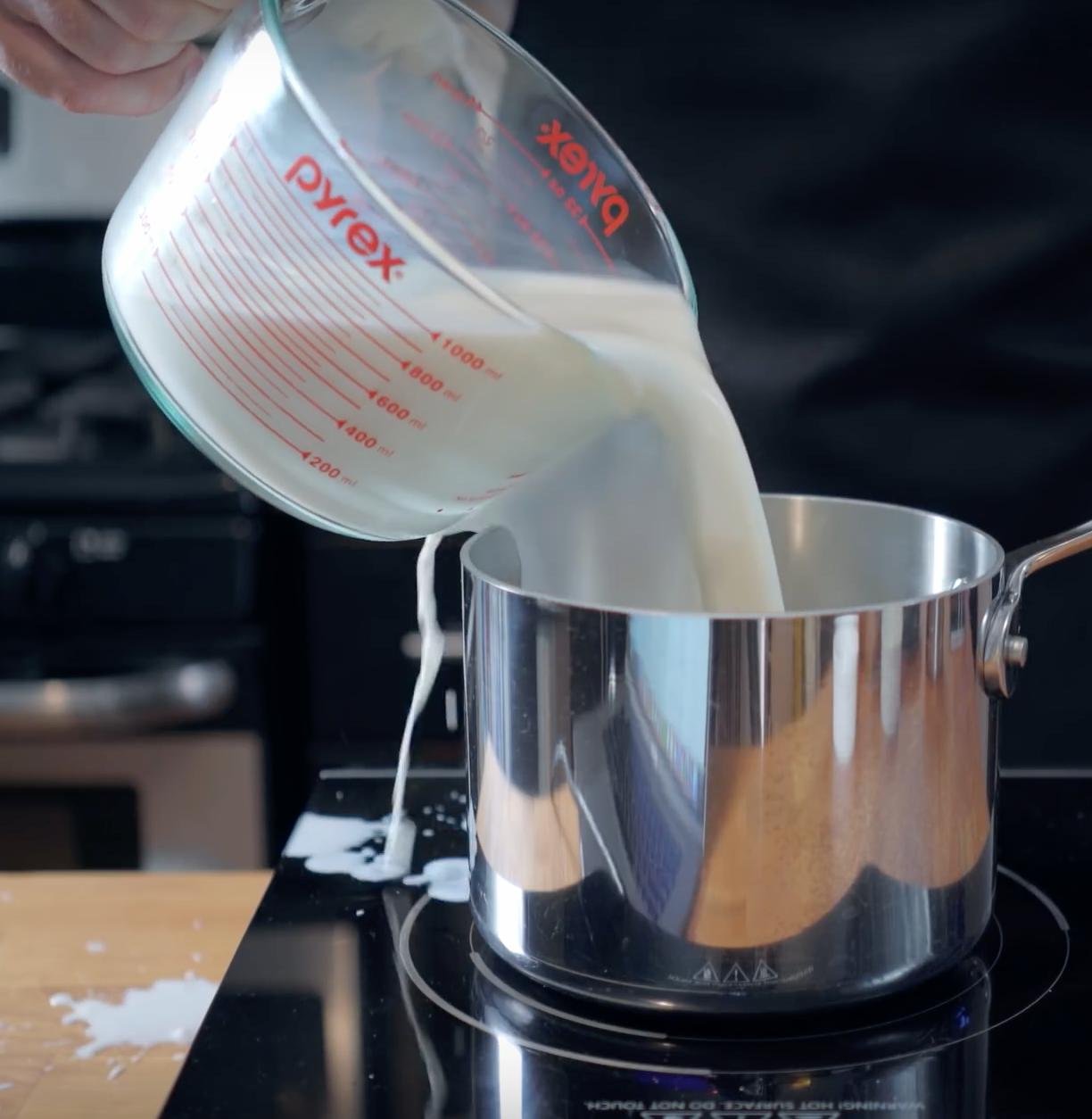 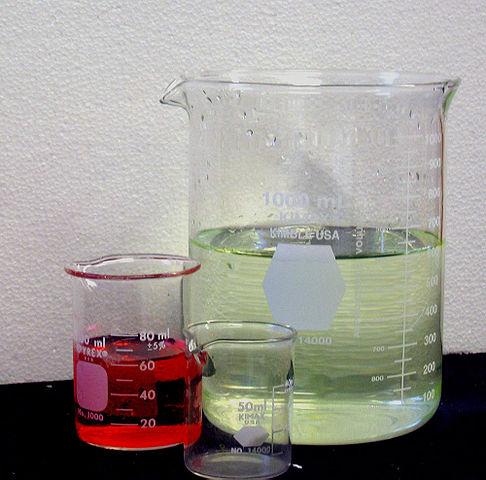 First of all, I wound up here because I have the exact pyrex measuring cups mentioned above, a 2 quart, and two smaller ones at 1 quart each. Only one of the smaller ones does this, so I'm inclined to say that it is a minor manufacturing defect.

I recommend buying a new one that may have a thinner spout (rather than a rounded one) if you use the cup to its full potential (like heating liquids in it)… However, since I have two, I may experiment with the one I hate, and carefully shave the spout with my dremel diamond blade in an attempt to eliminate the rounded lip at the end of the spout.

I warn against trying this at home, unless you're familiar with the dangers of sanding glass, breathing glass dust, and risks involved with etching tempered glass before baking with it.

With all the risks involved, I recommend just looking for a new one that has a less rounded lip instead. They do exist, and they don't cost much. Just keep an eye out, not all pyrex products are created exactly the same.

16
Does it take a special type of blender to make smoothies?
18
How can I safely use a blender with hot liquids?
9
How to separate two jammed-together measuring cups?
3
How can I prevent my ice cream bucket from drying out?
6
Why have all of my quality pans started smoking at once?
1
How do I prevent smoke problems indoors?
3
Vintage Pyrex Measuring Cup Borosilicate Vs. Soda Lime Color Difference?
54
How do I get something sticky like honey or Golden Syrup off measuring spoons or measuring cups? Is there a better way?
9
How to prevent chocolate covered items from sticking to the cooling rack?