How to cook better cookies despite a terrible oven?

I am a college student living in a dorm for the first time. One of the luxuries I used to have at home was the ability to cook store-bought cookie dough cookies in my oven and have them come out tasty and goey.

While my dorm does have the luxury of an oven I do not think it is a very good one. Maybe it is just me but the cookies that come out of it arent goey or that enjoyable. They are pretty dry and sometimes need to be cooked for 0.5-1.5 minutes more than I would cook them at home.

How would you suggest I change my baking strategy so I can get better results from my oven? (Rack placement, dough shaping, temperature, time, etc)

I believe my oven is a very basic electric oven. I usually place the pan on the 3rd (out of 4) rack up. 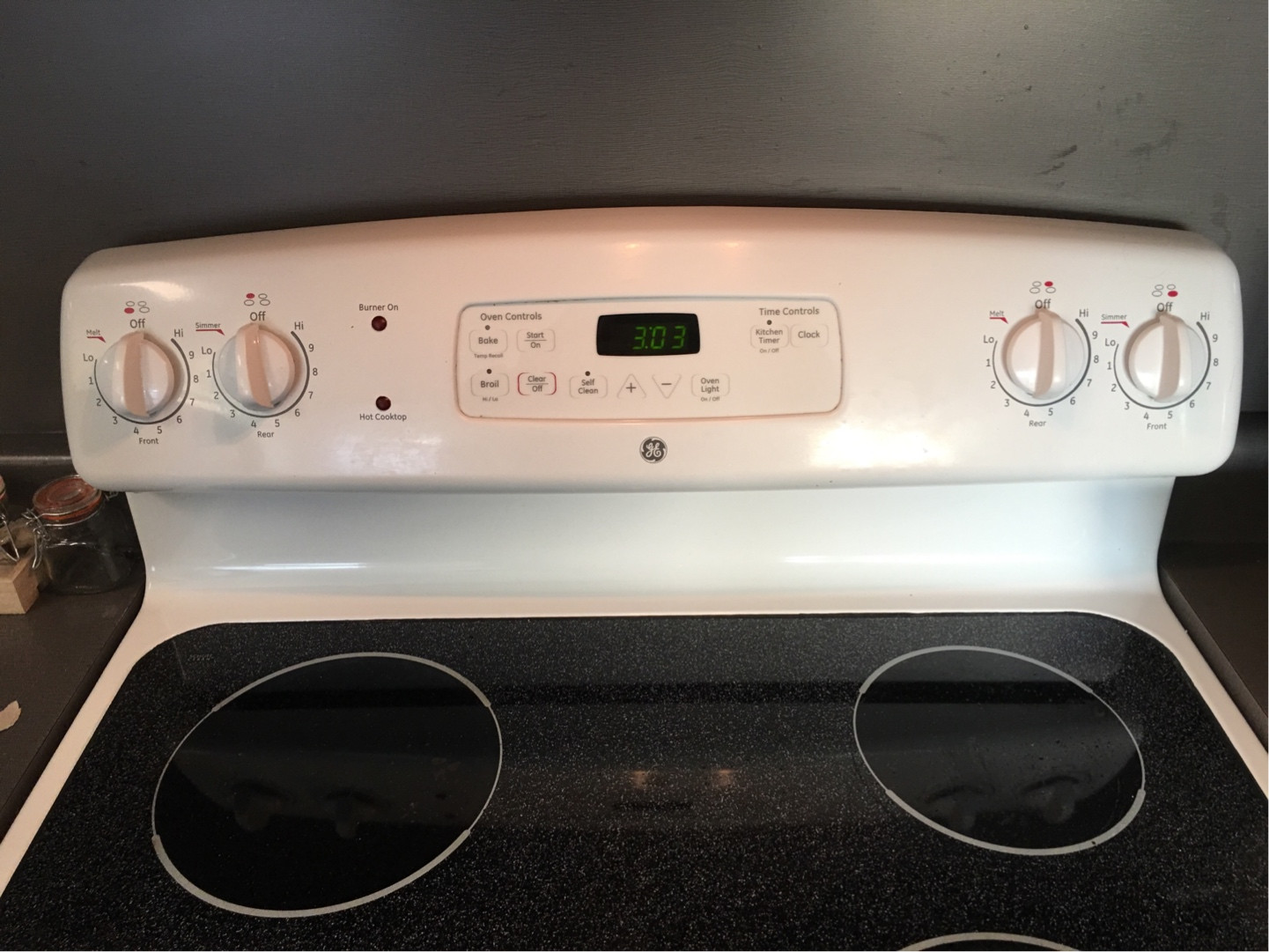 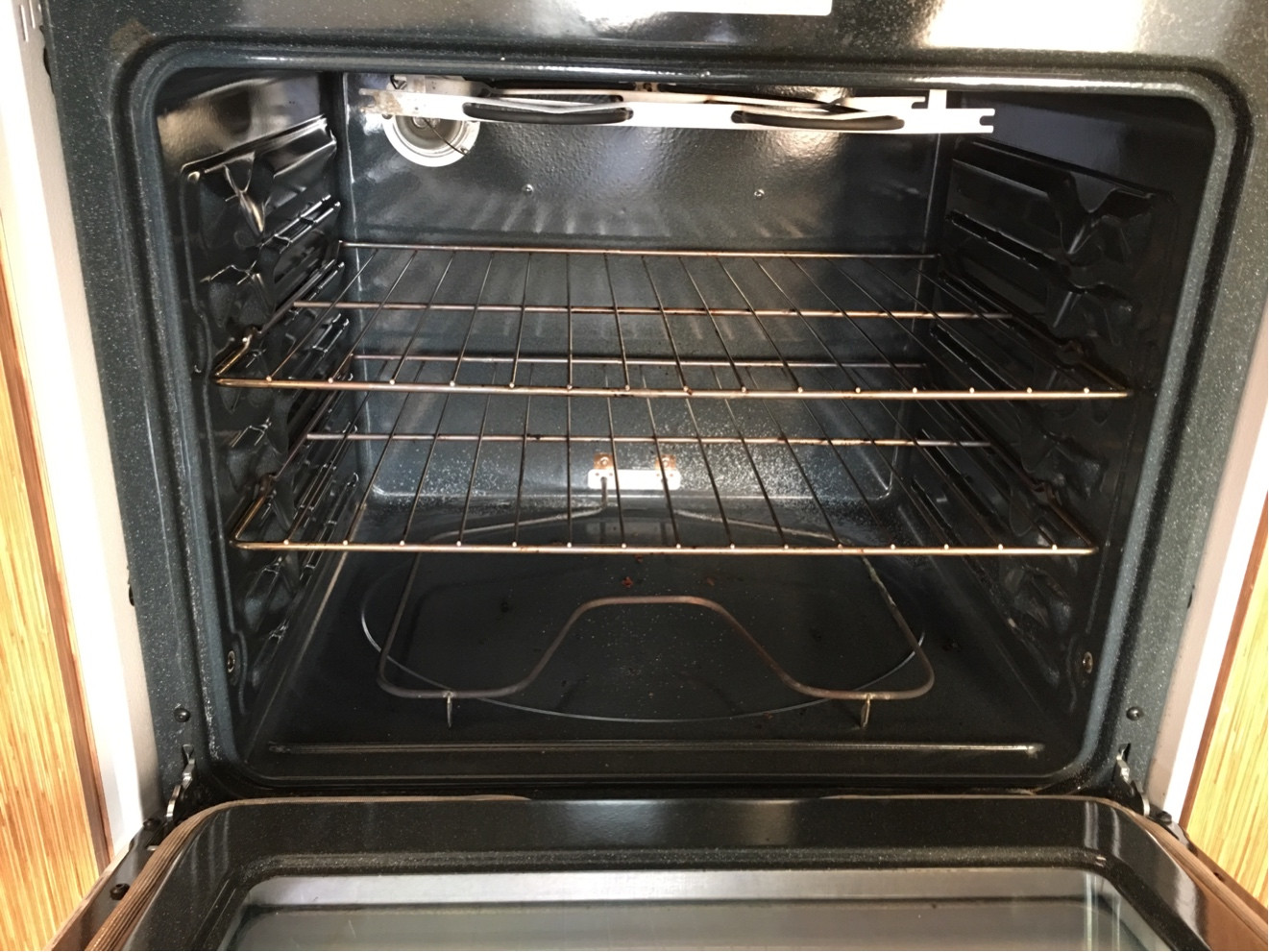 As suggested by Catija, moscafj and Ecnerwal the first thing you want to do is get a oven thermometer to verify that the temperature you're setting is the one you're actually getting. If possible you might should to bring it back home to see how well your home oven is calibrated. It may be the case that your home oven is slightly off in one direction and your dorm in the other direction so you might need to make a bigger adjustment than just testing your dorm oven would indicate.

That said, it sounds like your problem is that you're leaving the cookies in the oven for too long. Chewy cookies are basically under cooked cookies, you want to take them out of the oven when they're golden brown on the outside while still soft in the middle. Differences in lighting and glass between your old stove and the new one might make it harder to judge when the cookies are done, causing them to appear less browned then they actually are. Also cookies will still cook a bit while cooling on the counter, hardening up, so you're aiming for cookies that are a bit less done than you want in the end.

It may help to bake them at a higher temperature.

The combination of needing to bake longer and coming out drier seems to me to be interlinked, moisture is lost in that extra time. A higher temperature should mean they will take less time to bake, which should let the cookies set before losing their moisture.

in the same vein, it is possible that the oven calibration is off, so it may help to check - this can help figure out adjustments for any other recipes. If you can find or borrow an oven thermometer, this would help.

Final suggestion - if the cookies are still coming out too dry, even after playing with baking time, you can try dripping water (or milk, etc) on top of them while baking. The moisture will evaporate off, of course, but it will prevent some of the internal moisture evaporating out while it lasts so you end up with a moister product. If you are making the dough, like from store-bought mixes, you could add more water to begin with, but even the pre-made dough can be wet down before baking (or during) with little difficulty.

I have a history of bad apartment ovens, and at least 2 dorm ovens. The two things I can strongly suggest are a thermometer, so you can know with some certainty that when the oven thinks it's at 350 the temperature in the oven is actual 350. Oven temps will peak and valley around this number, but should normally withing 5 degrees in "good" oven, but I've had one with a 15 deg F variance.

One other thing would be to add some mass to the oven (thermal sinks). My go to is a pizza stone, but I know some people who would wrap bricks in aluminum (fireplace bricks recommended). Cheaper ovens hold less stable temperatures, and the added mass helps stabilize oven temps. Flattening the peaks and valleys of oven temps will help tame a bad oven. After it's tame you might find that 350 is actually 375, and you will have to adjust down now that peaks in temperature are less likely. Your preheat time will get longer with the additional mass in the stove.

I've read that the type of oven can affect the bake. An electric oven being one of the dryer ovens, while burning gas can create small amounts of water vapor. Professional bakers' ovens often use steam heat, creating a very moist environment for baking. You can add a tray of water, usually on the lowest point in the oven, to create steam. I've done that for bread baking. Bonus: the water will also act as a heat regulator, like the pizza stone.

All else fails you can pull the cookies earlier, or ball cookies to make a large center mass that could cook slower.

Good luck and enjoy the challenge of dorm cooking.

This oven don't have any form of vent/ air circulation. When cooking put a tray of water at the bottom (or heat-resistant bowl).

Put the tray with dough in the middle and use both heaters. In such oven I usually cook cold dough so the time of cooking is +10% of normal time.

You can experiment and after cooking time don't open the oven and leave cookies for 5 minutes for "cool down".

Rotate the tray half way through? My corner cookies always brown faster so I either arrange in a circle pattern (wastes space) or make those corner cookies fatter/smaller diameter.

Also, err on the side of gooey. If a couple are too raw, they can even be briefly (shock horror) microwaved.

I have the same oven and the same problem! One side of the oven cooks hotter than the other. Also, it takes forever to preheat. I have a thermometer hanging in the oven, and when the preheat signal says that the oven is up to temperature, the thermometer always says it's still 10 or 20 degrees cooler. So I wait until the thermometer reaches the right temperature before I put anything in. Don't trust the preheat signal. But that still hasn't solved the dryness issue.

4
Why do my cookies fall flat and not cook on the bottom?
5
What ingredient changes will make this cookie dough more workable?
0
My cookies are turning out like cakes
2
Cookies rise nicely in the oven, but then collapse
4
Lace cookies TOO thin?
5
Reformulating a rolled cookie recipe to reduce distortion of design
8
Are these almond cookies likely to be a success if I make them vegan by substituting coconut oil for butter?
5
How can I substitute dutch chocolate cocoa for flour and maintain proper recipe PH in this cookie recipe?