This is a 12 cm inch blade utility knife.

As you can see the bolster (fat part near handle) extends out on the edge side. On a flat surface like a cutting boards it takes the handle 1/3 of the edge out of play for any task you need to slice all the way through such as mincing.

I cannot think of a single task I would prefer that design. Is there any purpose to extending the bolster like that on a utility or cooks knife? I could understand on a boning knife or small paring knife. 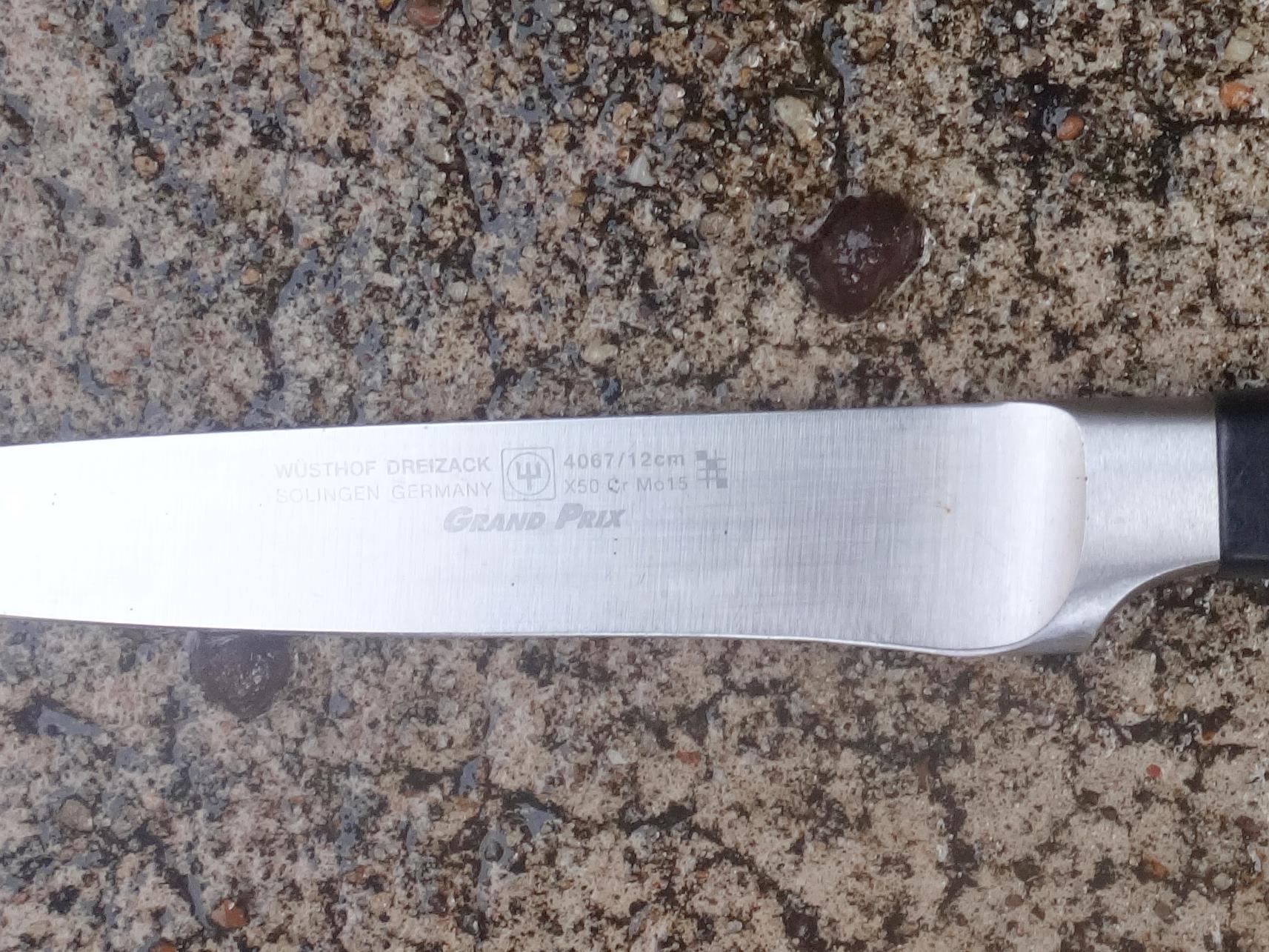 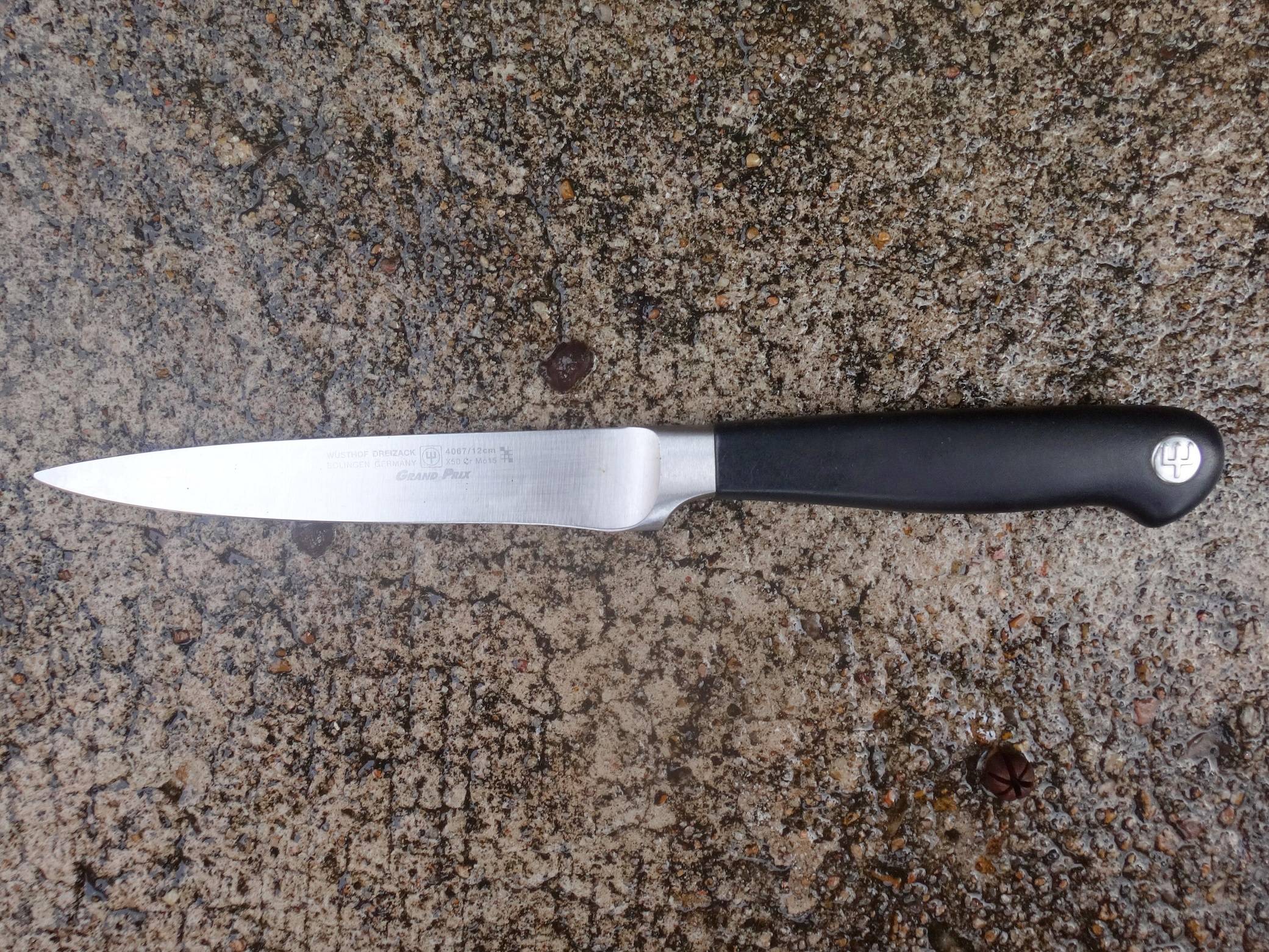 The background is wet cement. I went outside for the light.

In response to comments:

I don't think this is due to sharpening but cannot be sure. The chef's knife in the set does not have protruding bolster and I use/sharpen it almost as much as the others. The chef's knife is also thicker and could be different steel. I sharpen with a Spyderco Sharpmaker Sharpener like twice a year and hone with pretty much every use. The Wüsthof hone came with the set. I don't even use the Spydeco kitchen knife that also has the protruding bolster and I only sharpened it once with the Spyderco Sharpmaker Sharpener. I accept the comments it could be worn from sharpening.

For my replacements I will avoid a bolster that extends all the way down. I am looking at the Wüsthof Classic Ikon series. Or I may not replace and get a Santuko for mincing. As is the knives still slice and dice fine.

My neighbor has a belt sander and is going to grind down the bolster.

One possible use would be as finger protection in case you lose control of the knife and slip forward.

Quote from zknives.com, considered a reputable source on knife technology: "Thus, the only time when the bolster acts like a finger guard, is when the blade is very narrow, such as one found on the boning knife."

Given the blade IS narrow and recessed, the same intent is likely - make it less likely to slice your fingers open if you eg forcefully stab forward and hit an unexpected obstacle in the cutting medium, with momentum making your hand go further forward than is safe.

19
What is the benefit of using a Mezzaluna Knife over a traditional knife
7
How to properly sharpen Santoku and any other knife using a water sharpener/Japanese whetstone?
2
Knife heat treatment
2
Sanitizing Carbon Steel Chefs Knife
0
Method of sharpening knives with steel
7
Stained Knife Blade
3
Swedish Knife ? What is this?
2
Am I unwittingly damaging my knives with amateur sharpening?
4
How to maintain my knife? What am I missing, and what am I doing wrong?