The family is eating home roasted chicken tonight. I cut into it, and found this bright green "line". What is it? 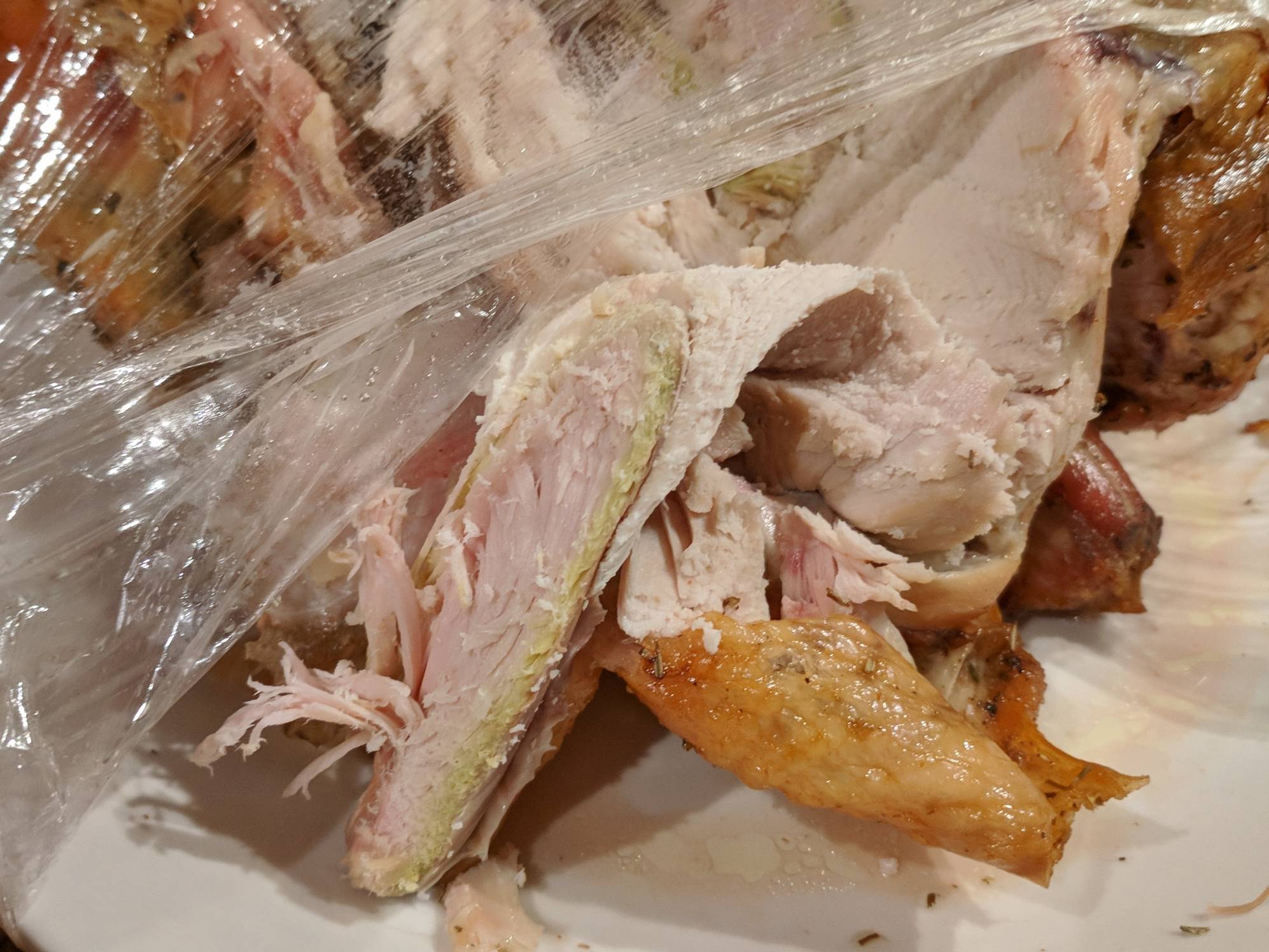 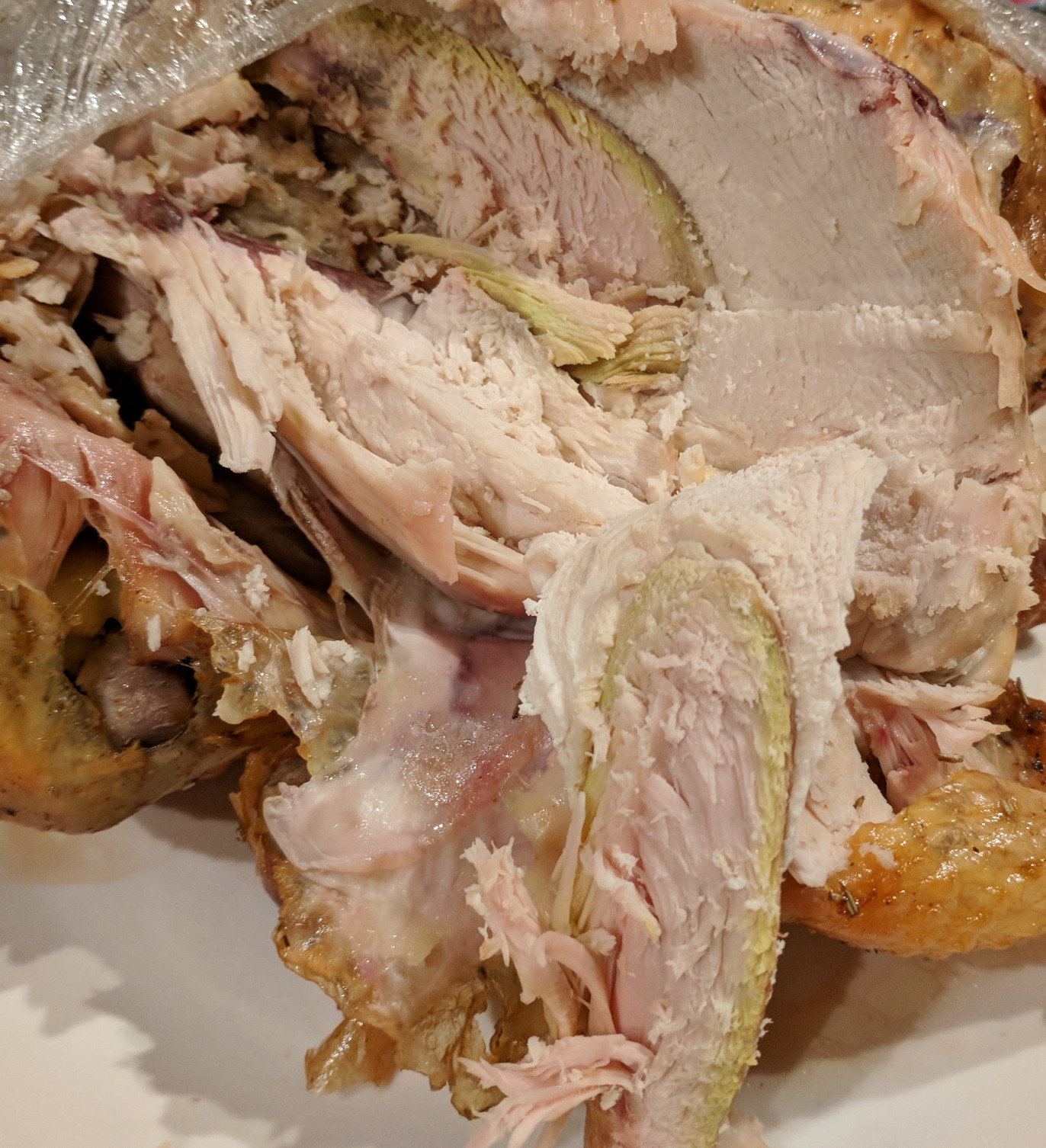 I believe the most likely cause from the look is a condition known as Deep Pectoral Myopathy, also known as Green Muscle Disease. If you are interested in an explanation of the condition, here is a reasonable write-up or just search on that term. The basic issue is an internal injury to the muscle of the bird that results in blood restriction, typically in the "tender" area of the breast and is more common in modern broiler chickens and broad breasted turkeys that are popular with home growers and almost exclusively used in many areas such as the US for commercial birds. Green and blue coloring in the muscle is the result of the damage and the cells dying from the damage in that area, while the bird remains healthy. Normally the damage is not detectable by any inspection until the chicken is cut up, so missing it is not an inspection issue.

When I have researched it before (I raised meat chickens for a few years and did have a couple instances of it.), the claims I could find places like the Center for Food Safety claim safe. Not something I would personally chance in any case myself. Reports I have found claim the effected meat tends toward stringy, woody, and lacking in taste. To me green meat means do not eat, so I personally discarded those claims and am not sure why others chose to take such risks, but risk is a personal choice I suppose.

Not the answer you're looking for? Browse other questions tagged food-safety chicken or ask your own question.

135
What is this colored fiber in my chicken?

8
How thoroughly do you need to clean the inside of a chicken before baking it?
15
Are Green Potatoes OK?
4
Is it best to slice roast meat if eating the next day?
6
What has happened to today's chicken compared to the chicken in the 1950's - 80's?
0
Why does the inside of fried chicken sometimes turn brown?
135
What is this colored fiber in my chicken?
1
How to achieve a crispy skin when roasting a chicken?