How to roast chestnuts on an open fire?

I have never managed to successfully roast chestnuts on an open fire. I tend to end up with charred chestnuts, which are inedible.

Is there a good technique for this?

In Spain, the traditional way is using something like this: 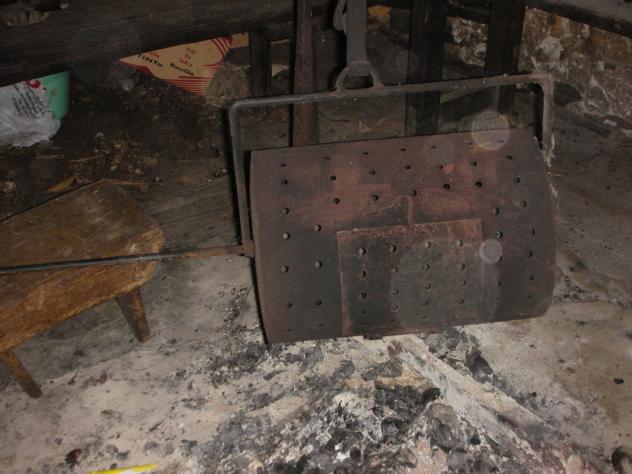 Or a pan with holes. The big day to do it is called Magosto and it's celebrated on 11/11, but it varies from town to town. It's one of the closest things to a barbecue, you first roast chorizos, then you roast chestnuts.

If you don't have access to those tools, your best option is to put them close to the fire. Make a small cut in almost each chestnut (to release moisture). The ones without the cut will pop and tell you when they start to be done. Start checking for doneness at that point.

Maybe you already knew about the cut, but I know some people don't roast at home because they don't know it can be done in a regular oven if the cuts are in place to avoid the chestnuts popping wildly.

As was suggested in one of the comments by 'It Grunt', you can soak them in water for a few hours before the roast.

Place a metal plate or barbecue grid above the fire (preferably charcoal fire - without too much flames especially if you use a grid.) And warm it up.

While it is being warmed, make a puncture or a incision on every chestnut before placing it on the fire, or else you will get crackers.

People do it in two ways mainly: 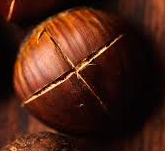 I prefer the first one (one slice down the middle), as it is less work and for some reason I think it is easier to peel off afterwords.

Place them on the metal plate or grid for 20-40 mins occasionally turning them and moving them around (if the fire is not the same everywhere). Depending on the fire and the temperature the time might vary alot... but when they are done they will look like this:

Btw, this kind of surface (as in the picture above) works best. But they could be done even on a metal plate without holes. (With holes is preferable as they actually get 'touched' by the fire... which enhances the taste.)

Then simply peel them off (both outer and inner layer) and enjoy.

Similar preparation could be used for conventional cooker roasting. But everything on fire always tasted better!

Some might call this cheating, but I've found that boiling chestnuts tends to make them easier to eat. Roasting them can sometimes dry them out. I also find they keep their natural sugars intact better so they taste sweeter!

Not the answer you're looking for? Browse other questions tagged roasting fire chestnuts or ask your own question.

25
How to peel chestnuts?

25
How to peel chestnuts?
9
Fire side cooking
6
How to salt and roast pistachios?
1
Can I cook with fire?
3
How do I roast eggplants without a gas stove?
4
How to cook roast potatoes at low temperatures?
2
Have I over- or under-cleaned my cast iron dutch oven?
9
Is there a reason to not just cut chestnuts through before cooking them?
9
How to roast potatoes in the oven to make them crispy?
2
Baked Potatoes Cooked Over a Fire