What went wrong with this bread?

I just baked this bread using sour dough. Why is there a large hole in it? What can I do to prevent this from happening next time? 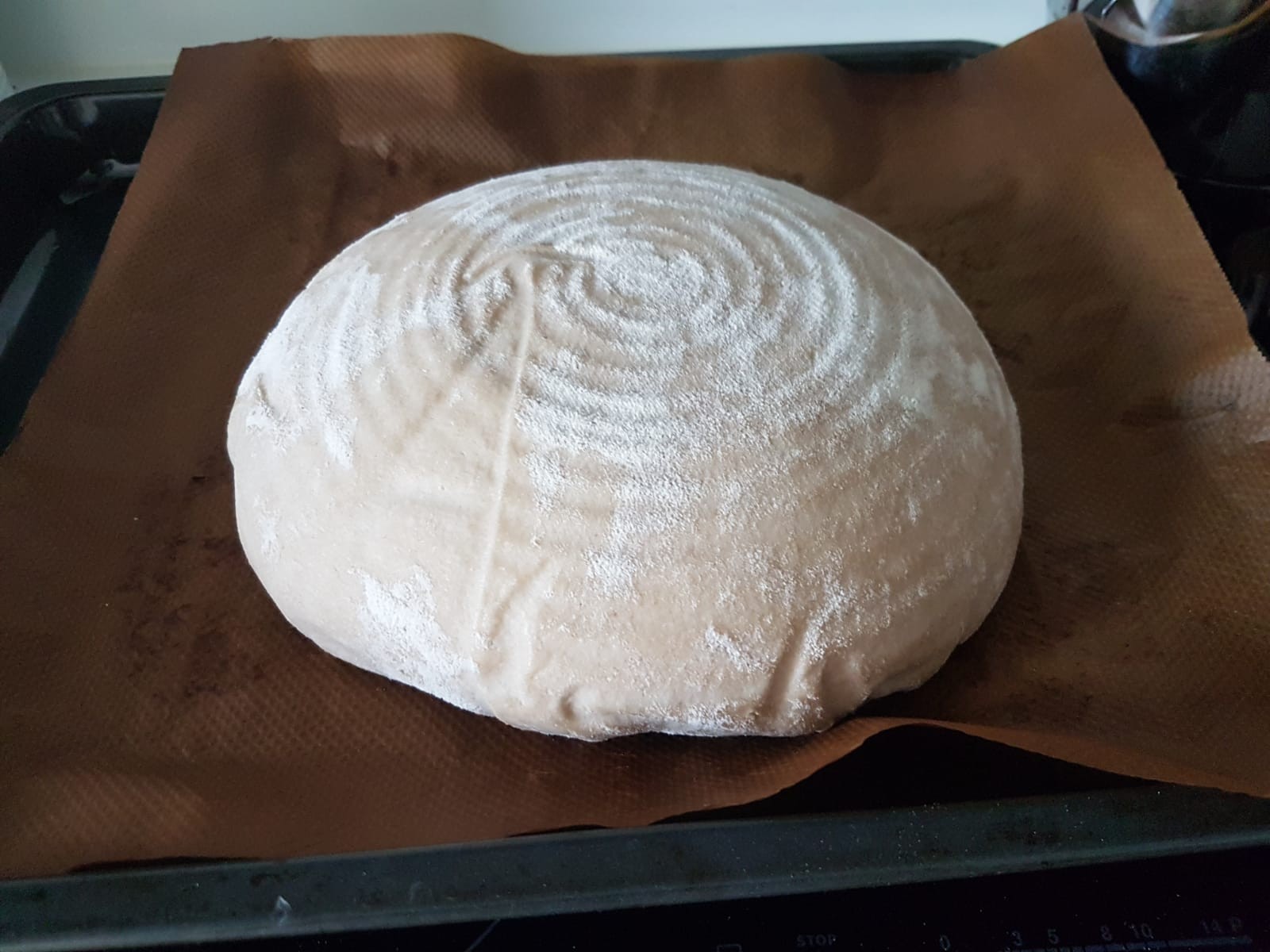 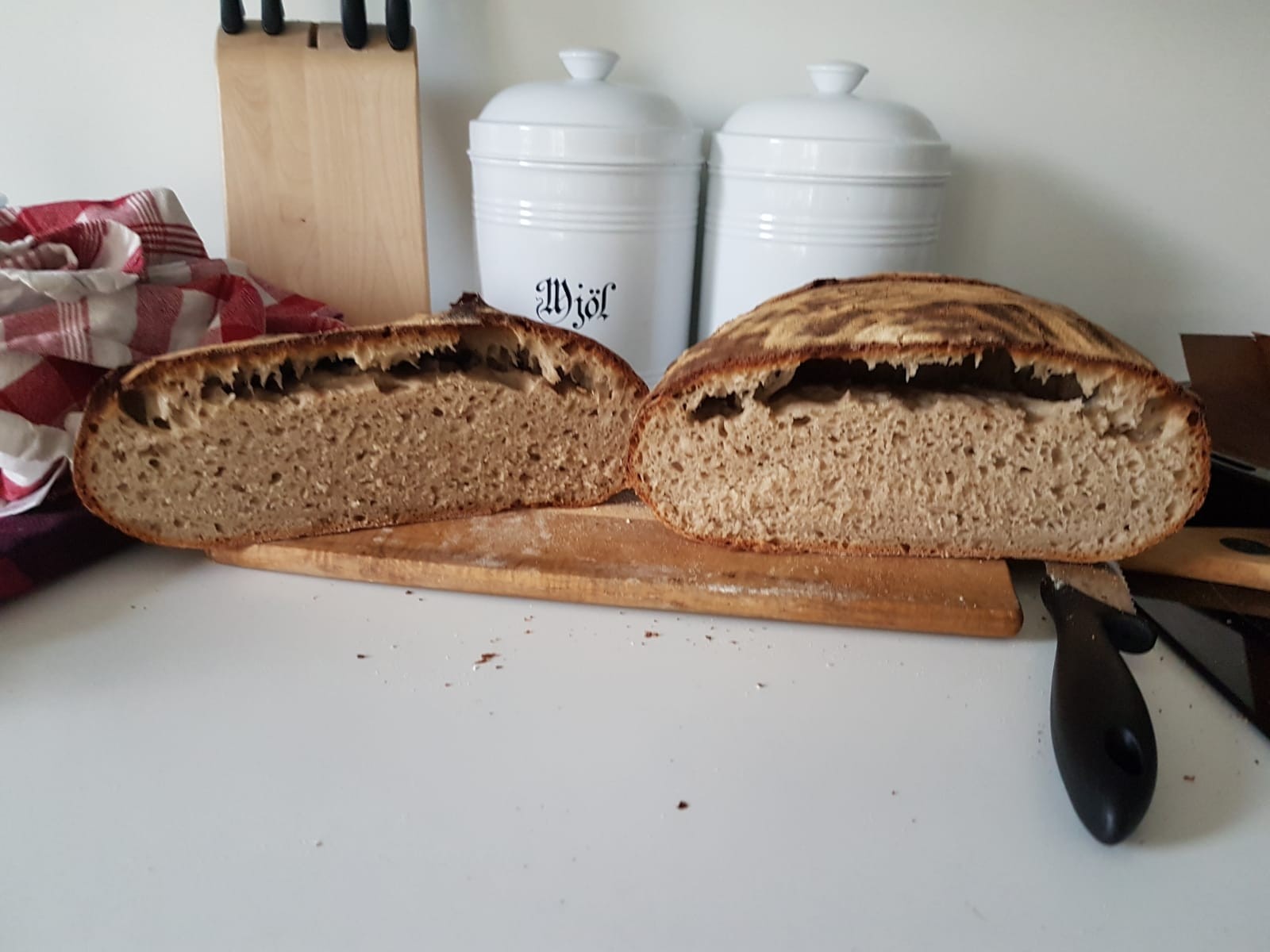 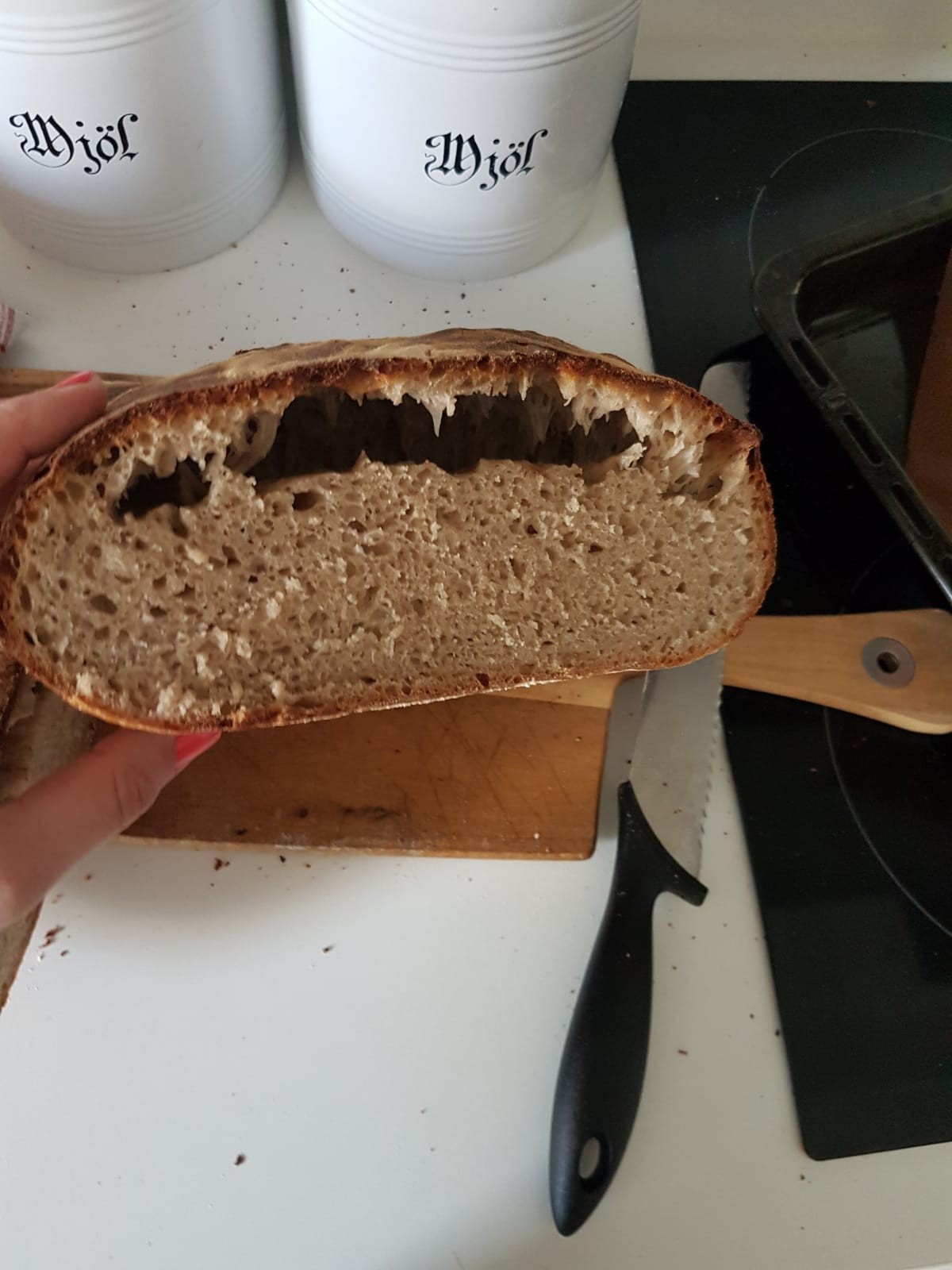 You got close, it looks like you had good gluten and structure, I think there's a maybe more than one thing you can do to prevent this:

One thing also, if you don't have steam in the oven the crust will form too quickly and you won't get oven spring, resulting in a tight loaf. Put a pan of boiling water in a few minutes before you put your loaf in to bake, then take it out after 20 minutes if it hasn't all boiled out. This has nothing to do with the big hole, it's just a tip.

This looks like "flying crust". See http://artisanbreadbaking.com/problems/. The cause is usually that your loaf was allowed to rise for too long in too dry an environment.

Make sure that you proof the loaf in a humid environment. I cover mine with a large clear plastic box, which does the trick.

Not the answer you're looking for? Browse other questions tagged sourdough or ask your own question.