How to make a longer “Cheese Pull”?

Cheese pulls are trendy now a days. What are some ways to get a longer cheese pull and overall stretchy cheese?

Is there a particular type of cheese that is better than the rest?

Should I mix multiple types?

This is for general dishes like pizza or grilled cheese, nothing specific.

Would thickening the cheese with flour help for example? 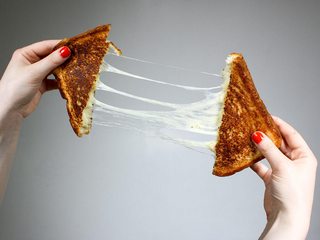 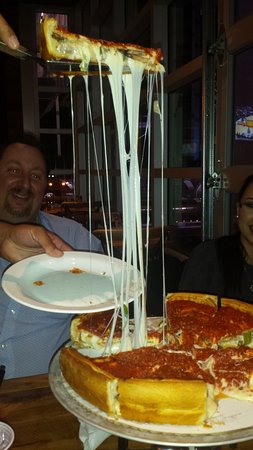 The "cheese pull" is considered to be one of the oldest advertising tricks in the book. From QUARTZ :

In advertising, the cheese pull is more than just a tantalizing glimpse of melted goodness. It’s an idea, and an enduring one at that. Advertisers use it to communicate with the part of our brain that’s not verbal, with the primal core of our being that doesn’t understand words but responds with hunger, thirst, arousal, desire.

In food advertising, the cheese pull can “trigger deep-seated memories of food experiences” to “signal an enjoyable experience in you,” said Uma Karmarkar, an assistant professor of marketing at the Harvard Business School. “Food is what we call a primary reinforcer,” she said. “We recognize the value of food items even when we can’t touch them or feel them in person.”

(Interestingly enough, this article tells us about other ad 'gimmicks", as well.)

So, it makes sense that, if it works in advertising to make us want a certain food, it would work the same way in practical use, perhaps enhancing our perception of that food we are about to eat.

The first and most important thing is the cheese. While you can use any cheese in any dish, it's better to pair the cheese with the dish it will be used in. E.g., mozzarella is considered one of the best cheeses for a great cheese pull. That said, it doesn't have a huge amount of flavor. So you wouldn't want to substitute it for a more flavorful cheese, but you may want to mix some in with another cheese.

Another factor is temperature. If you want a good cheese pull, you need to let the food cool ever so slightly. Too hot, as in 'just done' or 'just out of the oven' and the cheese may be too liquid. Wait too long and you have the opposite.

Additionally you want a good melting cheese. This article from Bon Appetit discusses eight of the best melting cheeses for a cheese pull. They indicate that a young cheese will melt better. (I'm sure that anyone who has melted an aged cheese will agree with that.)

Generally speaking, younger, fresher cheese is going to give you a better melt. You know, the softer stuff.

(I do disagree with them on one thing, however. I've not found fresh mozzarella to be a good 'stretching' cheese.)

There are some other hacks that can help you get a good cheese pull. E.g., for a commercial shoot, they may cut a slice of pizza (in the raw dough) so that after cooking it can be more easily lifted with a spatula without completely severing the cheese strands by a knife or pizza cutter.

So, for practical use, you could entirely slice the raw pizza dough to get the same effect.

The cheese pull has become quite popular. It's not limited to pizza and grilled cheese. Taco Bell is incorporating it in some of their dishes. From the QUARTZ article linked above:

Taco Bell recently co-opted the techniques of its sister brand, Pizza Hut, to push its cheesy new menu item—the Quesalupa. The fast-food chain spent two years perfecting the messy practice in stores and on camera to ensure that the strands of pepper jack shown in ads resembled what customers encountered when they pulled the quesadilla-chalupa lovechild apart themselves.

And there are a lot of recipes online for pull-apart cheese breads - looking delectable, of course, because of that stretchy cheese.

Last, but not least, experiment. A good cheese pull can be created from almost anything that has a good amount of cheese.

6
How can I minimize “stringing” of cheddar cheese

5
How do I make my cheese “crackers” less greasy?
10
Cheap cheese is tasteless. Can I make it tastier in my mac and cheese?
2
How do I make a cheese, sausage, cracker spread?
5
how do I make my goat cheese creamy?
8
How can I make my cheese sauce creamier?
3
How can I find out how to make clothbound cheddar cheese?
6
Did I accidentally make cheese?
2
How to make alfredo creamier longer?
5
How to remove moisture from cheese that is stored in a liquid?
2
Can I make a cheese sauce with edam cheese?