How can I keep my burgers flat?

I have tried to keep my burgers flat for a while but they always end up turning into a ball and I have to flatten them out as they cook, even tried the little hole in the middle of the patty but it doesn't work.

It's ground beef (90/10 angus beef) and I'm only adding salt and pepper before i shape them. I am doing 8 oz patties and grill at medium high temp.

Ok the inflation is gone, put no salt on it and added a bigger dimple. Now my second question would be, what can I do to keep the meat together?. Sometimes about 30% of the times it breaks a little from the sides.

Many chefs in the USA recommend pressing a large dimple in one side of the meat patty before cooking it on the nondimpled side first, to prevent the problem you are experiencing

You shouldn't salt burgers before shaping; it tends to give them a sausage-like texture instead of a burger texture. (See, for example, this note from Cook's Illustrated). Salt the burgers, outside only, just before you put them on the grill.

I suspect that firmer texture probably makes the balling up problem worse, and that's why normal approaches like a thinner area in the middle aren't able to overcome it.

If you want the texture you get from salting them before forming, then you'll have to get a press (or re-purpose something as a press, small cast iron pan for example) or cook them with less heat (you could, for example, bake in a low oven or bag and sous vide them, then just brown over high heat).

Try a burger press, such a this one Burger and Meat Press with Wooden Handle available online at Home Depot.

To use, place on your grill to get warm, and then place on top of your patty while it cooks. They're made of cast iron, and have some weight to them, which makes keeping your patties flat pretty easy. 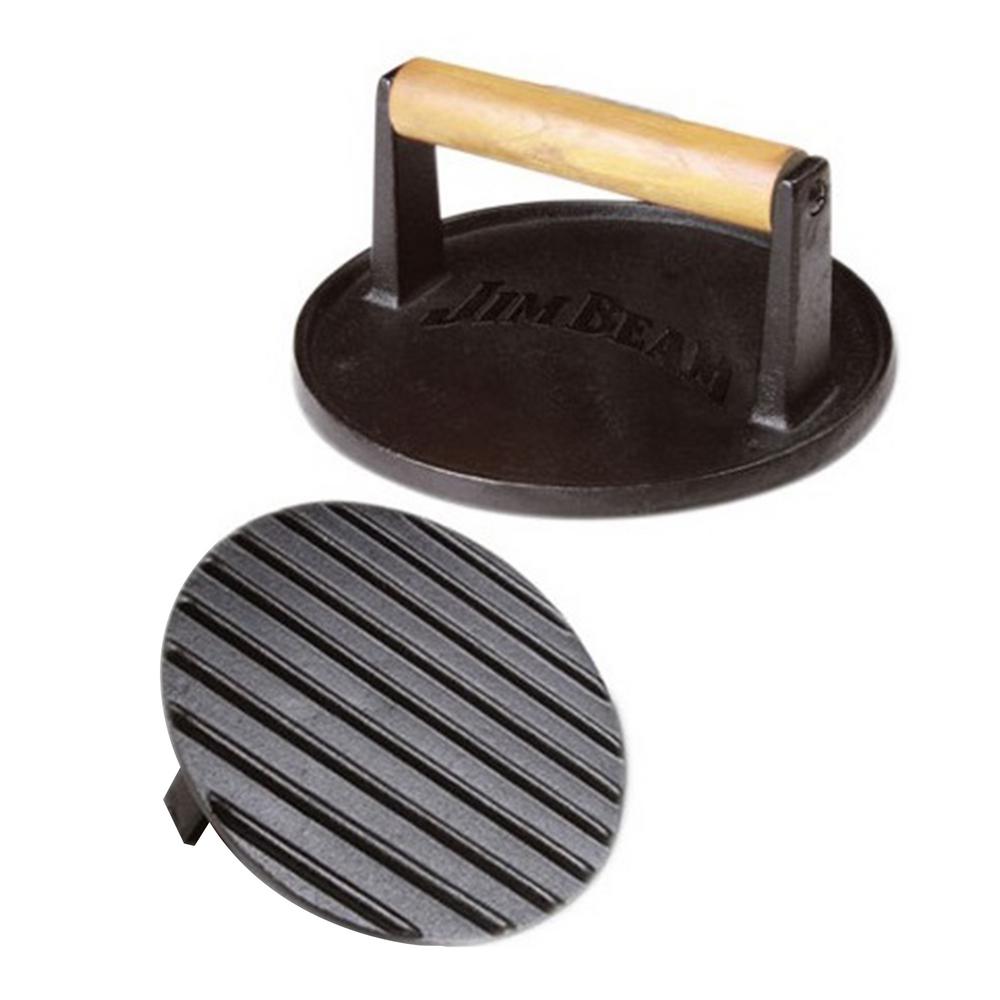 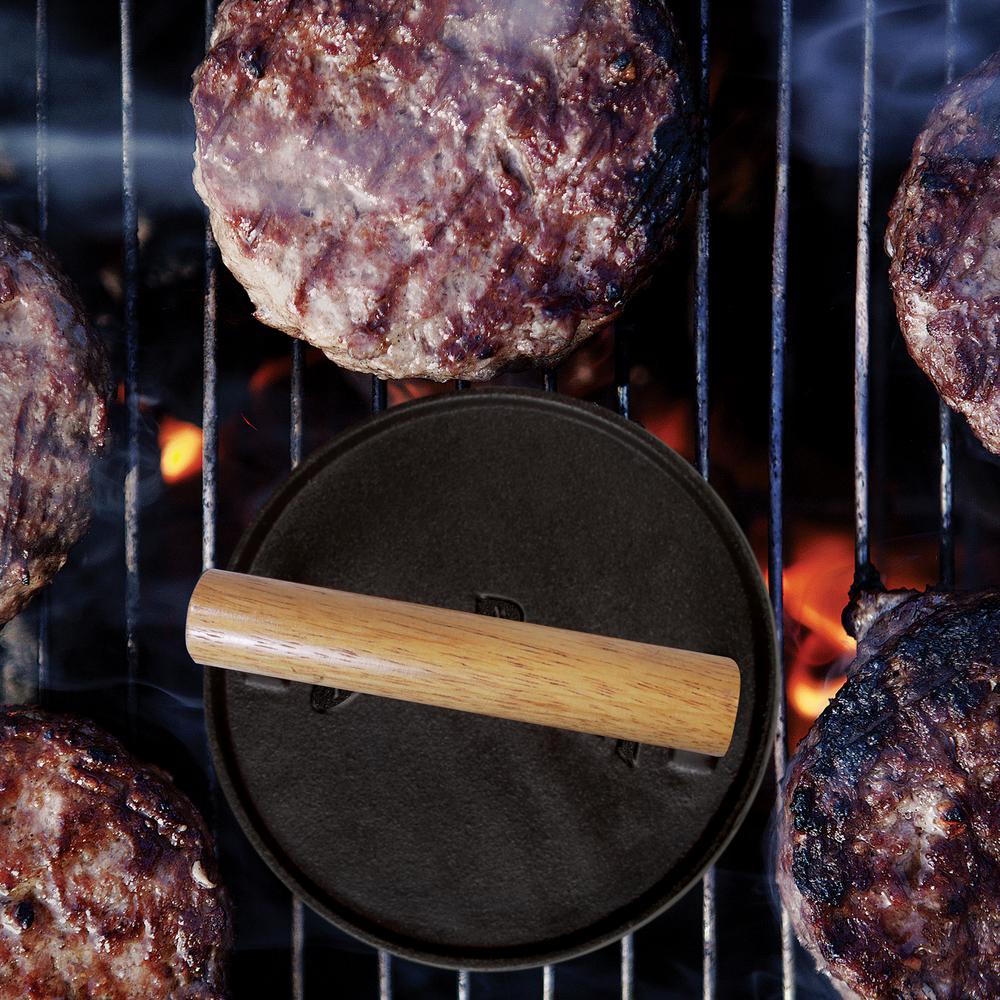 The chemistry of your "burger recipe" is affecting the physical 'cupping' action of the patty; as you explained here:

I'm only adding salt and pepper before i shape them

My question to add quality to my answer though, is, are you adding more salt to one side of the patty over the other? That could explain the cupping action. It is precisely like two dissimilar metals forged together and then heated again and then you notice the arching of the 'unified' piece of metal.

So, consider how you are seasoning the meat before cooking. Perhaps consider seasoning while you are cooking.

The only other option is the dead-weight/press that you see posted above; which does work well, but you are only countering the forces of the edge cupping upward (before being flipped).

I make patties every few weeks and have resorted to freezing them before frying them on my outdoor flattop. I don't find that a dimple is needed if you're making smash-style patties.

I season the patties once I flip them the first time, and I cook them at 230C/450F on a oiled flat top.

The freezing is optional, but it produces a patty that doesn't fall apart when using leaner meat. The frozen patty takes 1-2 minutes longer on a hot flattop to cook, and the texture/flavour are not significantly changed. Using "regular" ground (18-25% fat) doesn't require the freezing step.

Not the answer you're looking for? Browse other questions tagged hamburgers restaurant-mimicry grill or ask your own question.

3
A burger made from pastrami
26
What's that scum at the sides of my home-made burger when I cook it?
2
How to make salt in burger permeate throughout the entire meat?
9
How to put the bacon IN the burger?
8
How is one supposed to properly eat multi-level hamburgers?
4
Ground beef burger patties turn gray not brown
1
Frozen raw beef patties vs cooked refrigerated patties?
0
Whole Egg, Egg White or Egg Yolk for binding Hamburgers
17
Extremely hard layer after cooking the burger on the grill
1
How can I avoid my patties bulging in the middle?