What is this paste I got from boiling down coconut "whey"?

I have been fascinated with taking byproducts of a fresh coconut, and this time I got this sweet and very sour paste from boiling down coconut "whey"

First, let me explain what is this coconut whey :

Now, I thought this whey would be mostly water and sugar, so take the water of you have... sugar!

After boiling it down, I stopped when it began to stick in the pan, the end result was a very sticky gooey paste, that at first taste is sweet but then comes a very unpleasant sour, maybe acidic aftertaste, might be due to not having removed the darker outer skin, or maybe due to the lauric acid?

So, any idea what is this? What can I do with it? Did I do something wrong that it became so sour?

I know this isn't the same as coconut sugar you see in stores as that one is taken from the tree not the coconut itself.

Picture (trying to dry it in the oven because its too sticky) : 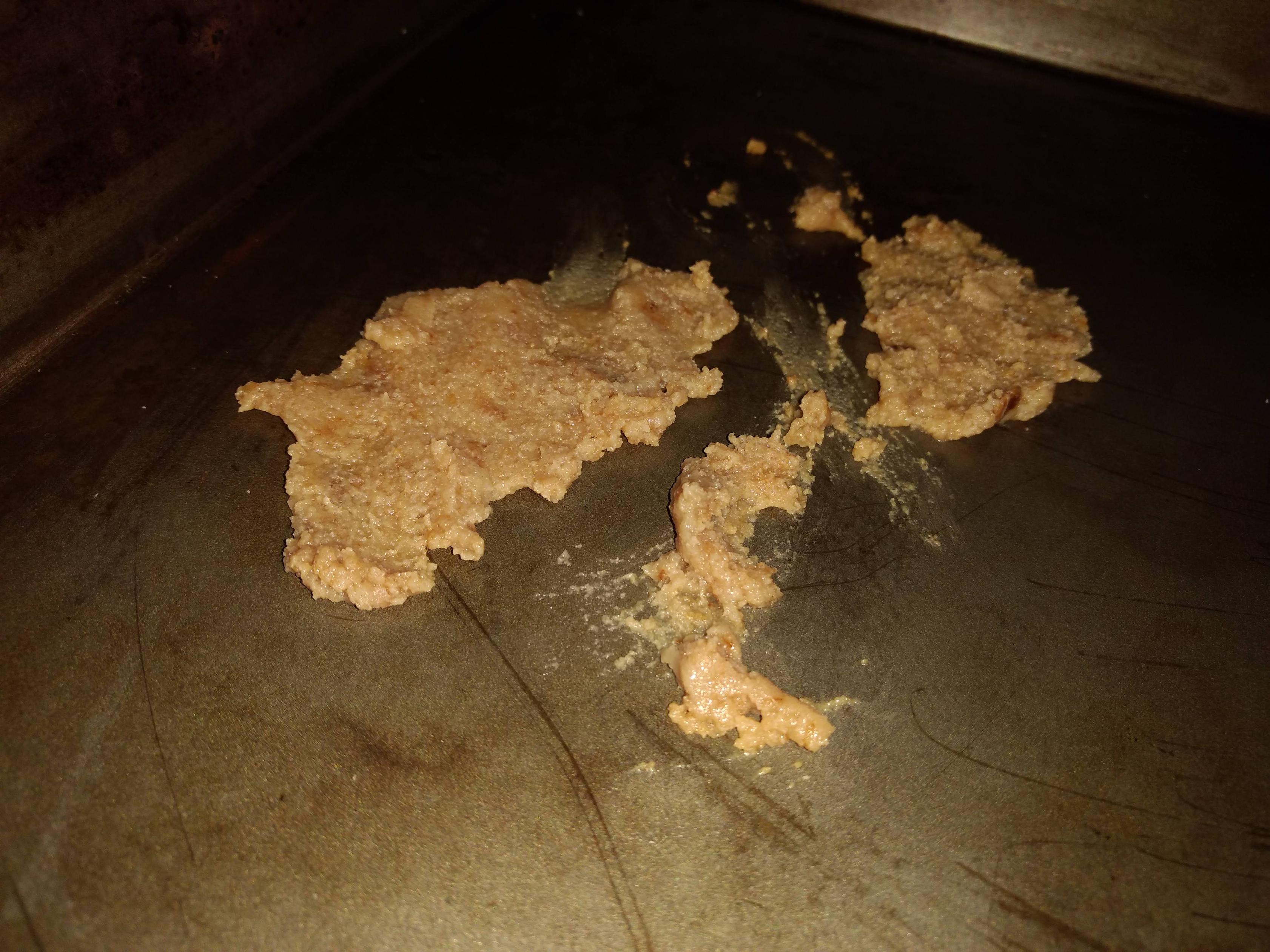 From the process you described it sounds like you have refined down more of the heavier nutrients contained into coconuts into a really concentrated paste.

Using the nutrition facts I've found on wikipedia for what exact molecules are found in a coconut (I've linked below), there are significant amounts of zinc, iron, potassium, and magnesium. These all commonly give a metallic taste to food. These metallic tastes when you eat raw coconut are normally masked by the sugars and water in the meat of the fruit to balance the flavor. There is also a considerable amount of glutamic and aspartic acids in coconuts that are dense molecules and would sink to the bottom of your mixture overnight and add a relatively sour taste.

When you went through your separation in step 3 and removed some things from step 4, you took away a considerable amount of the simple sugars and water from the coconut matter. What was left in the bottom part was the heavier molecules like the metallic tasting ones, heavy acids (glutamic and aspartic), and bits of calcium and some more complex sugars that would give the immediate-but-fleeting sweeter taste. As soon as you started cooking away the water and breaking down the sugars, the concentration of these metals and acids will get stronger and cause that odd sour taste. The stickiness will come from the sugars and acids that are left in the coconut with the bits of moisture.

Imagine cooking highly concentrated sugar with some water and citric acid on a stove (used in tons of hard candy recipes) and you will get a similar result for stickiness. The reason this sticky substance doesn't harden like hard candy is because of all the other bigger molecules keeping it from cooling and forming a crystalline structure, therefore it just stays a goopy mess. Even though citric acid isn't really in coconuts, it has enough of an organic structure to be comparable to glutamic/aspartic acid in this instance.

"Coconut Sugar" is actually made from the sap of the plant, not the nut. Basically, you made a type of "coconut whey paste". Since it lacked the fiber and most of the oils it was viscous and sticky. Also, since it included "milk" from the "testa" (Peel of the coconut) it was sour.

So you reduced the whey down to its: solids + sugar + some testa. As I said sugar is made from the sap of the tree so I don't know of anyone who has found a use for what you have created. I would be very curious what you end up with if you peel the coconut before the process. I would bet it wouldn't be as sour.

With a little more work you are well on your way to a "Coconut Protein Bar" recipe! lol