Does freezing meat lead to differences detectable by blind testing?

"Fresh" meat tends to be coveted relative to frozen meat. I'm not inquiring about the debate of frozen vs. fresh, but rather am wondering about the potential magnitude of the differences between fresh and frozen meat.

Imagine a scenario in which a person buys a whole striploin, or chicken, or salmon, and freezes half of it. Later on, the meat is thawed and it is cooked alongside the fresh (never frozen) meat, and a taste test takes place comparing the fresh vs. frozen meat.

Is the effect of freezing meat so large that it can be detected by blind testing? I'm looking to get into freezing meat and am hoping that it has a very minimal impact on flavors and texture, assuming I do it correctly.

Meat is... complicated. There are many factors here, but it helps to have an understanding of why freezing affects meat at all.

The first impact is textural: ice crystals that form during freezing damage cell membranes within the meat. This primarily affects the muscle fibers that give meat its primary structure; connective tissues are tougher and less susceptible to damage (and breaking them down is usually considered desirable anyway) and fat contains less water in the first place. In extreme cases meat badly damaged by freezing can develop a "mushy" texture.

The second impact is that metabolic processes within the meat aren't completely stopped by freezing, just drastically slowed. From the same source linked above:

At the typical temperatures of a home freezer, the complex amino acids which give meats their distinctive flavors can continue to break down, although slowly. Some could potentially be damaged by the freezing process itself. Since the flavor of meat can vary substantially depending on the cut and how the animal was raised (including what it ate while alive) it's difficult to provide a single definitive answer here.

From a practical perspective this means that you should attempt to limit the damage caused by freezing in the first place:

It turns out that you can in fact freeze and thaw meat with results pretty close to fresh! But in the context of a blind taste test, to determine whether these results are detectable by tasters, there are other things to consider:

I'm not aware of any research that has attempted to untangle or examine these factors; there might be something out there, and I encourage more enterprising or well-read members of the community to edit in references where applicable. But I hope this suffices to answer your general question: assuming you freeze properly and carefully, you can avoid much of the damage that will make your meat obviously different from fresh. How large a difference is acceptable will depend on the meat you're freezing, how it's prepared, and the audience you're serving.

It depends on the type of meat, the way it was frozen, the public you're cooking for and the way you cook it.

and in-between these two extremes there are 50 shades of grey: 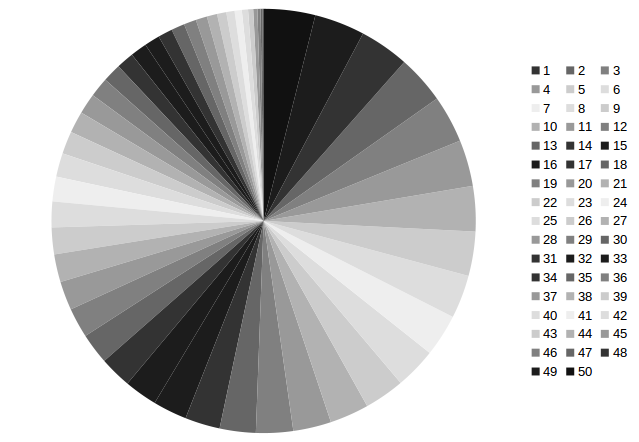 "Is the effect of freezing meat so large that it can be detected by blind testing?"

Yes, in the case of pemmican made from previously frozen beef, it's very obvious. The basic flavor notes don't change much but they become more intense. Both in the protein and the fat, the flavor will become stronger. The texture (mouth feel) also changes - night and day. I think both of these effects are mainly due to the difference in texture.

Pemmican is made of dried meat powder mixed with melted, rendered fat, 50/50 by weight, then allowed to solidify. That's the ancient formula given by Viljhalmur Steffansson, the Arctic explorer who wrote the book on pemmican.

Pemmican made from never frozen, dried and powdered meat has a sandy texture - small grains. Because the muscle cells are not damaged by freezing, they are too strong for the blender blades to shatter them completely. Below a certain size, the meat particles lack the inertia to react against the spinning blades by breaking, and just bounce off. With a 50/50 mix of meat and fat, the pemmican can be formed into stiff cakes. The fat melts in the mouth, leaving a sandy textured mass of fat covered meat particles. The flavor of the meat is overshadowed by the fat.

My pemmican made from previously frozen then dried and powdered meat is much different. The blender blades shatter the meat particles into a fine fluffy powder that looks a little bit like loose fiberglass insulation or chopped up cotton candy. If I mix this 50/50 by weight with fat, it is much too dry. This powder has much greater surface area and because the cell walls are all broken, much more capacity for absorption. Soaks up a lot more fat, so if the pemmican is made with 50/50 protein/fat by weight, it comes out dry, but the beef flavor is more intense due to the greater ratio of surface area to mass of each meat particle.

If I want to avoid a loose texture, I have to add more fat than 50/50, more like 40/60 meat/fat or 45/65. That gives me enough liquid to form the pemmican into blocks that hold together. Because the fibers still have a much greater ratio of surface area to mass, more of their surface is exposed to the taste buds, so the flavor of the meat is more intense, and because the fat amount is greater in any mouthful, there is more of a fat flavor.

Not the answer you're looking for? Browse other questions tagged meat freezing food-preservation or ask your own question.

5
why use a pressure cooker for collagen to gelatin conversion?
6
In the USA, does fish being served raw need to be frozen first?

3
Good Idea to Buy Discount Meat For Freezing?
0
How does meat nutritional profile change in freezing?
3
Freezing lasagne made with previously frozen meat
33
Does freezing butter or margarine change the properties?
2
Question on freezing lobster meat
9
Telling if small pieces of meat are cooked - blind or colour blind chef
3
Freezing meat - whole or in pieces?
2
Freezing of Meat
0
Is freezing browned meat the best option
2
Freezing meat in Tupperware vs freezer bag