How to identify CTC tea?

The Harney and Sons Guide to Tea has the following to say about CTC tea:

Today, both Flowery and Broken teas are also called “Orthodox” teas, to distinguish them from “CTC” teas. “CTC” teas (so called for the “Crush, Tear, and Curl” steps of the production process) were introduced into the market in 1931, when Sir William McKercher invented the a machine that would “crush, tear, and curl” the fresh tea leaves in one fell swoop. This technique, the apogee of British tea innovation, revolutionized the world of tea production. Essentially a massive sieve, the machine extruded fresh leaves as tiny bright green pellets, then sent them on a conveyor belt beneath powerful blowers. This machine so hastened oxidation that the pellets turned dark brown within one hundred yards, in just under an hour. The result of this near instantaneous oxidation was a tea with extraordinary briskness and consistency. CTC teas have much less of the sort of internal variation that pure whole-leaf teas can provide, the kind of magical alteration that happens when one sips a fine tea or wine. CTC teas are so much cheaper and easier to produce, however, that they have almost entirely supplanted Orthodox teas. Today, CTC teas make up at least 95 percent of the worldwide tea market and are the primary ingredient in teabags. But because they are so blunt, I include only one CTC in this book. All the other British Legacy Teas here are Orthodox, and of those, almost all are Flowery.

I've searched for images of CTC tea, as this one; but in real life, I've not encountered a tea that looks like in those images. 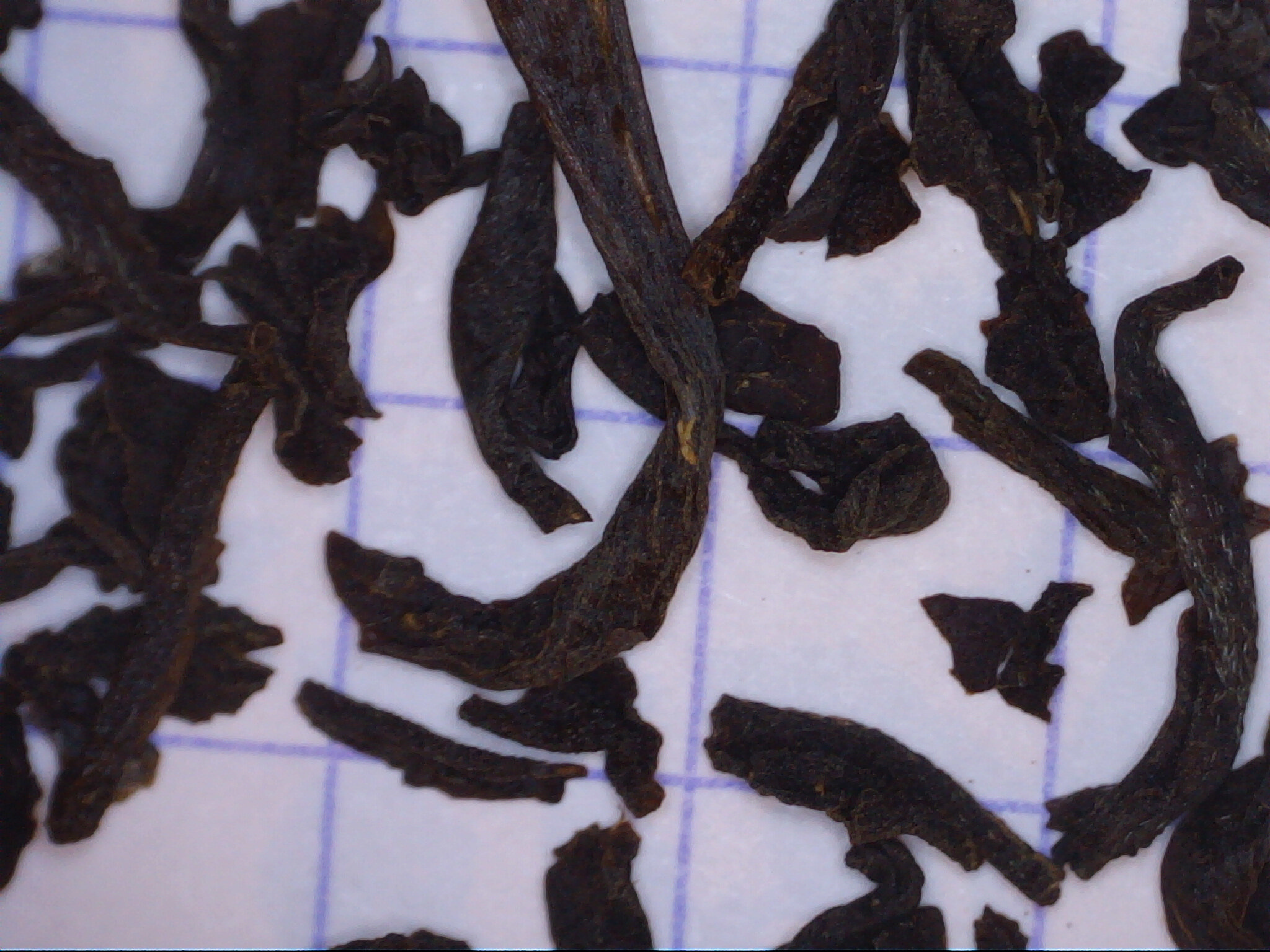 Obviously, even this tea doesn't look remotely like the linked image of CTC tea.

Question: How can one unambiguously differentiate CTC tea from orthodox tea by looking at the dry leaves?

Because of the process of producing CTC teas, they leaves have a hard, balled, granular appearance like the ones in the picture you linked. The primary place to find such tea leaves is inside tea bags; pick up some Lipton sometime. I've also found that orange pekoe teas tend to be frequently processed this way, even in higher grades.

This comparison of Sri Lanka Pekoe Grades lays it out more distinctly than anywhere else I can find; you can see there the same leaves, both processed orthodox, and via CTC. The CTC has a "gravel" appearance that's hard to mistake for anything else.

Contrary to Harney & Sons marketing copy, CTC teas are not generally considered superior to Orthodox teas, but instead inferior. The primary advantage of CTC teas for the drinker is a faster steep to produce a dark cup of tea (and hence why they are suited to tea bags). However, the process is expected to prevent tasting any of the subtler flavors in a tea blend.

The latter is very important, as CTC can sometimes be confused with 'tea fannings' or 'tea dust' which are leftovers of high end tea. Fannings and dust can be consist of parts that appear less consistent in size.

Not the answer you're looking for? Browse other questions tagged tea grade or ask your own question.

7
Does English Breakfast Tea equal Assam Tea?
8
How much tea is ideal out of one tea bag?
2
How is British tea prepared?
6
Loose-leaf tea: specifics of re-steeping multiple times?
2
Can somebody identify this tea?
1
Can anyone identify this type of green tea?
3
How long does it actually take to extract tea compounds from leaves using the boiling method?
7
What can you add to water to make it hard enough for tea?
4
Tea leaf grades and plucking standards
4
What type of oolong is Twining's oolong? Or what would this be closest too?