I cannot figure out how shrimp works, can somebody please explain it to me? The Wikipedia is useless, it just says there are hundreds of species, and "five" commercial species (with no pictures) none of which sounds like anything I have been eating.

The background here is that I was happily buying frozen shrimp at my supermarket to make shrimp cocktail, and a couple of months ago the type I usually bought was gone and in its place was a strange looking shrimp, large and gray, not the usual red. So, I said, "fine, i'll try it". So I try the new shrimp and it is disgusting. I throw out the whole bag. Then a few weeks ago I am in a restaurant and THE SAME EXACT THING HAPPENS. I order shrimp cocktail and they serve me the same big, disgusting gray shrimp. What the hell??? Is this some kind of conspiracy?

Anyway, when I think of shrimp, this is what I expect: 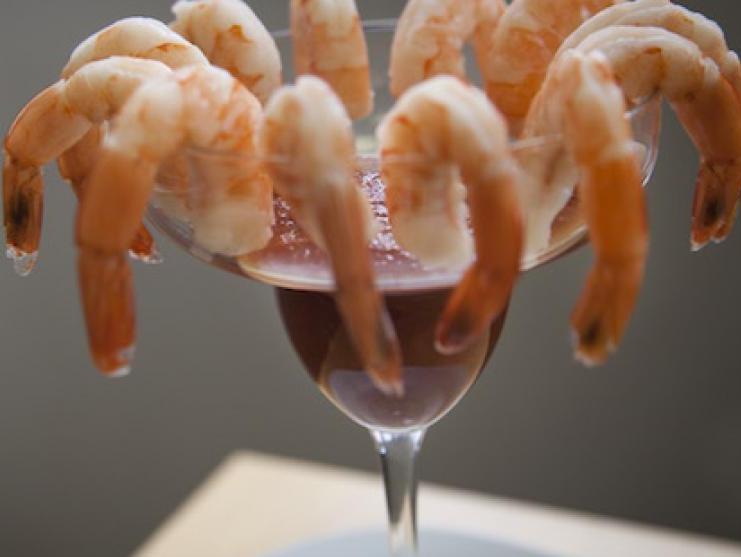 As you can see it is reddish. Looks kind of like a mini lobster. Each shrimp is usually about 3 inches long. Now, the nasty gray shrimp looks like this: 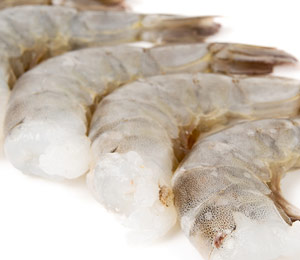 As you can see it is fatter and gray. It is about 4+ inches long. From what I can tell, I think this gray crap is so-called "Pacific White Shrimp" or "whiteleg shrimp", a farmed species, Litopenaeus vannamei. However, I cannot figure out what the good shrimp is.

Also, from what I read, "processed shrimp" does not have to be identified, so apparently producers can just bag up any one of the 150 different species of shrimp and call it whatever they want. How am I supposed to figure out what is what?

From your photos, the "disgusting grey" shrimp are raw and should be cooked before using in shrimp cocktail. I assume that the shrimp you used to buy were pre-cooked, peeled, tail-on.

Not the answer you're looking for? Browse other questions tagged shrimp or ask your own question.

66
What is the difference between a prawn and a shrimp?

8
What's the best/easiest way to de-vein king prawns?
5
Thawed shrimp floating vs. sinking
4
Proper way to prepare shrimp?
3
Skillet Cooked Shrimp Texture
3
Why does the shrimp stick to the shells?
1
Bleach white shrimp, different species?
2
Help with raw shrimp color
2
Why is shrimp rubbery after reheating? How can I prevent this?
4
What species of shrimp is "delicate pale colored river shrimp"?
1
How to deal with foul fishy odor of frozen shrimp