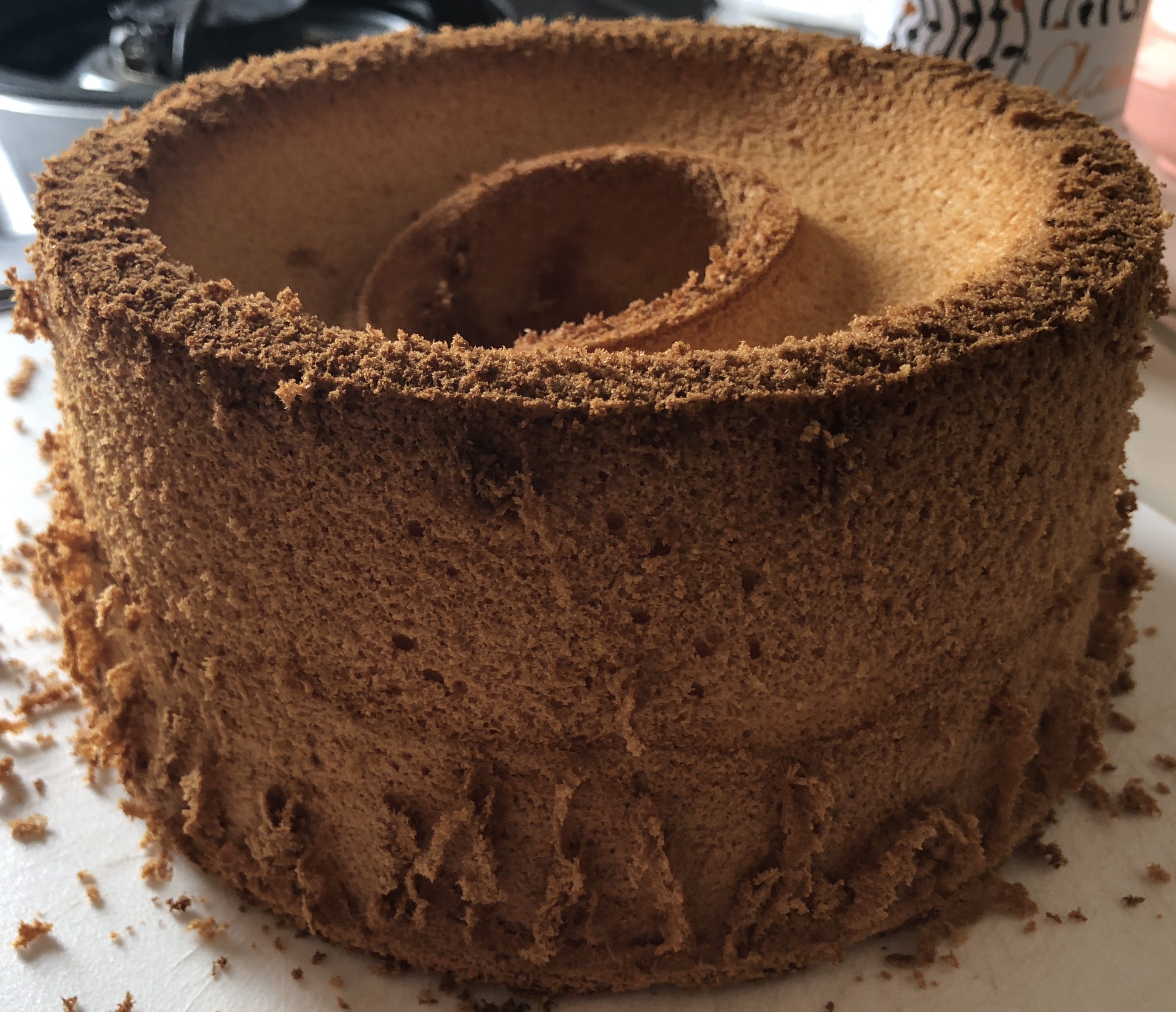 Not sure why this keeps happening. I read that mixing the yolks is critical and I mix until the color becomes whiter.

In the oven it grows very tall roughly 20 minutes after start, but starts collapsing after that. Once taken from the oven and put upside down it still collapses onto itself and becomes at roughly the same height as the pan

This will happen if you grease your cake pan or if the cake isn't allowed to fully cool before being removed from the pan. Another possible culprit is overbeating your egg whites.

Egg foam cakes, like chiffon, blow up with steam as they bake. The tube pan gives them more surface area both so they bake in the middle and also to give them more to cling to.

After they bake the cake is inverted until the egg proteins set. If not inverted, the cake will collapse as the steam escapes. A good rule of thumb is about an hour rest but the cake should be nearly room temperature.

If the tube pan is greased then the cake will not adhere near the end of cooking or through the inversion rest period.

The consistency of the egg whites is also important. If the whites are overbeaten they will lose some of their elasticity and give up their steam when they are stretched too far. Chiffon cake recipe do call for firm peaks, that is if you pull your beaters out the resultant peaks don't droop. But if you beat much past that phase the whites can get fragile.

Keep in mind that you should expect the cake to shrink slightly from it's max height when the steam is hot, but nothing like the collapse in your photo.

I don't believe that over or under beating the egg yolks would have caused the behavior you were seeing.

Decrese this recipe´s eggs and see what happens, sometimes too many whites will cause a huge rise than fall. Sometimes I´ve heard this happens with the wrong size pan as well but I think this is more unlikely.

7
Why did my Chiffon Cake collapse?
2
Chiffon cake deflating
2
Question about chiffon cake
10
Tiny beads/flecks of uncooked dough all through my bread
3
Sugar Free Chocolate Cake Too Dense
1
How to incorporate grape flavor in a chiffon cake?
3
Japanese Cotton Sponge Cake - How to stop collapsing?
4
Baking personal sized chiffon cake