I bought a case of canned fish on Amazon, and when it arrived nearly every can was dented in some way. A total of two cans had no discernable denting, six had mild denting on the side, and four can had serious denting around the tops. It seems pretty obvious this is because a dozen 15 ounce cans were simply packed into a cardboard box barely large enough to hold them and without any extra padding they were then shipping across the county.

I have done a bit of reading and am seeing some conflicting advice. The general consensus seems to be that it's not the actual dent in the can that is the problem, it's bacteria. But this could be caused either by bacteria producing gases which cause the can to swell, in case the can should be thrown out immediately, or the denting could compromise the integrity of the can allowing bacteria into the can in which case it seems like more of a gray area.

All of the cans seem to still have their seal, which is bordering on amazing (to me anyway) for the cans which appear to have had a run-in with a shark. See picture below: 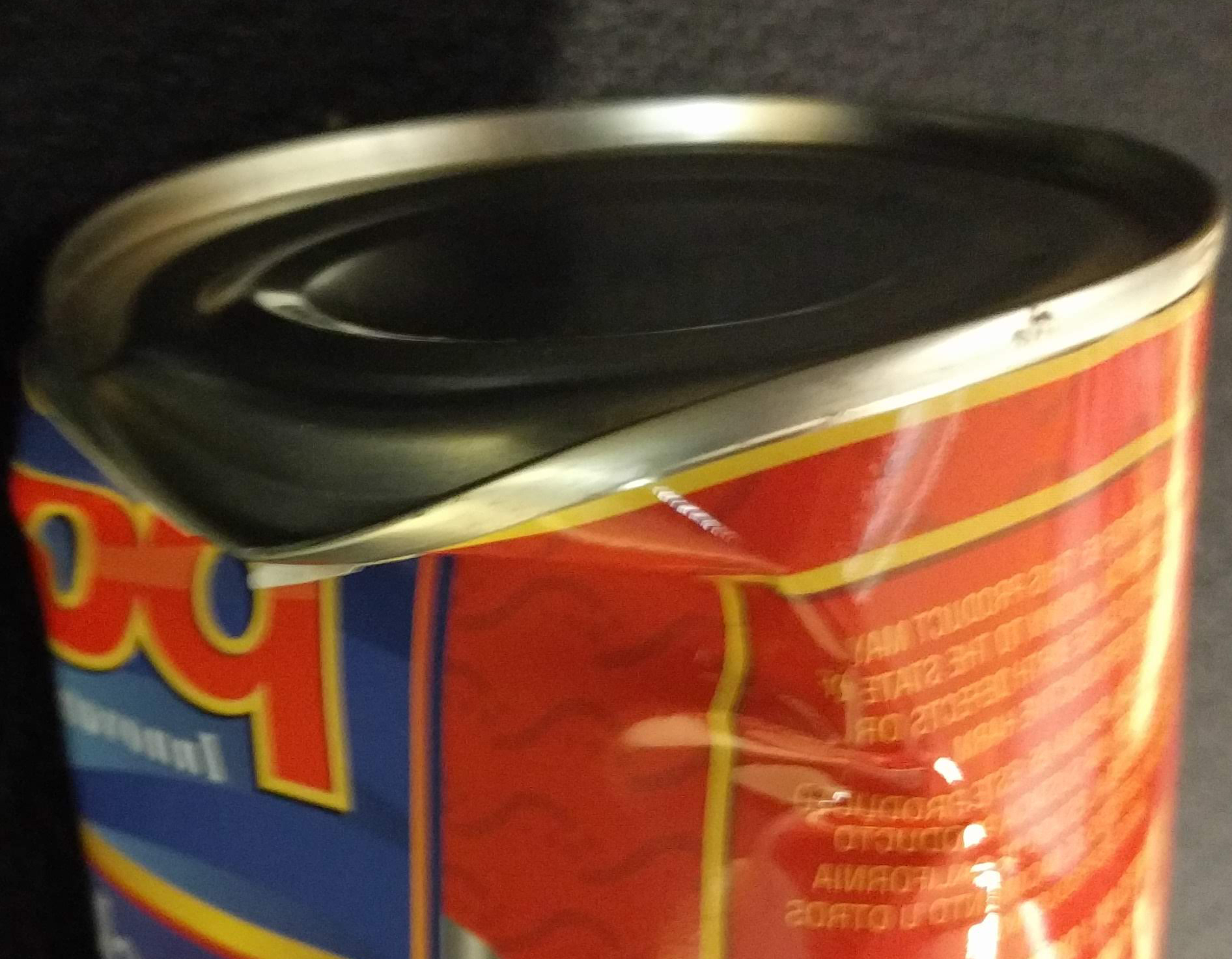 If the cans are safe to eat I'm fine with keeping them, and I'm a bit hesitant to immediately return them because first of all I was planning on making my lunch from one of the cans today, and second, it appears this may be the norm for shipping - this is a "subscribe and save" item and the original label suggests this is actually how they are shipped from the manufacturer to the local distribution centers.

Is it safe to assume that if I open the can and there isn't a hiss from pressure being released and everything smells ok then it's probably safe? And if so, is there some reduced shelf life, or should I refrigerate everything to be safe until it gets eaten?

Is it safe to use food from dented cans?

I definitely would be hesitant to use any cans dented like the one in the picture. And as per my comment above, I would contact Amazon.

1
What do to with cans that you just dented?

6
Can I use a reused can for serving food
10
Safety of Blue / Green Garlic
5
Safety of room-temperature soaker from Reinhart's *Whole Grain Breads*
7
Are there food safety issues at a teppan restaurant?
1
How do I tell if a metal can is safe to bake in?
1
Dehydrating fruit/veg, temperature, and safety
6
Bacteria contamination inside a thermos bottle
1
What do to with cans that you just dented?
0
Dented can botulism possibility?