I am using this recipe Serious eats pie dough

Every thing went well until I added the water. I have put everything correctly (weighed) and the dough came out sticky. I tried adding flour but to no avail. What could have went wrong, and can I salvage the dough? 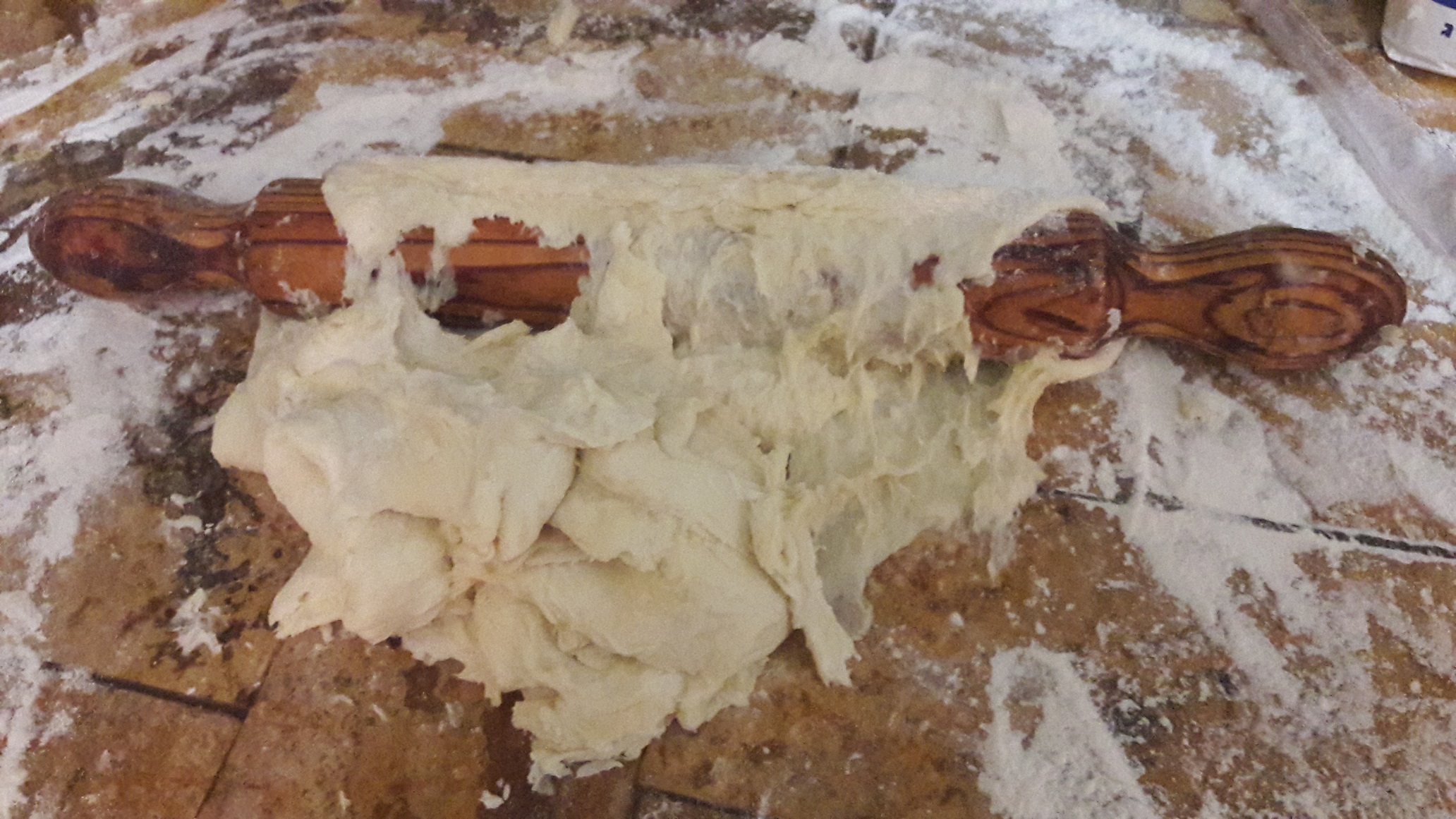 I think the temperature is your issue. 76F is a bit warm-- your recipe specifically states:

Dough temperature should still be somewhere between 65 and 70°F (18 and 21°C); if not, refrigerate briefly before proceeding (see note).

If the fat gets too warm, it will melt and you will loose the chunks of fat which give the baked crust its flake. Unfortunately, it looks like this is exactly what has happened, with a side of overmixing. You also mention whisking "it until it had a creamy, mash like texture" which is way too much mixing. Also from your recipe:

With your fingertips, smash each cube flat—that's it! No rubbing or cutting. Stir in water, then knead dough against the sides of the bowl until it comes together in a shaggy ball.

That means basically "stir together until it forms a dough in a single mass" not "whisk until a consistent creamy consistency." Pie crust should always have some remaining lumps of fat, as those lumps are what give the crust its flakey texture.

Chilling may help you get it rolled out, but this batch is likely to be unsatisfactory for a couple of reasons. First, there is the lack of flake. Then there is the fact that you mentioned adding extra flour, which would have altered the proportions of the recipe and would affect taste and texture. Lastly, by the time you get it rolled out you will likely have overworked the dough and developed too much gluten in it. That will give you a very tough crust. So if you bake this what I predict you'll wind up with is a poorly flavored, not at all flakey, tough and possibly chewy crust. Not good eats.

If you have the ingredients and time, I would suggest starting over for best results, this time keeping everything well chilled. In the future (if necessary), you can chill the flour and other ingredients ahead of time, and also in between each step, which will help keep this from happening again.

I have noticed a similar issue before while making dough for bread. The stickiness could be caused by high gluten content. If that’s the problem, adding in some more flour, and giving the dough some time wrapped around plastic should solve the issue.

11
Why is my Pizza Dough always too sticky to knead?
14
Sticky and unmanagable sourdough
7
Why does my dough always need more water than the recipe calls for?
2
Impossible to manage sticky dough
4
My dough is cracking (not crumbling) and more water does not help
1
Making Sour Dough from Starter
3
What causes dough made from coconut flour to not stick together?
3
Pie crust too soft to put in pan
0
Russian Pie Recipe breaks into little pieces?