How long and at what temperature and with what oil should doughnuts be fried?

I just gave this recipe a try and the results were as follows: 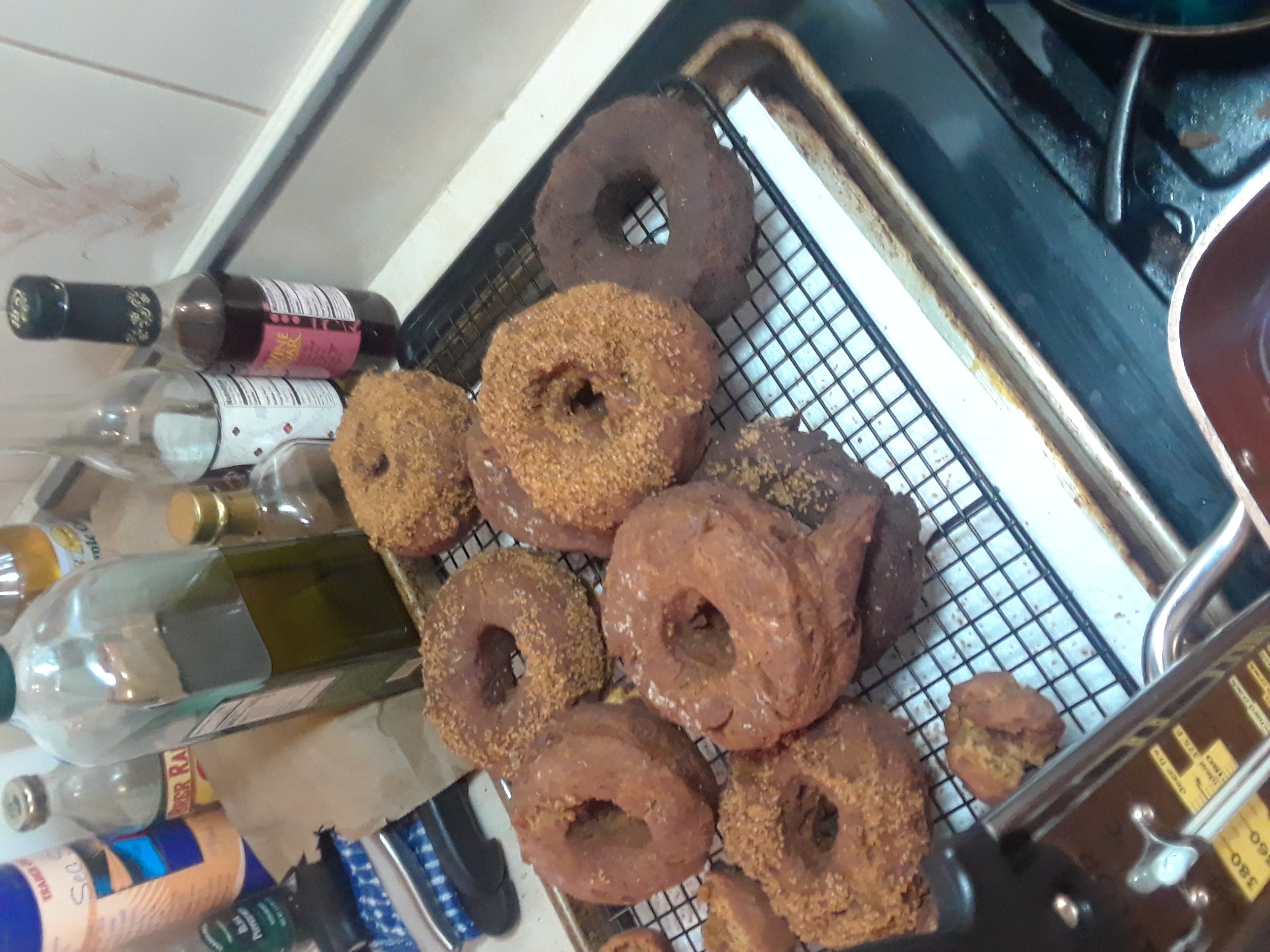 I'm guessing that I did something wrong during the frying/timing of the doughnuts but the only substitution I made was to use sunflower oil instead of vegetable oil for the frying since I read somewhere else that sunflower oil was recommended.

What I'm looking for is consistency and ultimately the soft, tender texture of apple cider doughnuts with just the slight crunchy topping on the exterior. Of course, leaving all the doughnuts in for the same amount of time would get the same consistency but once I realized they were overdone, I decided to experiment to see if I could get it right by trying different things. No soap. So...

Does anyone know what the actual timing for doughnuts are while being fried? What temperature/time and with what oil should doughnuts be fried?

Thanks for your help!

This all depends on dough type (density, fat content, moisture, sugar, proofing, etc) and size of product (volume x weight). There's no standard. If you're product is getting burnt, lower your temperature and avoid over filling your fryer oil with product as this will drop your temp.

I would recommend 145˚C for your oil temperature, and to cook the doughnuts until the color is appropriate. It may only take 30-100 seconds per side.

Good luck with the next batch!

Once the doughnuts are risen, heat oil until it reaches 375 degrees. You've really got to have a deep fry thermometer for this, as temperature of the oil is extremely important. Ideally, the oil will remain between 375 and 380, 380 being a little on the hot side.

Not the answer you're looking for? Browse other questions tagged frying doughnuts or ask your own question.

9
My bacon is a mess
3
How to make boiled and partially fried vegetables palatable?
6
How to fry carnitas?
2
Panko-breaded tilapia, medium fried, non-stick pan, absorbed oil
2
Why are my doughnuts raw in the middle?
3
What causes egg-covered puffed rice cakes to become soft when pan fried (and how to control it)?
1
What happened to my steak?
0
Can lamb chops be light fried\sauteed to fully done and how long does it take?