Why does plastic never dry properly in a dishwasher?

Whenever I get tasked with unloading the dishwasher, I'm always amazed at the amount of water that's still stuck (always in droplets) to our plastic kitchen utensils and storage containers.

We have a dishwasher with three racks, but it doesn't seem to matter which rack you use, plastic spatula's in the top cutlery rack, plastic containers or cups in the middle rack or our plastic cutting boards or plates in the bottom rack, all are equally wet when unloading the dishwasher, while the regular cutlery, glasses, metal pans and ceramic plates are all perfectly dry.

According to this article the problem seems mainly two fold, conductivity and thermal inertia (among other factors).

During washing temperatures get relatively hot (depending on the particular program chosen) to promote sterilization and help with cleaning.

There may also be other factors at work; such as surface properties of plastics like roughness and porosity that make it hydrophobic, which may cause water droplets stick more to its surface, or evaporate slower.

I have recently developed a practice that I feel helps getting most items (even plastics) almost dry.

After the cycles finishes, (the sooner the better so that the least amount of heat is lost), immediately turn off the dish washer and open the door.

Leave it open for a few brief seconds, long enough to let most vapor escape, but short enough that the minimum amount of heat is lost. After that close the door again and let it sit for a while, no need to shut it tight, leaving it ajar will suffice. Ten to twenty minutes is probably more than enough if you are in a hurry.

This will ensure a lot of the humidity will leave the compartment while still remaining warm, promoting quicker evaporation, ensuring that most items will be either almost dry or have a minimum amount of water when you return to unload the dishwasher.

One other optional thing you may do in addition to the previous procedure, (if you can waste the time and have the energy) is, after opening the door while waiting for the steam to escape, individually grab any plastic objects and one by one give them a vigorous shake to loosen any droplets on its surface.

If your ratio of plastics to other materials is anything like mine those should be a minority so it shouldn't take too long. One or two shakes per item is generally enough, just let them splash into the sink, or even back into the dishwasher to get most of the surface water off. Then just put them back in and close the door again and let them dry along with other items, the remaining heat should take care of most residual humidity.

As mentioned in the comments, if you have no delicate items that might break, you can also just give the whole rack a shake instead. Items with intricate designs or crevices that pool water may still benefit from a good individual shake though.

In case you aren't already for some reason, using rinse aid seems to helps considerably achieving drier items after the cycle.

Backstory: After purchasing a new "fancy" zeolitihc dish washer we were told it needed no rinse aid since local water quality is satisfactory; so we didn't for a while, and were pleased with the results. In time however we found, that despite all the bells and whistles the new dishwasher seemed to achieved poorer results compared with the previous one.

So for a change we decided to add some rinse aid once and it made a very considerable difference in the wetness of all item types after a cycle, not only plastics but also, metals, glass and ceramics (in addition to considerably reducing cycle duration by 1/3 of the time, thus also saving energy).

In addition to the lower heat capacity (see other answer), a main reason, quite counterintuitive, why plastics don't dry well is that they're hydrophobic. That's right: they keep water sticking to them because they're water repellent (but not completely water repellent).

The reason for this strange behaviour is that any small amount of water on the surface of plastics immediately contracts to a compact droplet. This minimises contact with the plastic, but also with air, which is the problem: for efficient evaporation, you need a large air-to-liquid surface. You do get such a large surface on glass, ceramic and metal, because these are (at least when freshly cleaned) hydrophilic, so the water stretches out to a thin film coating a whole lot of the surface.

Not so with plastics. Only with some shaking will the droplets start running down the surface, and may combine with other drops and then drip off. With super-hydrophobic materials you'd be ok again because even tiny drops would immediately pour down, but most plastics are exactly at the sour spot: too hydrophobic for evaporation, but still not hydrophobic enough for a lotus effect.

Melamine resins tend to be among the better plastics in this regard, as they're still pretty hydrophilic. Still, they tend to dry only incompletely, probably because of the low heat capacity.

There are several variables that go into this so I may not touch one the one(s) you are facing but I will try.

Some options to help in no particular order:

As to why. I can't answer that very thoroughly but many dishes have an enamel on them that is very smooth and dries quickly. I suspect your plastic dishware aren't as smooth. Especially as time progresses. I know some of my oldest plastics are very rough and don't dry so well. I usually put them on a drying rack after they come out of the dishwasher.

To answer you question, we have to take it from a scientific point of view. Its been a while since I did A level chemistry but i think i know enough to give you a simple enough answer. The atoms of hydrogen and oxygen in water, as well as hydrogen and carbon (and other elements which will form the plastic, while hydrogen and carbon are the main ones) give out intermolecular forces- van der waal/dipole dipole forces, hydrogen bond (still a force, but a strong one of that) and temporary dipole forces. They occur due to the attraction between atoms, which will all have different arrangements of their electron shells, number of protons and number of neutrons. Hence different atoms have different levels of attraction. Secondly, static also builds up on plastics when put under energy, thermal in this case, so the water is attracting to the plastic in clumps. You can test this with a balloon rubbed over the carpet, then run under the tap. some water will remain. 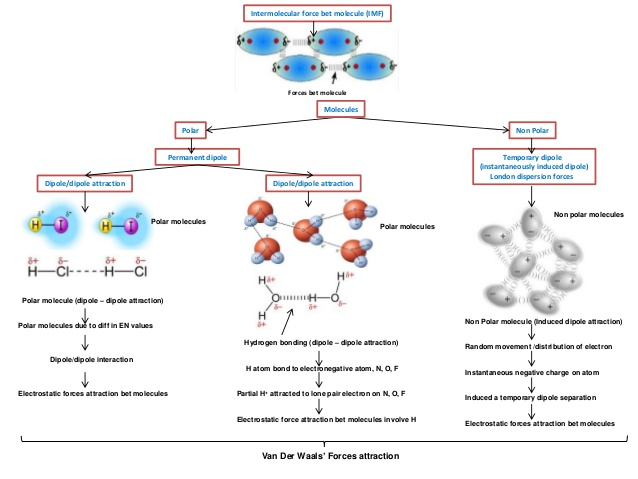 Not the answer you're looking for? Browse other questions tagged equipment cleaning dishwasher or ask your own question.

4
Why does a plastic lunchbox tend to be more greasy than glass one?

33
Why not put knives in the dishwasher?
20
Why is the dishwasher not recommended for my All-Clad MC2 line of pot and pans?
10
Why does chilled equipment help when whipping cream?
20
Why can't this ice cream scoop go in the dishwasher?
2
Why can't I heat water properly on a new glass cooktop using a stainless steel pot?
3
Why does my colander feel slimy after I use it to drain pasta?
2
Does an activated carbon filter in a kitchen hood dry the air?
4
Why does a plastic lunchbox tend to be more greasy than glass one?
24
Non-plastic cutting board that can be cleaned in a dishwasher