How to spread dried blueberries evenly when using bread machine?

This blueberry oatmeal bread recipe says to add 2/3 cup dried blueberries to the bread machine at add-in time. When I just dump them in on top of the dough, they end up clustered at the bottom of the loaf, as shown: 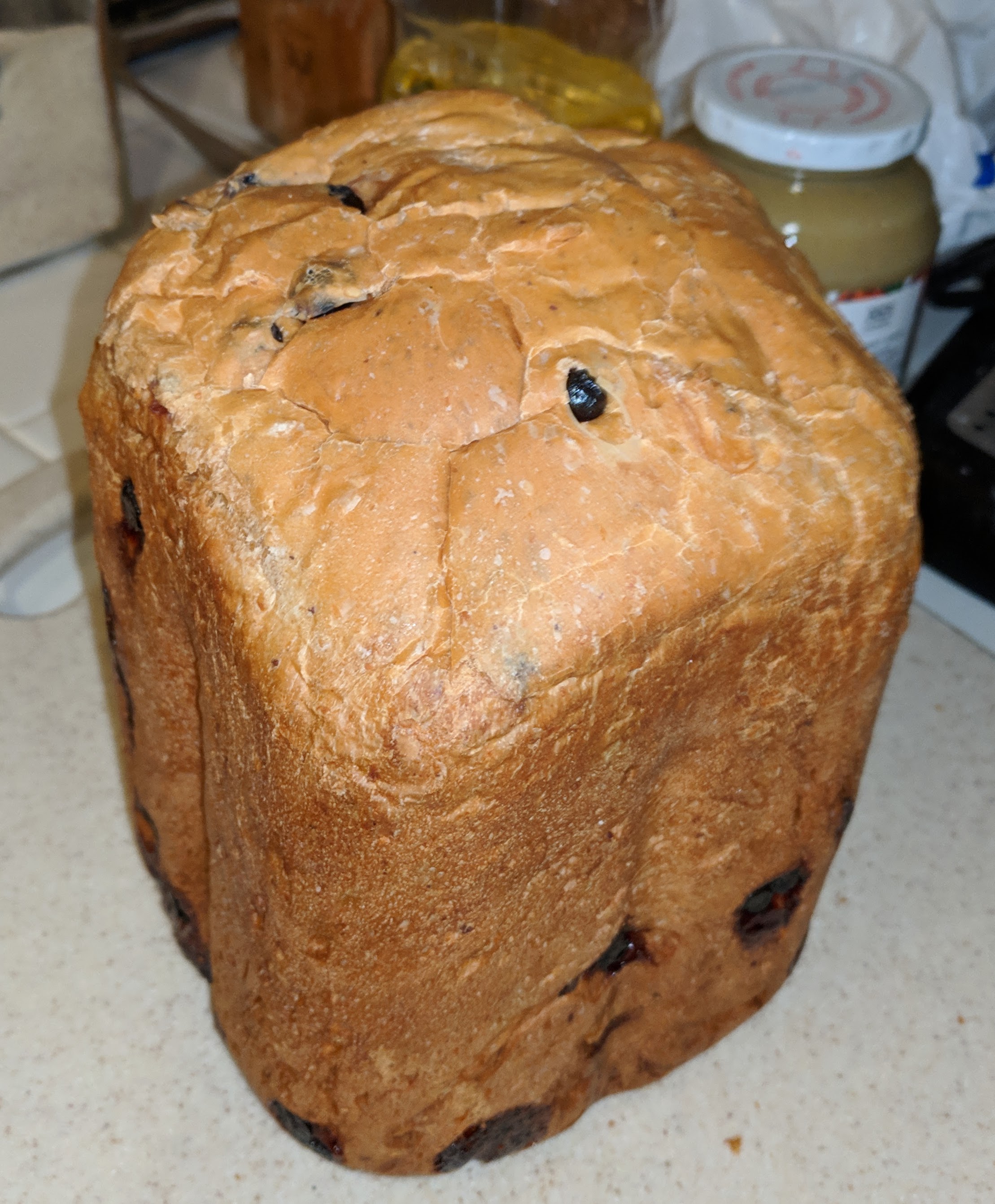 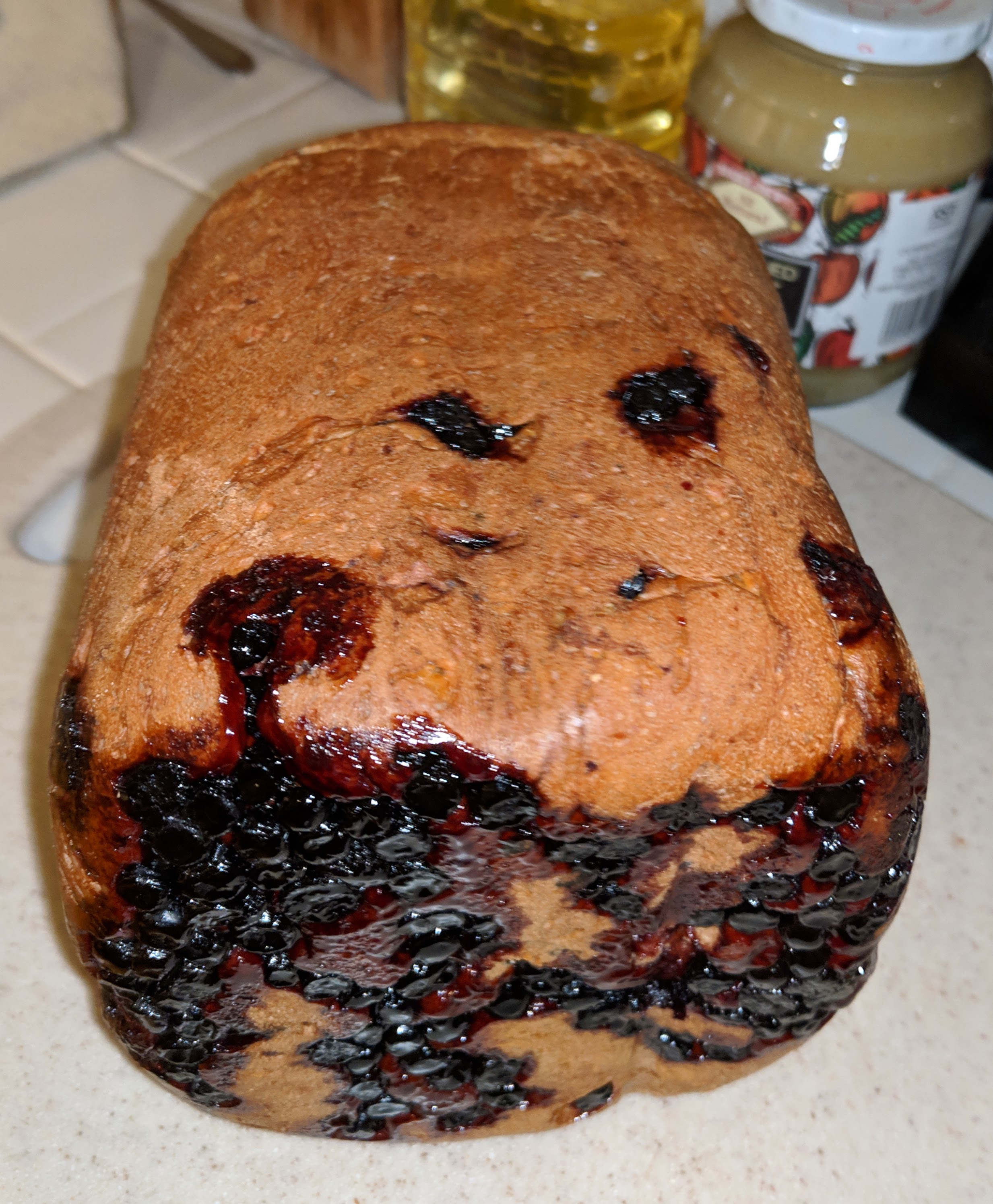 (How) can I get them to be evenly distributed?

As bob1 suggested, I tried adding the dried blueberries at the very start. That worked. The blueberries were evenly distributed and none the worse for the earlier inclusion. 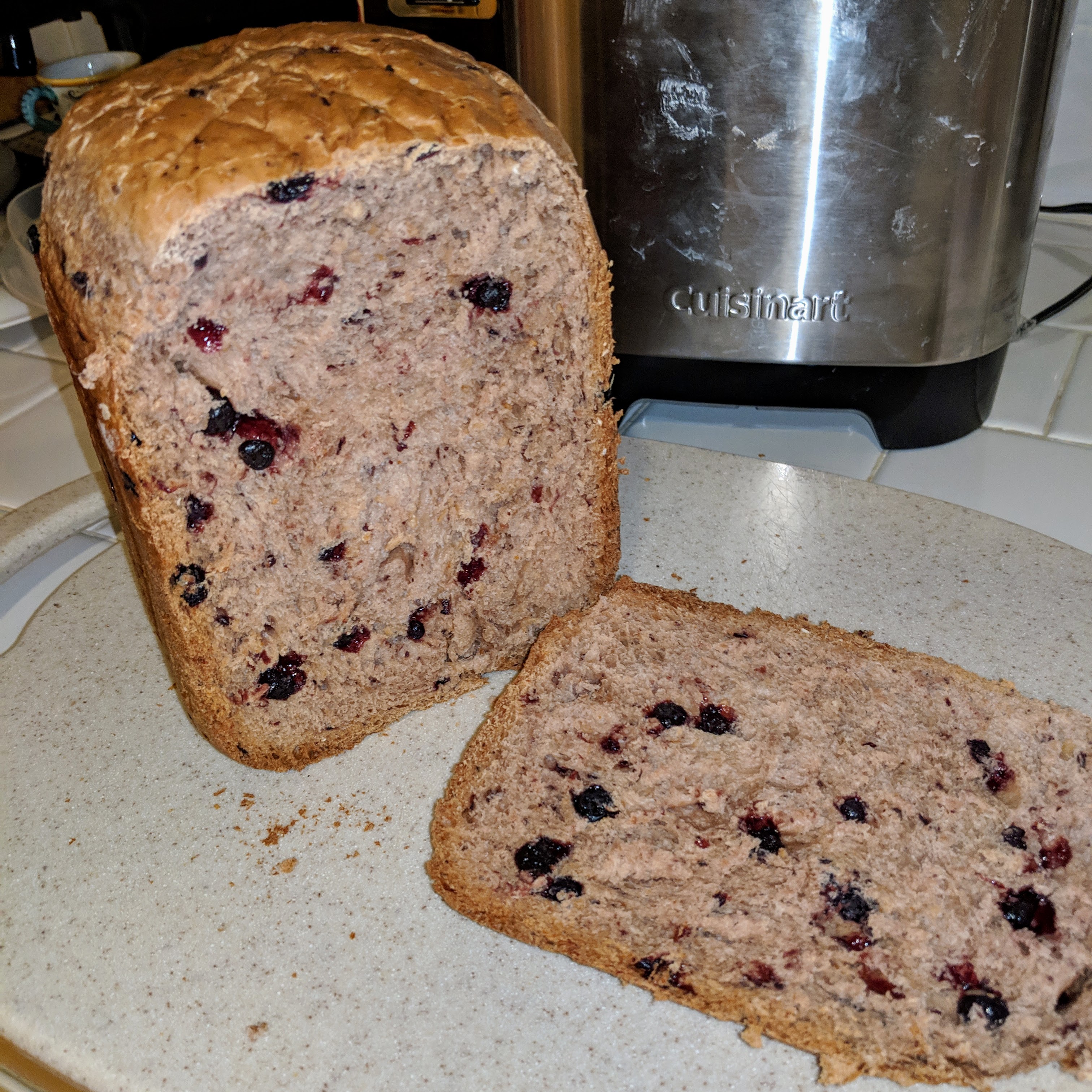 You can add them at the start of the mixing process to help distribute them evenly. You may find that soaking them for a few minutes in warm water to re-hydrate will help the berries mix more evenly if adding at the add-in-time.

According to the U.S. Highbush Blueberry Council, you can spread half the batter, add the berries, and top with the second half of the batter. But, I usually coat the blueberries in flour. It prevents them from sinking and from "bleeding blueberry juice" into your loaf. That's what works for me.

Not the answer you're looking for? Browse other questions tagged bread dough mixing blueberries or ask your own question.