I baked my first “sourdough” boules today and there was zero detectable sour or tartness.

After about day four of zero activity in my baby starter I added a packet of packaged yeast I bloomed bloomed with a tiny bit of honey.

Ever since then it has been happy and healthy. I made my levain on day 7.

I’m concerned that the package yeast has beat out any wild fermentation that could have been happening and now I will never get any sourness from the starter. Is that true?

Should I start over and be more patient or keep feeding my current starter and hope deeper flavors will develop over time?

I’ve been feeding twice a day with 90 degree F filtered water. My house is cold but it’s in the warmest room and it has some towels for insulation. 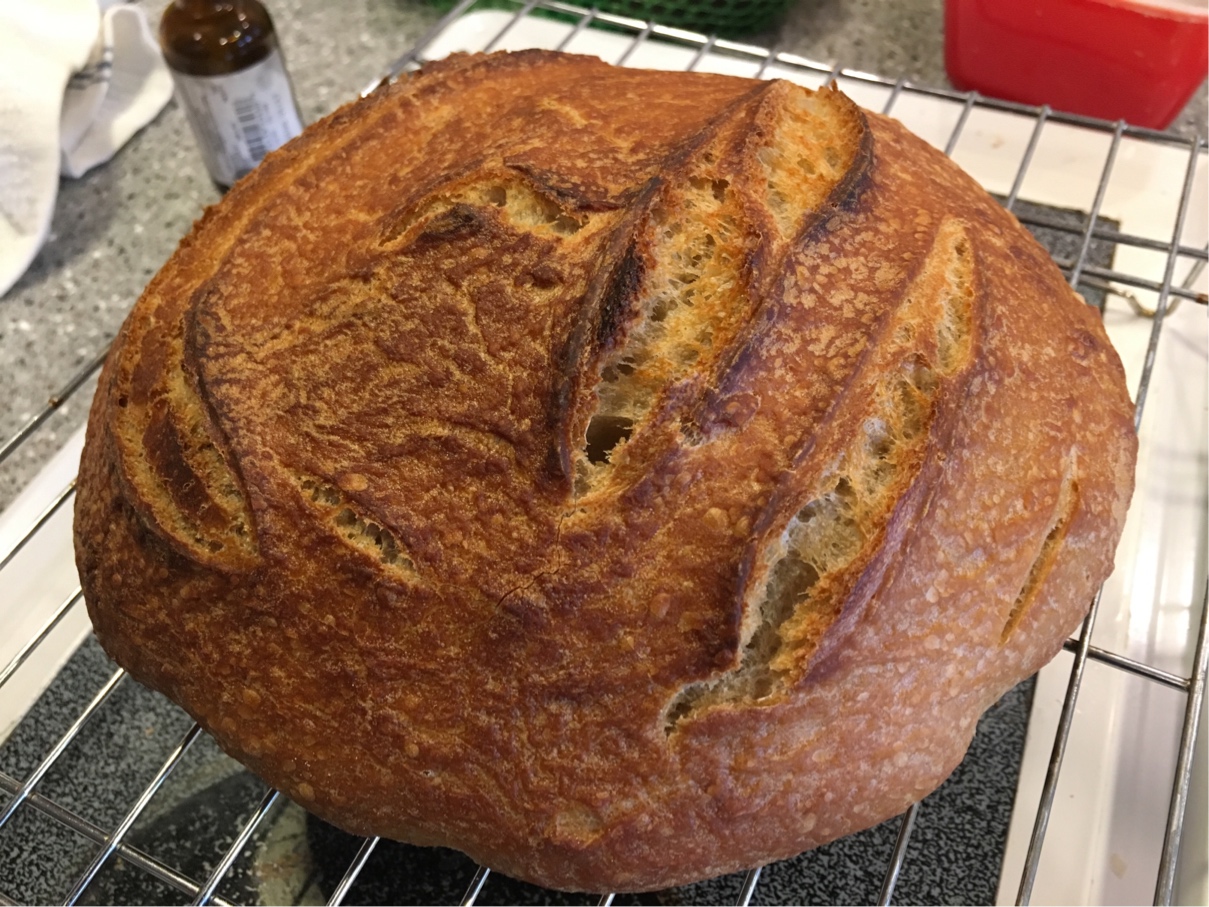 Pic of my first attempt for funsies

If started from packaged yeast, over time, your local wild strains will probably take over. The same is true if you start with a starter from someone else or the dried sourdough starter packages. But, it takes longer even than starting from scratch more than likely for them to slowly replace the current strains.

I would suggest following the link Spagirl gave and some others you can get here and starting again from scratch. Maybe use what you have in the mean time to help stave off the impatience (which I share ;) )

Mine, I was very impatient, so I found that adding some whole rye flour gave the starter a huge boost and got it going much quicker. The theory at least is the bran had a lot of wild yeasts in it and reduced how much the starter had to capture. The somewhat downside was they were not really my local ones, but local will slowly replace those and take over as you starter matures. Long ago though, I made a start as you did, by adding commercial yeast. For months, I was disappointed by the lack of sourness but just before I gave up it turned the corner and the wild strains finally overpowered the domesticated little buggers, so it is possible. I personally though would probably do the restart rather than waiting for that to happen.

Not the answer you're looking for? Browse other questions tagged bread yeast fermentation sourdough or ask your own question.

5
What is the best way to catch wild yeast for sourdough?
7
How to Judge the Appropriate Feeding Schedule for Immature Sourdough Starter
1
Question about new sourdough starter, specifically smell
3
I recently tried to make sourdough with my starter, it didn't rise. Why is there still a crumb?
6
How frequently should I feed my sourdough starter?
2
Why is my sourdough too sweet?
2
how does bread fermentation change in relation to inital yeast weight, time and temperature?
2
Sourdough starter - Have I been doing it wrong?
0
Sourdough Starter isnt rising
2
Capturing wild yeast for sourdough: Is this healthy yeast or contamination?