Why some dough recipes needs more kneading and others not? [closed]

I have 2 croissant recipes from 5 stars chef.

The first recipe is for Pierre Herme:

The method consist of just mixing the dough as fast as we can without over mixing the flour and let it rest and then start the folding process. The result was one of the best croissant in the world: Ispahan 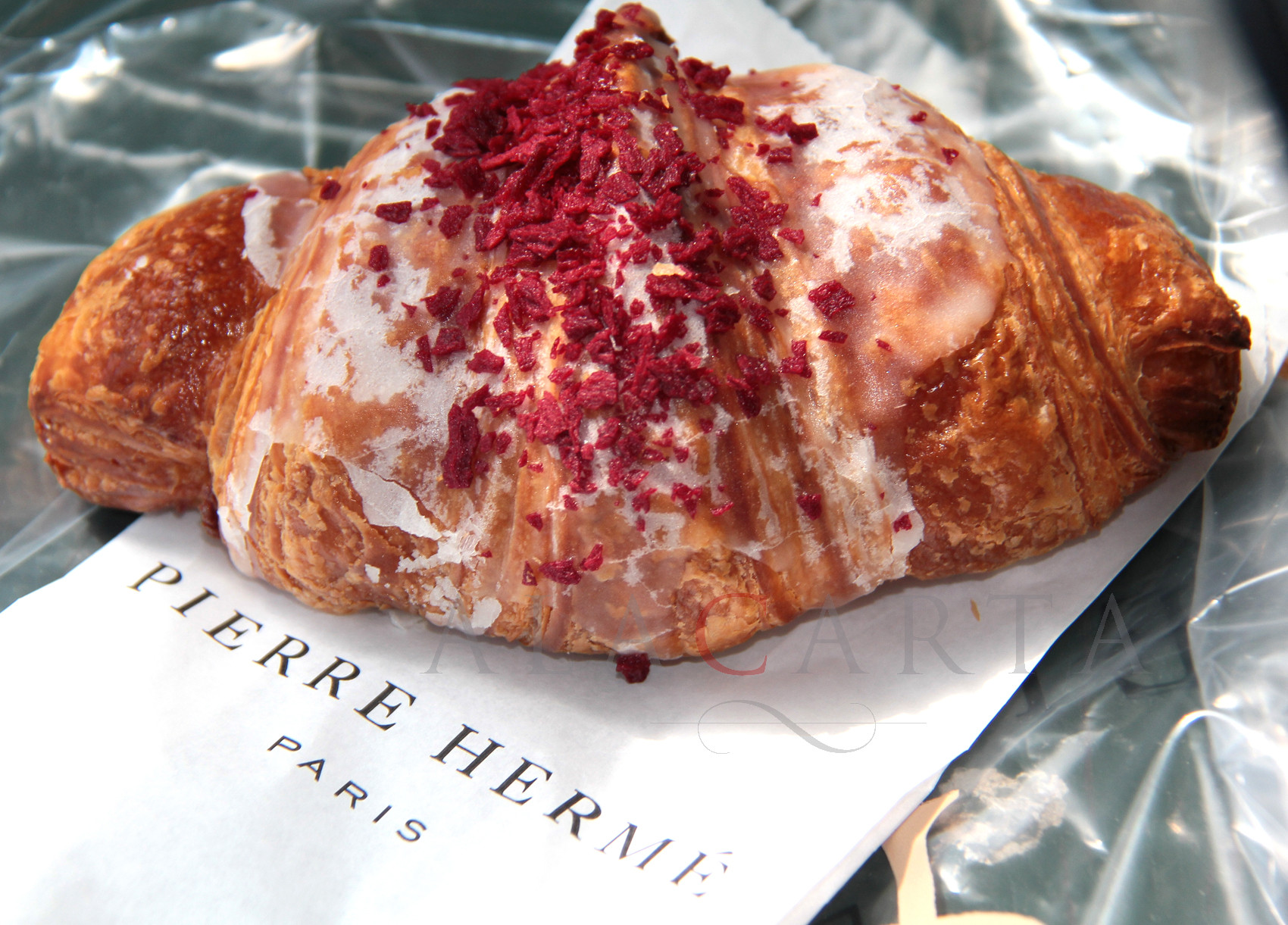 I had the chance to taste it in Paris and it was awesome. I tried it at home and the result was quiet good but I have a convention oven so the color and cooking was longer than the required.

The second recipe is from Bruno Albouze: 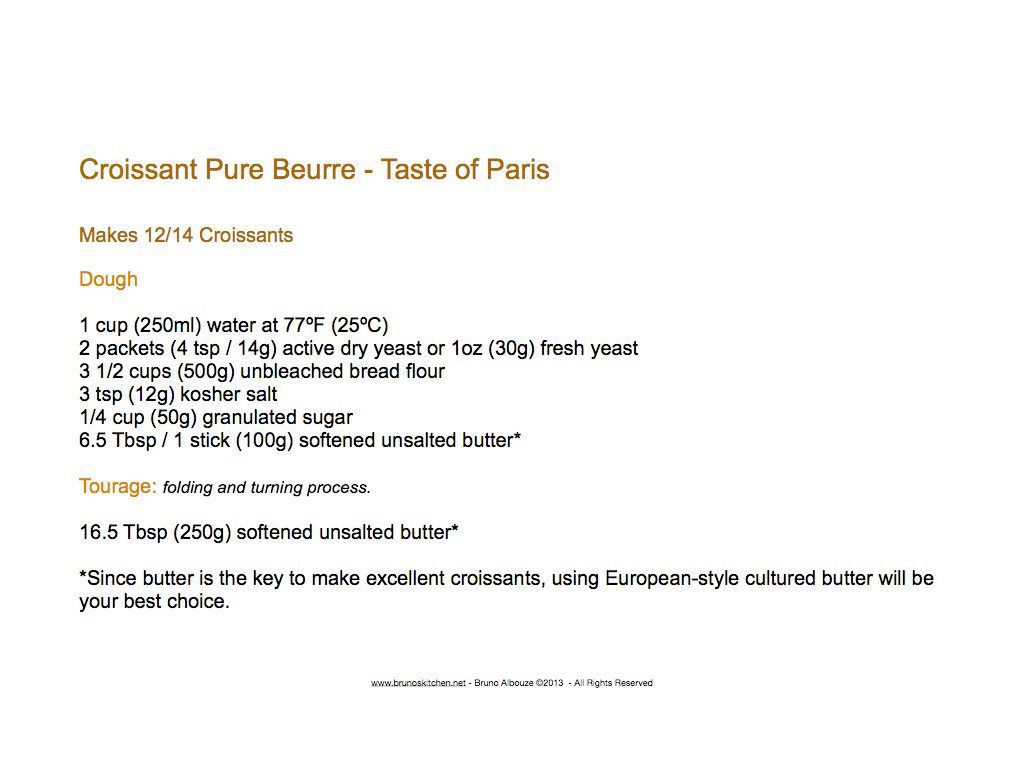 But the process was to mix the dough for about 8 minutes to form the gluten network.

I didn't have the chance to try it.

Other chefs have white vinegar in there recipes as it make the dough stretch more while working it.

Why some recipes calls for mixing too long the dough and other not even for the same desserts ?

This isn't exactly an answer, but it's a bit more than a simple comment.

First off, it's not the "same" dessert. It's similar desserts that are in the same category. It's not quite as fuzzy of a category as quick breads, but I could see some people arguing that your recipe isn't a 'classic' croissant because although there's folding, there isn't the butter lamination step.

That being said, recipes are trade-offs of many different things -- ingredient and equipment availability, time, and cost are possibly the most significant considerations, even more so than taste and texture. (99% as good at 1/3 the cost can mean a better profit in the long term). Your description of the process suggests that it can be done with a stand mixer, significantly reducing the manpower required. If you have a sheeter, you don't even need a particularly skilled (and thus more costly) person for the folding.

Some people are going to stick with 'traditional' methods, because they've built their brand / reputation on it. This is going to limit what modifications / shortcuts / trade-offs that they're willing to take ... and that's not necessarily a bad thing, as it serves as a control for comparison if nothing else. And tastes differ -- some people are going to be more sensitive to acid from vinegar than others. Some will miss the browning that you lose when you have a more acidic dough.

So, a more concrete example of modifications: I make my mom's recipe for monkey bread once a year for Christmas. Being lazy, I use a stand mixer which she didn't have ... but I think it means that I kneed it for longer. We now have micro-plane graters, so I get less pith when zesting than she did. But I'm also making a triple batch, so the assembly takes longer which affects how long some rise in the pan before I bake them. I make the dough the night before and let it rise in the fridge so I'm less rushed when I make it, so I'm developing different flavors. I don't tend to keep ground cinnamon around, so I typically have to grind it fresh (and I've also been known to use ceylon as it's easier to grind). The only modifications that I've made specifically as a choice is in the shape I bake it (she did a bundt pan, I make smaller pans to give as gifts) and in avoiding browning the top too much (as I never liked it as a kid when it got dried out).

Is this the "same" monkey bread, even though I follow her recipe? I could see arguments for either one. But my cousin once said he prefers mine.

My point is that everyone judges equivalence ("same") differently, and I'd argue that the recipes both are and aren't the same depending on context.

Kneading is about the development of gluten. Gluten provides the structure in a dough. Gluten is a mixture of proteins that have to be aligned in a certain way to provide this structure. We can speed this alignment and strengthen the gluten structure by kneading. However, time allows this to happen as well. So, with longer fermenting dough the gluten will develop over time, with less kneading (or with folding techniques). This is really about the process the baker is looking to use, and the end product he or she is trying to achieve. More kneading...or less kneading with more time...or very little kneading...its all about creating dough structure.

Not the answer you're looking for? Browse other questions tagged dough flour dessert french-cuisine kneading or ask your own question.

10
Why does dough break when kneading, and how to prevent/ameliorate it?
9
Why do some pie crust recipes include vinegar?
7
Windowpane test - Why does my dough fail it, and what is it good for?
3
When should food colouring be added to part of a batch of bread dough?
2
Napoletana Pizza dough not elastic and breaking
3
Why is my dough not very stretchy?
7
Why does my dough always need more water than the recipe calls for?
5
My dough is cracking (not crumbling) and more water does not help
2
American pancakes: Why not substitute some wheat flour for starch?
15
What is the purpose and effect of using knuckles when kneading bread dough?