How long is too long for sous vide steak

I have sous vide for a while with mixed success. Mostly good, but still mixed. One thing I question which I hoping to get opinion on is time to sous vide beef (steak specifically, e.g. ribeye or strip).

I have read and heard where people have left beef in the bath for 24+ hours and rave about it. All the Anovo guidelines say 4 hours or less. I have not tried more than four hours. What gives, and what is overdoing it with sous vide cooking?

When cooking low temperature, over time the texture of the protein that you are cooking changes. For a tough cut, like a shank, or short rib, this is desirable, and where you would see cooking times of 12, 24, 48 hours...or longer. Most people want to enjoy a steak that chews like the traditionally cooked product. After 3 to 4 hours, the texture of your steak will change. It will become more mushy. That is why it is recommended that you only cook until done (1 to 2 hours). So, overdoing it, as you describe it, would be cooking it too long so that the texture becomes undesirable. For a steak, I think 4 hours would be pushing it.

TLDR: Just like pork, steak cooked for an extended period of time starts to shred and get mushy. It's not what most would call a traditional steak, but if you're open minded, people like pulled pork as well as pork chops...

Serious Eats has very thorough sous vide guides on both steak and chicken.

Here's what they have on steak timing:

To figure out exactly what happens when you cook steak sous vide for extended periods, I cooked identical steaks at 130°F (54°C) for periods ranging from one hour all the way up to 48 hours. I found that the most important differences typically occurred between the four- and 24-hour marks.

Take a look at these slices of steak I've cut off and torn: 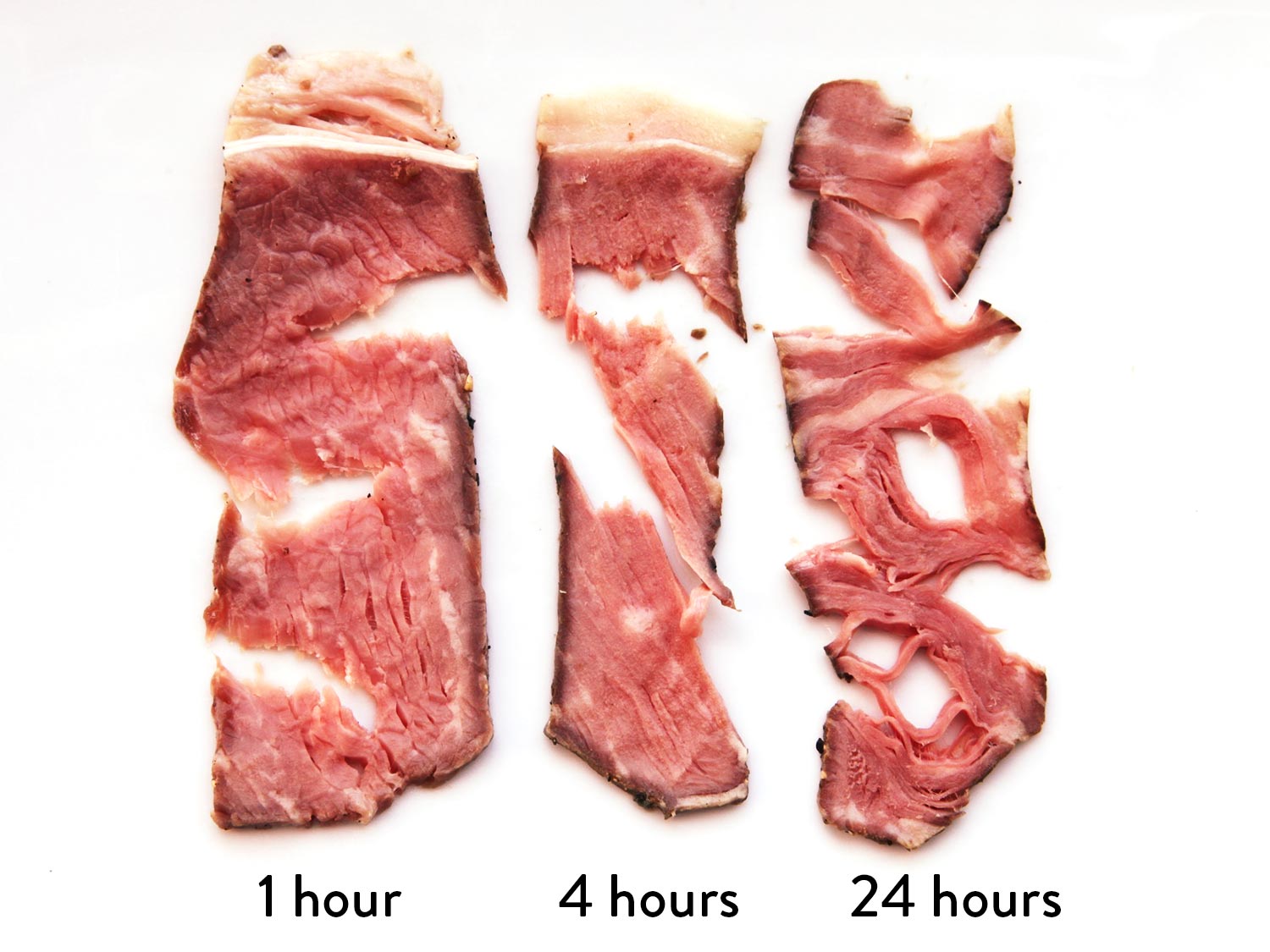 As you can see, the steak cooked for just one hour stretches and pulls when you tear it. This gives the steak a pleasant amount of chew. It's still tender, but it tastes like a steak. By the time we hit four hours, that chew has been reduced a bit. Connective tissue has broken down, and individual muscle fibrils split apart easily instead of sticking together, though a four-hour steak is still pretty decent.

Head all the way over to the 24-hour mark or beyond, and your steak ends up nearly shredding as you pull it apart. It's a strange mouthfeel: The steak is still plenty juicy (a steak cooked 24 hours loses barely any more moisture than a steak cooked for one hour), but the meat shreds instead of offering resistance or chew.