After full reseasoning of my cast iron, eggs are still sticking

I've liked my cast iron but it hasn't been very non-stick. When making eggs, even with oil and a good hot heat before adding to pan, eggs will stick to the pan. I'm hoping to get a great non-stick finish that eggs (or anything else) won't stick to.

I fully reseasoned my pans doing the following:

After I did all this the pans were looking pretty good, nice clean finish, but there were still a few bumps and imperfections in the pans. I tried making some eggs and they stuck as they had before. It's not terrible, but not great non-stick either.

I'm very curious for suggestions: do my pans just have scratches and bumps in them from years of use and these (even with a good seasoning) cause stickiness?

Is there something else I can try to get a great non-stick finish on these pans? 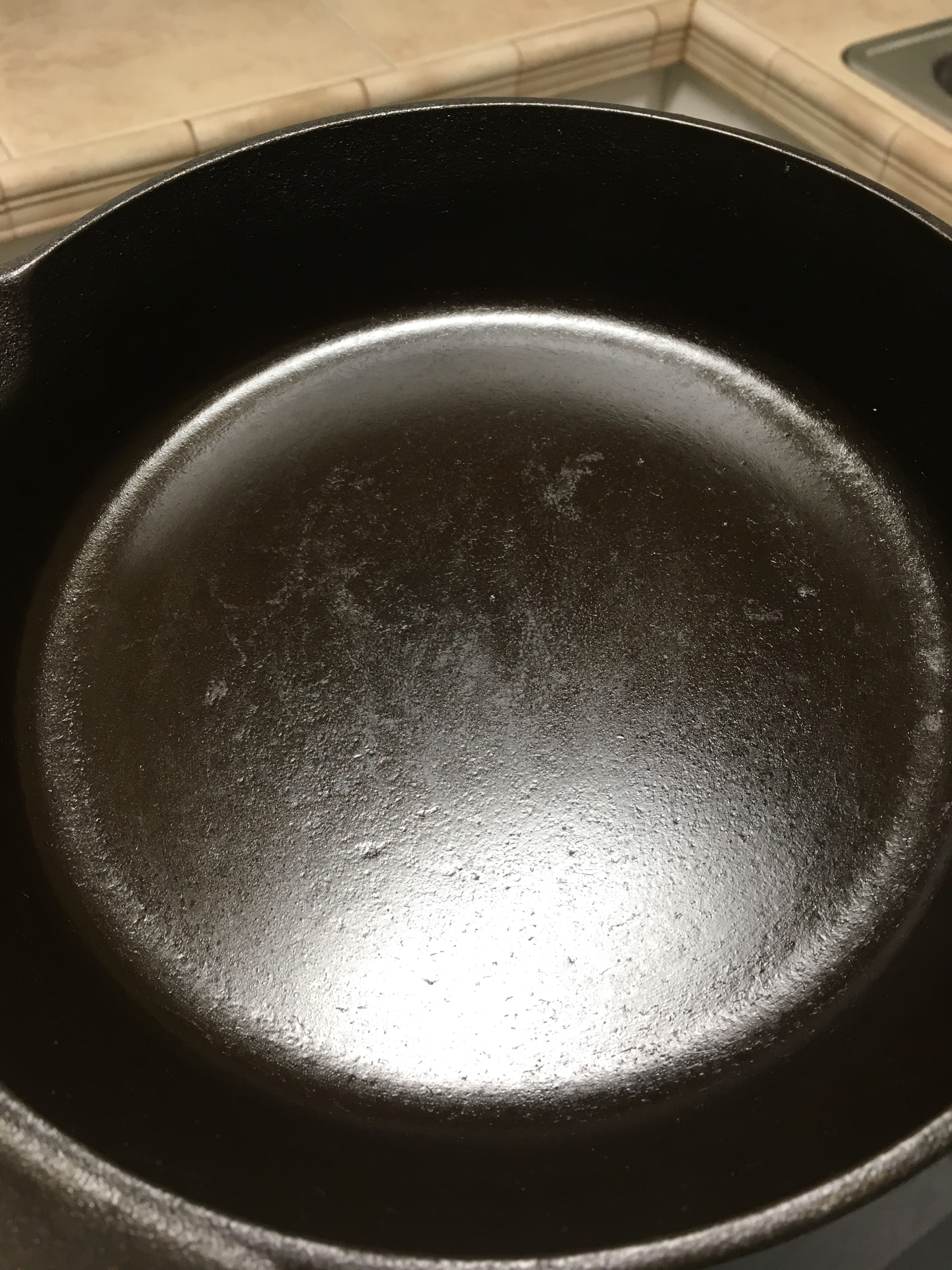 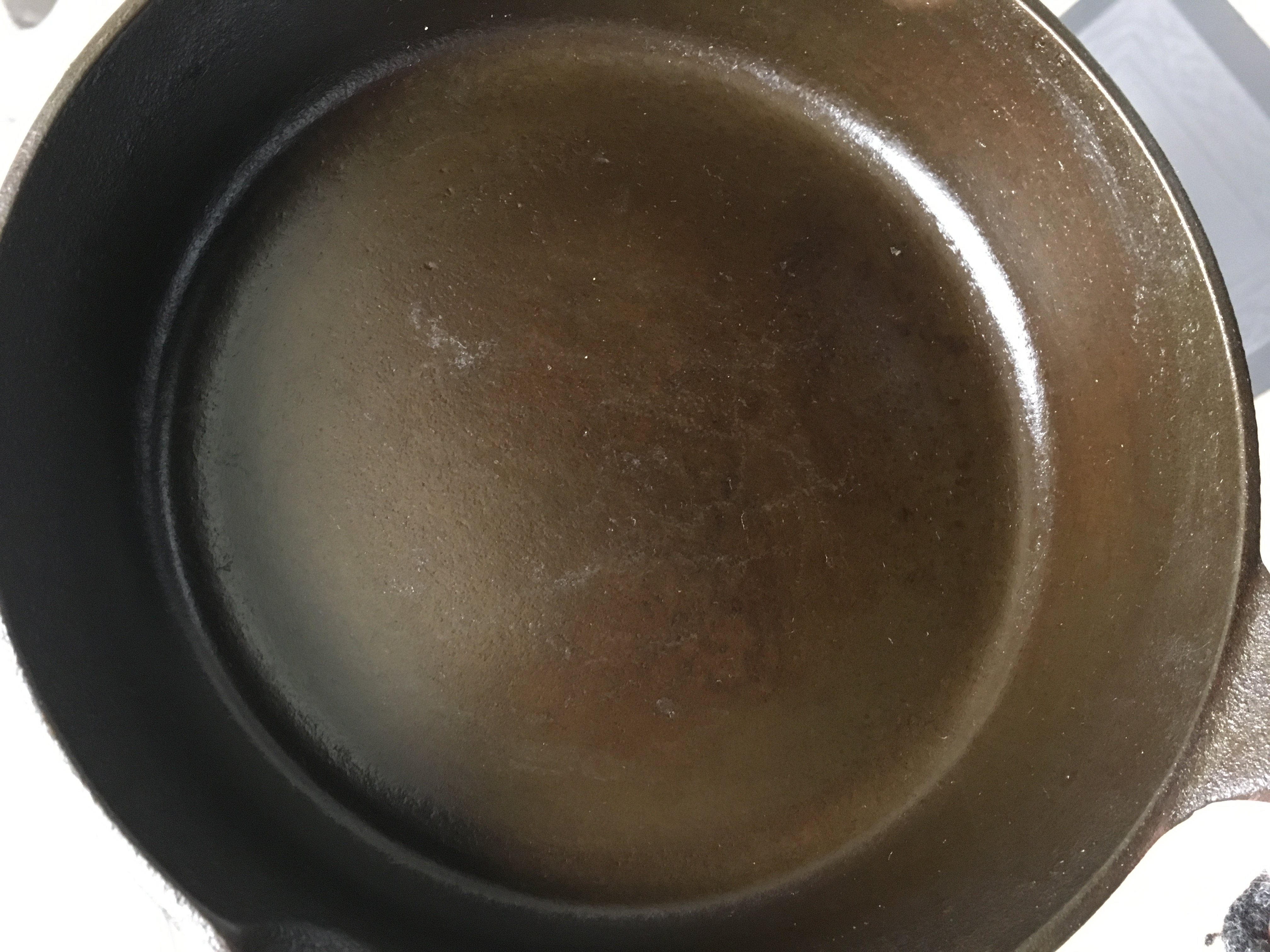 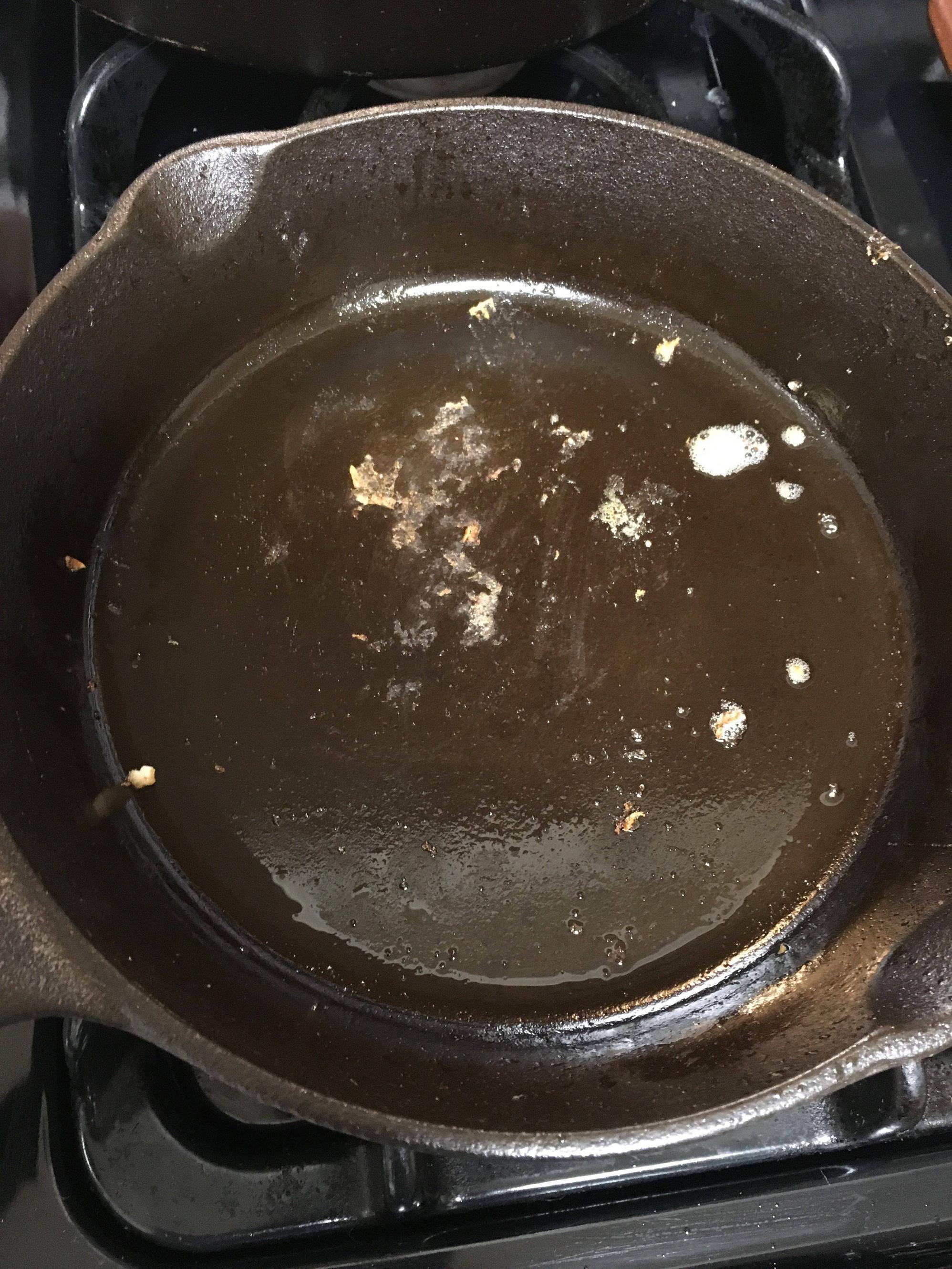 I have a similar (but not the same) frying pan. Your problem is, most likely, a lack of heat, not a lack of seasoning.

I always set my frying pan, empty, on a low/medium fire. When it starts to come to temperature, I raise the temperature to high. [If I have something else to cook, I do that before cooking eggs. This way, I make sure the iron is hot]. When the iron is hot enough, the eggs should not stick.

Learning how to controle the temperature of the pan is quite the process, and I have had eggs sticking to my pan at times... and I used to be a professional cook. Just saying.

The Leidenfrost effect is your friend. See this question as well.

My two cents. After seasoning I fried bacon a few times. Just to use it with something self lubricating that will not stick on itself.
Second thing is, I don't know if you tilted the pan for the shot but it look like your oven is slightly tilted toward you so when you heat it oil will run "down". So before adding anything to the pan give a mix so the oil will be evenly distributed

Most probably your problem is that when you seasoned your cast iron skillet with the flaxseed oil, the temperature that you "baked" it in the oven was too low. You need to get it high enough to polymerize the oils.

It sounds like you almost followed the original instructions correctly -

Strip your pan down to the iron using the techniques I describe in my popover post. Heat the pan in a 200°F oven to be sure it’s bone dry and to open the pores of the iron a little. Then put it on a paper towel, pour a little flaxseed oil on it (don’t forget to shake the bottle), and rub the oil all over the pan with your hands, making sure to get into every nook and cranny. Your hands and the pan will be nice and oily.

Now rub it all off. Yup – all. All. Rub it off with paper towels or a cotton cloth until it looks like there is nothing left on the surface. There actually is oil left on the surface, it’s just very thin. The pan should look dry, not glistening with oil. Put the pan upside down in a cold oven. Most instructions say to put aluminum foil under it to catch any drips, but if your oil coating is as thin as it should be, there won’t be any drips.

Turn the oven to a baking temperature of 500°F (or as high as your oven goes – mine only goes to 450°F) and let the pan preheat with the oven. When it reaches temperature, set the timer for an hour. After an hour, turn off the oven but do not open the oven door. Let it cool off with the pan inside for two hours, at which point it’s cool enough to handle.

If your oven goes higher than 400, then you should have cranked it up. For seasoning, it doesn't matter if the oil smokes, that's fine since you're altering the physical structure of the oil, not cooking food in it at this time.

Not the answer you're looking for? Browse other questions tagged cast-iron non-stick or ask your own question.

12
How to measure the temperature of a pan?
4
Ruined My Pre-Season Cast Iron Pan- Help!

5
Why did my sweet potato hash turn soggy when frying in a non-stick pan, and crispy in a cast iron?
3
Cooking eggs on cast iron
4
Cast Iron - Enamelled - Season or not?
4
Is it possible to destroy the seasoning on cast-iron by getting the pan too hot?
21
Seasoned Cast Iron NOT being Non-stick
1
Cast Iron Skillet Loses Seasoning After Cooking Chicken?
1
Ways for success on cast iron crepe pans without cooking spray
2
Can a good cast iron seasoning really be built from butter?
4
Comparison between cast iron and forged pans