I was following this really cool recipe to make a kind of snack made mostly of granola, coconut flour and freeze dried strawberries. When done right, it seems to be really photogenic, here is a picture from the blogger: 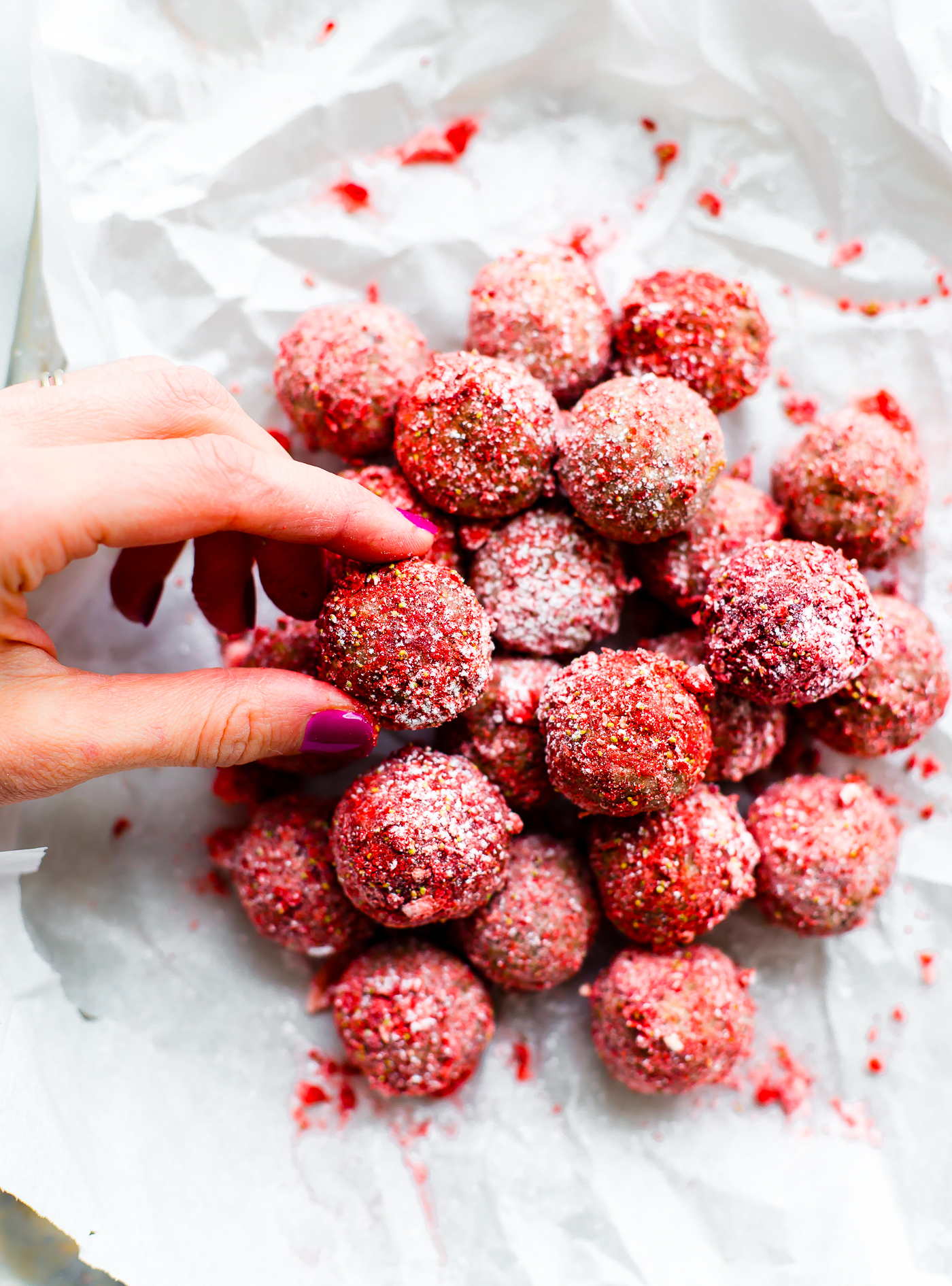 However, when I got to the part where I'm told to:

Blend your strawberries until fine. Keep extra for rolling bites in batter.

How can I achieve a "fine" freeze dried strawberry-flaky result? As I have never worked with freeze-dried strawberries before nor made a similar snack, I'm not sure how to troubleshoot at this juncture. I do have two hunches though:

First off, if they're the texture of raisins, they aren't the sort of freeze-dried strawberries the recipe wants - what it wants is something totally dry, almost the texture of styrofoam. They should crunch if you bite into them, and slowly rehydrate in your mouth if you eat one without crunching. They'll look like full-sized slices of strawberry, only dry. Like this: 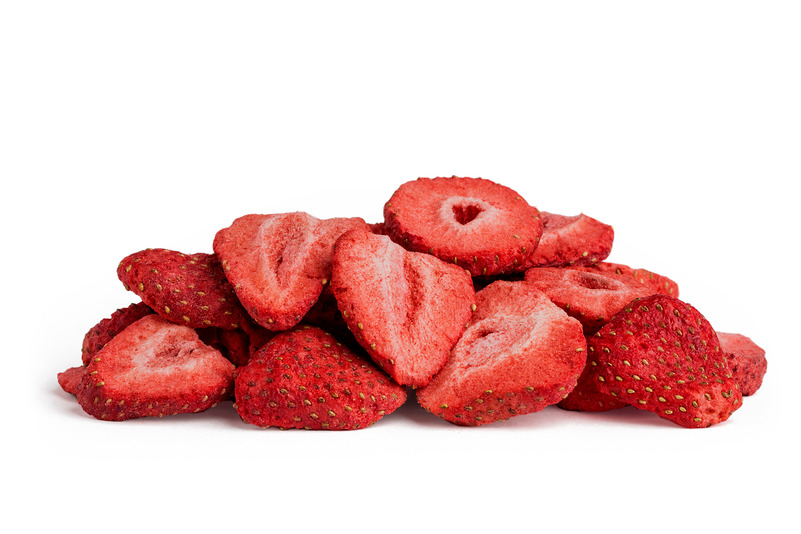 The right tool for pulverizing something like this without liquid is a spice grinder or small food processor. If you don't have one of those, put the berries in a plastic bag and crush them with a mallet or a rolling pin.

You are using the wrong tool for the job, what you need is a food processor, not a blender. A blender is designed for liquids, not solids, and the blade doesn't reach the edge. The blogger may have just used the wrong word, or maybe has a blender with a separate chopper attachment.

You don't need to spend a bomb, I used a stick blender with a food processor attachment for many years that I picked up at a garage sale.

Alternatively a coffee grinder may work for you if you have one around, just make sure to pulse it and check the results, otherwise you will turn them to powder. Also, clean it very thoroughly before or your strawberries will taste of coffee!

18
How can I safely use a blender with hot liquids?
15
How important is RPM in a blender?
3
What's the difference between dried split peas and dried snack peas such as wasabi peas?
3
How to prepare this (Chinese) snack?
2
Replacement for sun-dried tomato pesto sauce?
2
How can I achieve an even heat across a large paella pan?
4
What kind of equipment do I need to turn dried chilli flakes into powder?
0
How to clump store-bought granola?
1
Does it matter how fast you crank up your blender?