Why do some meats get tougher with higher temperatures, while others become more tender?

I am looking for example at a sous vide recipe for goat on the joule app. The tenderness seems to increase with the temperature, while with beef steak it's the other way around. Is that true and why is that? Which meats get more tender with higher temperature, and which get firmer? 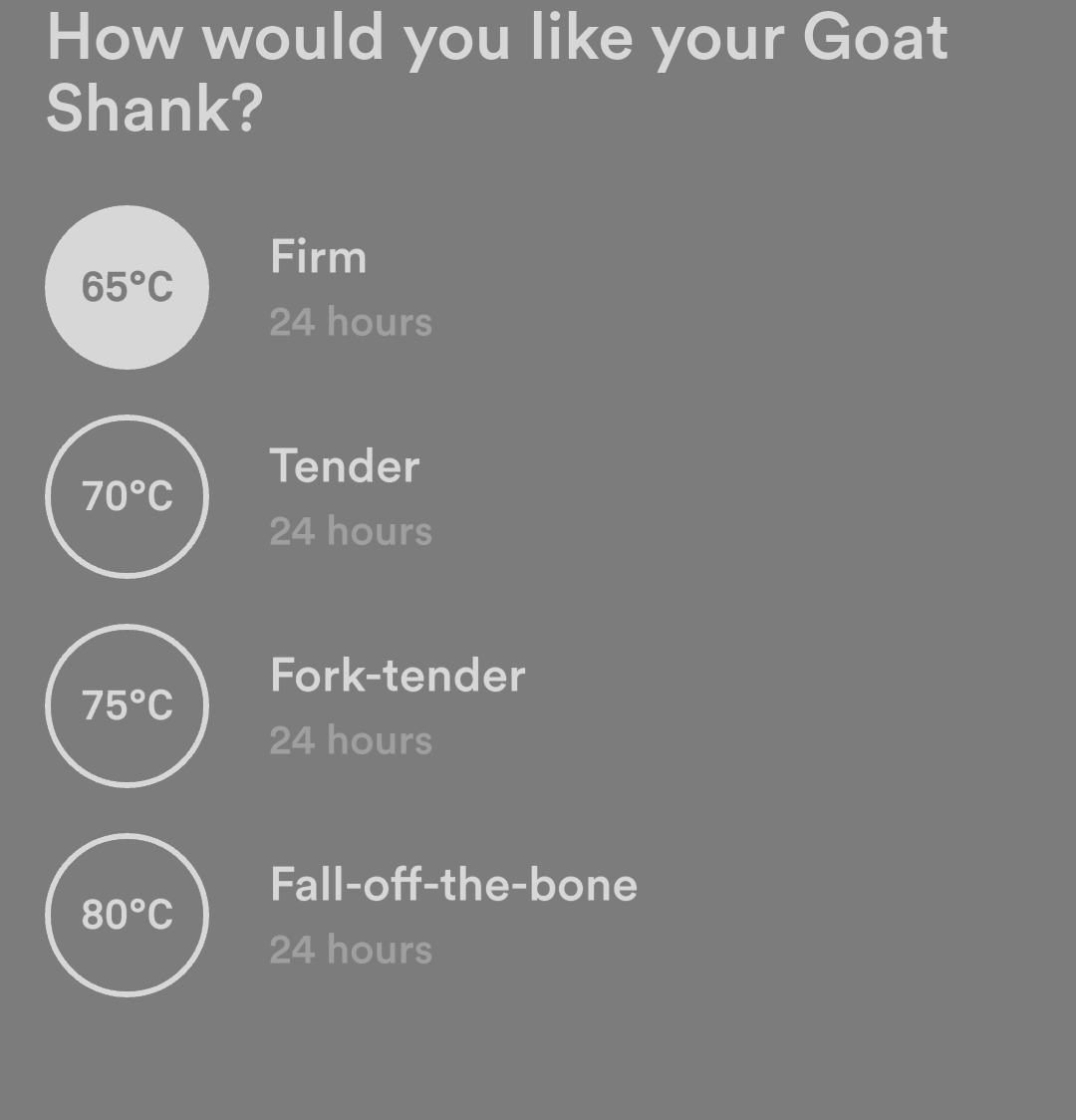 This is a product of the cut more than of the animal. You're comparing shank with steak, which are two very different cuts. In general, to get a tender cut with high temperature cooking you want a cut with lots of fat and connective tissue to render. Leaner cuts will become dry and tough.

The shank is a cut you could also get from a cow, so you could just as easily be working with beef (or veal) shank, in which case you would follow the same principle of higher temp = more tender. This is due to the large amount of connective tissue (and fat, to a lesser extent) in the shank, as well as the fact that its a harder working part of the animal. Cooking to a high temperature breaks down the connective tissue in the meat, leading to a moister, more tender finish.

A steak, however, has less connective tissue, so overcooking it just makes it dry and tough. You don't necessarily want it too rare though-- while for leaner steaks many people would say the rarer the better, for very heavily marbled and fatty cuts (like ribeyes) leaving them too rare fails to render the fat, which remains in tough, white streaks and interferes with the texture of the steak. It should be noted that you could theoretically get a goat steak and the same principles that apply to beef would apply to it as well.

Not the answer you're looking for? Browse other questions tagged meat beef steak tenderizing or ask your own question.

1
How long does breakdown of collagen etc. take for sirloin cooked sous vide?
3
Why cook stewing meat low and slow?
3
Sous Vide Beef steaks look overcooked at 59°C and 56.5°C
3
Can you make Sous Vide Steak in a Pressure Cooker?
4
Beef Steaks : Cooking older-grade meat (C-Grade)
4
How do I cook a steak well-done without it drying out?
1
Cooking sirloin steaks with Anova sous vide gave me leather tough steaks
1
Are long brines neccesary for sous vide?
4
How long is too long for sous vide steak
1
Is a top heat gas grill, capable of 800°C / 1500°F perfect for pizza and sous vide steak?