I used this recipe to make chocolate chip cookies. I’ve made it many times and it usually is a hit! This time, I decided to use brown butter instead of room temperature. The dough turned out very dry, to the point where I had to add egg whites and squish the dough into balls to even get a cookie shape.

I chilled the cookies in the freezer for about 2 hours before baking. As they were baking, the cookies wouldn’t spread. I had to bake them for at least 15 minutes, much longer than normal. The final product tasted good, but they were still dry.

Where did I go wrong?! Any tips to substituting brown butter into chocolate chip cookie recipes? 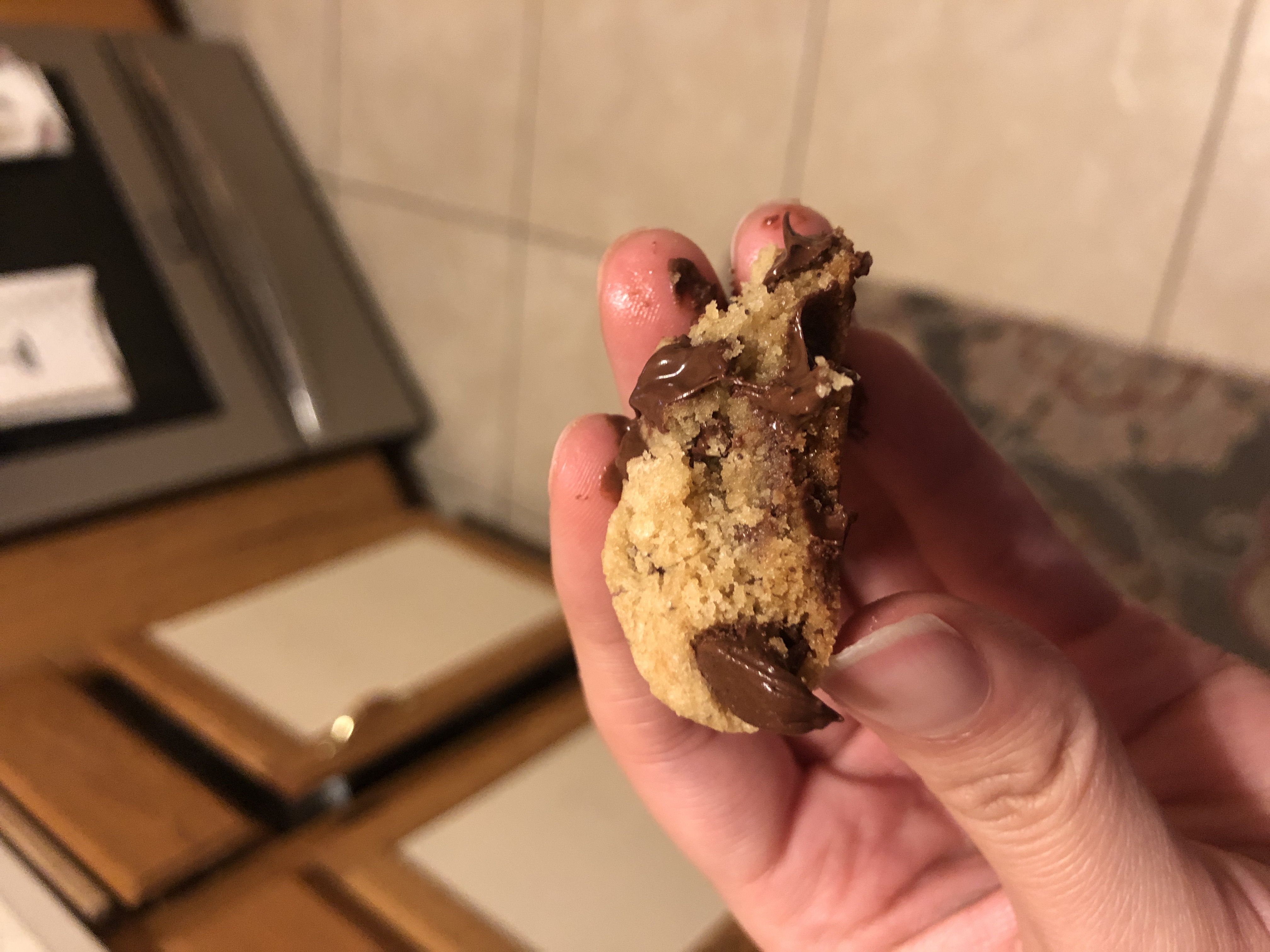 I think the problem is that the browned butter lacked water the recipe was relying on. the only sources of liquid in the recipe is the eggs and the butter, so losing one of those sources would make a big difference

Butter ordinarily has some water in it, I've seen numbers like 16-20% water, the rest being fats and milk solids. That water has to be evaporated out to make browned butter - it won't get hot enough to brown until enough water's gone, since evaporating water keeps the heat down.

So I think measuring in browned butter instead of regular butter, meant you ended up with more fats and less liquid that the recipe called for (by that same 16-20%).

I expect you can fix this by just re-adjusting the water ratio, putting in ~80% of the butter called for and making up the rest with water, milk, whatever liquid you want.

This would be pretty much the same adjustment needed to sub butter and oil, for the same reason.

Not the answer you're looking for? Browse other questions tagged baking dough cookies butter or ask your own question.