Is there such thing as a chimichilada?

So a burrito is made with a flour tortilla; it is wet if you put sauce on it.

An enchilada is basically just a wet burrito, but made with a corn tortilla.

A chimichanga is a deep fried burrito.

What is it called if you deep fry an enchilada instead of or before putting sauce on it?

There's an additional complication to your question. Chimichangas are closed-ended while enchiladas are open-ended, so calling an enchilada a wet burrito isn't quite right. In fact, burritos often come drenched in sauce. For reference, the Chuy's Fajita beef burrito with ranchero sauce: 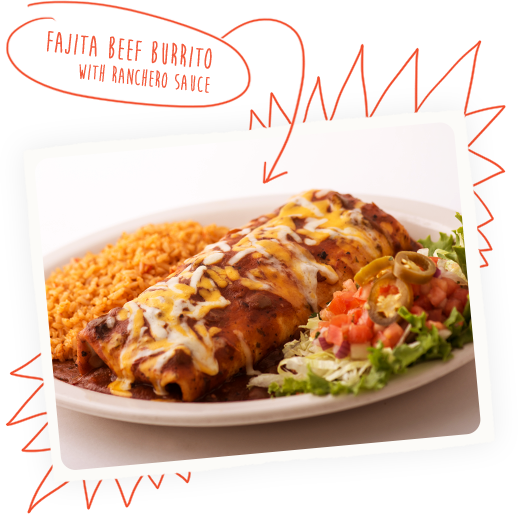 Other differences include size, which changes how many you're served. You're generally going to eat one burrito or chimichanga while you'll get 2-4 enchiladas (or more, depending on size).

I think the more similar fried (or baked), open-ended corn tortilla food you're looking for is a "taquito" or "flauta" (the latter is often with a flour tortilla, too).

A taquito (Spanish pronunciation: [taˈkito], literally Spanish for "small taco"), tacos dorados, rolled taco, or flauta (Spanish pronunciation: [ˈflauta], literally Spanish for "flute") is a Mexican food dish that typically consists of a small rolled-up tortilla that contains filling, including beef, cheese or chicken. The filled tortilla is then crisp-fried or deep-fried. The dish is often topped with condiments such as sour cream and guacamole. Corn tortillas are generally used to make taquitos; the dish is more commonly known as flautas when they are larger than their taquito counterparts, and can be made with either flour or corn tortillas although using corn is more traditional.

Because it's crispy-fried, they're generally not topped with a liquid sauce, which helps preserve the crisp shell, particularly as they are generally eaten as finger food.

Some potato taquitos from Hilah Cooking: 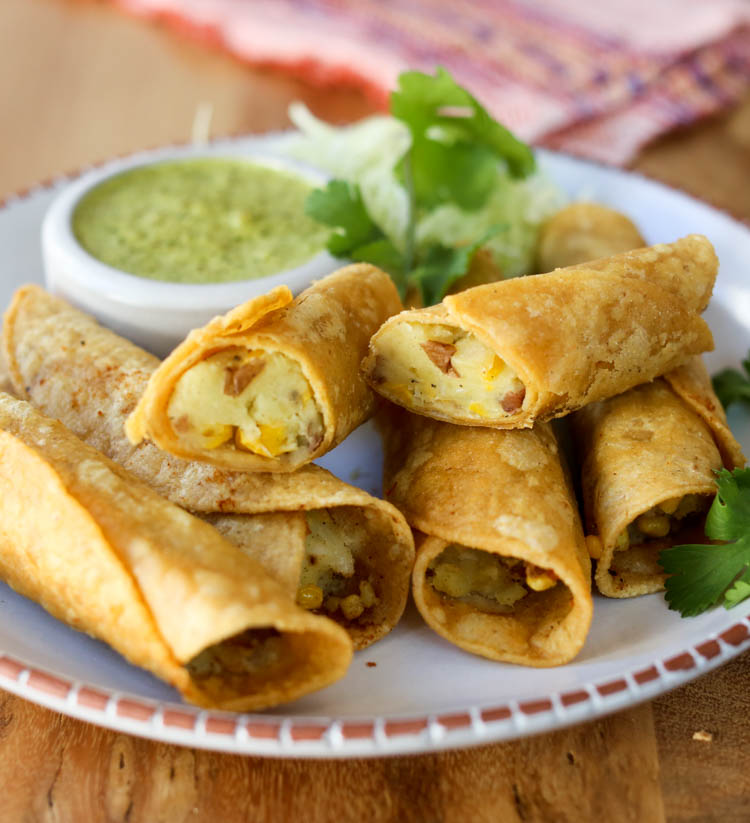 Full disclosure: I enjoy dining at Chuy's but am unaffiliated with them. I know Hilah but found this image/recipe serendipitously in a Google search.

Not the answer you're looking for? Browse other questions tagged deep-frying or ask your own question.

16
Difference between burritos, chimichanga, and enchiladas?

2
Getting crispy chicken nuggets at home
9
Why double fry French fries after blanching instead of just blanching and frying?
9
How do I pick artichokes for deep frying?
18
How to imitate commercial fried chicken?
3
Why breadcrumb is necessary for deep-frying?
1
The center is still cold when I deep fry my precooked frozen chicken
3
Corn/Potato/Rice/Flour starches in deep frying
0
How to wash fresh fish properly to reduce its smell?