Why is my tomato sauce getting pink?

I was trying to make regular tomato sauce for on my pizza. And I didn't want to buy any processed goods. So I bought tomatoes: 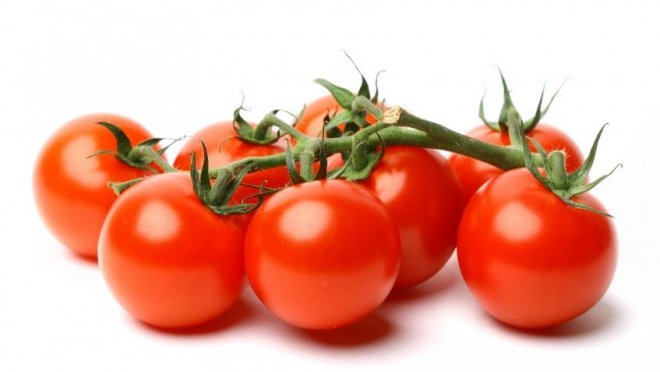 I put them into a blender and just blended them until it became smooth. For some reason, it turned pink, and it had a really bad flavour. It didn't taste like 'normal' tomato sauce.

How can I make it red, and thicker and taste more like tomato sauce?

Sauces can be made with non-paste tomatoes, and sometimes are, but in general specialty tomatoes are used for most pastes. These tomatoes include a long list of varieties, but often are pear or teardrop shape, have fewer seeds and a dryer texture with less juice in them and a salad or slicing tomato. Personally, when I make a sauce from scratch, I tend to mix slicing, and even cherry tomatoes in to up the flavor, but one of the costs of doing this is more juice so more cooking down to get to a thicker sauce as that extra water needs removed. Often, dried tomatoes will be used to overcome this.

The seed issue is real, and will affect both taste and color. But, the truth is, some people prefer to use seeds. I do not as I do not care for the bitterness I taste with them in.

However, even when using paste type tomatoes, at the puree stage the product will normally be far lighter, more of a tomato soup color than the rich red sauce you were picturing. This changes in the cooking down process. As you remove water, not only will the taste intensify, but so will the color. Additionally, as food cooks, the chemical and physical reactions that occur, such are carmelization will cause color changes. In this case those changes tend to deepen the color. Other ingredients will also tend to alter the color, either just by being added, say carrot in come recipes, or though reactions while cooking.

Note also, many fresh sauces will be lighter, more pink or orange, than processed, simply because many commercial sauces just like other products have added color. That is, they simply add red dye. OK, "food coloring."

Tomato sauce is not made by just pureeing tomatoes.

This is not a recipe site, but searching online will find you many recipes for a simple tomato sauce suitable for putting on a pizza. They will generally include other ingredients (such as salt, sugar, and onions) and include some cooking time.

The seeds are the problem flavor-wise, the skin also but less of a problem. Tomato seeds have tannins and other compounds that aren't particularly pleasant inside, when they get cracked open they release these flavors into your puree. The skins can be bitter as well, especially when you puree them, some varieties more than others.

Next time scoop the seeds out and think about peeling the tomatoes before you puree them.

A useful reference of why you peel and deseed is this answer.

Yes removing the seeds themselves is important to avoid bitterness. However the jelly they are embedded in is a good source of umami. When you scoop out the seeds you can put them in a sieve over a bowl along with the tougher pulp and add a little coarse salt for 20 minutes, and then add the strained juice to the dish.

Not the answer you're looking for? Browse other questions tagged sauce tomatoes or ask your own question.

13
what makes red tomato sauce turn orange in colour?
9
Why remove the skin and seeds of a tomato?
4
Why did my salsa go bitter?

10
Making Tomato Sauce from Tomato Paste
6
Why did my tomato soup turn thick and brownish?
6
Thicker tomato sauce on the pizza makes the cheese more slippery
3
Can I turn my marinara sauce recipe into "pizza sauce"?
13
what makes red tomato sauce turn orange in colour?
3
Should I peel my tomatoes before making a sauce?
9
How do I thicken tomato-based pasta sauce without adding starch?
6
Structure of tomato, ginger and garlic after blending in a blender
6
Taste-wise, is there a difference between tomato from a blender vs. chopped tomato?