Cooking pasta in a water boiler

A friend of mine cooks pasta in a modified electric water boiler which has been modified to keep going even after the water placed in it boils.

What are some advantages and disadvantages of this method over placing the boiled water in a pot and cooking it there over a gas stove? 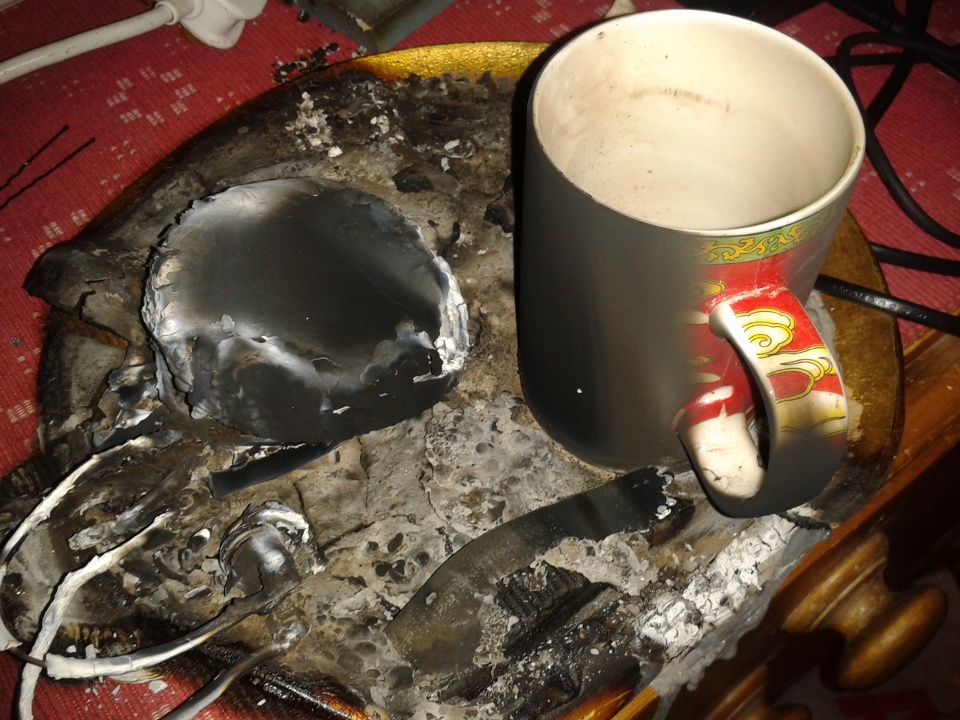 It depends on the nature of your electric water boiler. I assume you are using a kettle-like device, but I may be wrong. If this is the case, then your pasta will be sitting atop and within the metal coils. You risk burning and deforming the pasta with this approach.

If you're in a bind and don't have access to a stove, I would recommend boiling water in the kettle, pouring it into a pot with the pasta, and replacing with the water with newly boiled water as it cools.

Even if you somehow took care of the safety issue that others have mentioned, for example by staying with it the entire time making sure there's always enough water in it, there's a practical issue that stems from this point (taken from Pieter's answer):

Waste of energy, a water boiler is on or off, it will expend full energy keeping the water boiling.

This is an important issue that's gotten overshadowed by the safety issue. While the energy waste is one thing, it's not just keeping the water boiling (like you would when boiling water on a stove) but it's on full throttle all the time meaning it will produce a lot of steam.

Let's say you start cooking your pasta when the water is already at boiling temperature and it needs to be going 10 more minutes. Assuming a water cooker with a power rating of 2000 watt (which is common in the EU) that means you're adding 2000*10*60=1,200,000 Joules to the boiling water. Taking into account the heat of vaporisation for water that means you're putting in enough energy to turn 1,200,000 /2257=532 grams of water into steam (assuming all the energy goes into heating the boiling water and no other heat losses).

When starting on this answer I'd expected it to be a bit more, but consider that half a litre is still significant if it coats stuff in your kitchen.

In the US this is probably less of a problem as the average water cooker there runs at 1500 watt or so.

i use a regular water boiler for pasta mostly because i don´t have a stovetop and pasta is horrible to cook on a microwave. usually, i make it boil first, add the pasta, hit the button to quick reach back to the boiling point and let it sit about 5 minutes. it is easy to clean and the pasta seldom sticks to the heating element, but I have occasionally thought about adding a metal mesh.

What i would consider the advantages:

Not the answer you're looking for? Browse other questions tagged pasta boiling stove kettle or ask your own question.

167
Why add salt to the water when cooking pasta?
15
What are some of the benefits of electric stoves versus gas stoves?
17
When cooking pasta in salted water how much of the salt is absorbed?
15
Pouring cold water on pasta after cooking it
6
Why have all of my quality pans started smoking at once?
2
Does pasta continue cooking after being drained if left in the pot?
3
Could adding oil to boil benefit the taste and texture of the pasta?
4
Cooking pasta: when to salt?
1
Pasta cooking time vs. box instructions
0
Benefit to covering pasta while cooking?