Exactly which kind of cardamom should I use in pho (phở)?

I have been cooking pho for a while. Pho recipes differ from one another, but one of the most common spice ingredients is cardamom. Having looked at various sources, recipes, and Wiki pages, I feel more confused than ever. Some insist that green cardamom should be used in pho, which is also what I myself have been using to cook pho. For example this recipe apparently uses green cardamom.

However, a whole lot of pages point to black cardamom. The problem is that it seems what is known as "black cardamom" is not monolithic but an umbrella term for two similar spices. According to its Wikipedia page:

At least two distinct species of black cardamom occur: Amomum subulatum (also known as Nepal cardamom) and Amomum tsao-ko. The pods of A. subulatum, used primarily in the cuisines of India and certain regional cuisines of Pakistan, are the smaller of the two, while the larger pods of A. tsao-ko (Chinese: wiktionary:草果; pinyin: cǎoguǒ; Vietnamese: thảo quả) are used in Chinese cuisine, particularly that of Sichuan, and Vietnamese cuisine.

In another section of the same page:

The pods are often used in Vietnam, where they are called thảo quả and used as an ingredient in the broth for the noodle soup called phở.

So I gather from this page that it should be tsao ko that goes in pho.

But I still have doubts. I happen to have tsao ko, a lot of it, and it is something I use quite frequently in other Asian dishes. It looks similar to the black cardamom in a lot of pictures on recipe sites, but not quite the same. Examined closely enough, tsao ko is round, fleshy, plump, and looks like this: 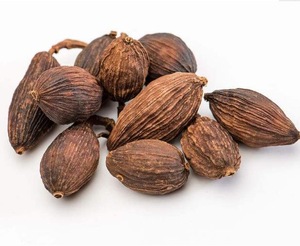 In contrast, the black cardamom shown in pho recipe photos and most commonly available is leaner, pointier: 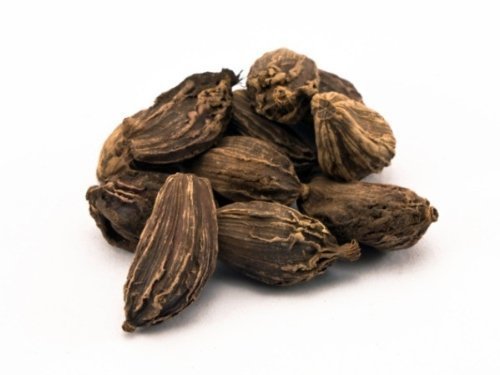 So here are my questions: What is pho in Vietnam cooked with? Is it a divided matter, a matter of preference? Is green cardamom used at all? If black cardamom is the way to go, which black cardamom?

spices asian-cuisine vietnamese-cuisine
Share
Improve this question
asked May 13 '19 at 0:15

I think you have actually answered your own question:

Some insist that green cardamom should be used in pho, which is also what I myself have been using to cook pho.

However, a whole lot of pages point to black cardamom.

Not being an expert on Asian cooking (far from it) you may have run across regional differences, or personal preferences. I would be tempted to say, use what you like the best. Or use what goes best with what you are serving with the Pho.

A recipe is not a hard and fast rule on how something must be cooked, rather a list of guidelines around which you can improvise to suit yourself, your family or the meal itself.

Not the answer you're looking for? Browse other questions tagged spices asian-cuisine vietnamese-cuisine or ask your own question.

2
What is vietnamese pho? What exactly does it consist of?
18
What are the optimal simmering times for each stage of a traditional phở?
1
How do I make home-made Vietnamese or thai rice noodles?
10
What is “Fish Sauce” typically used for?
2
Is it a good idea to use cardamom in chili?
1
Which red pepper to use?
10
Cooks Illustrated recipe too Salty
3
What is White Cumin and Green Cumin?
3
Can I use cow feet in pho broth
3
How do caraway and ajwain differ in taste and use?