What's the secret to pan-searing a steak with regard to oil's smoking point?

Lately I've been trying my best to learn how to pan-sear a steak at home and the main takeaways I've gathered from my research and distilling tips from the likes of Gordon Ramsay, Jamie Oliver etc. are:

I won't get into what point #3 branches into but the problem is, every single time I have problems with the first two points alone. I'm using an old steel pan, kinda like this one: 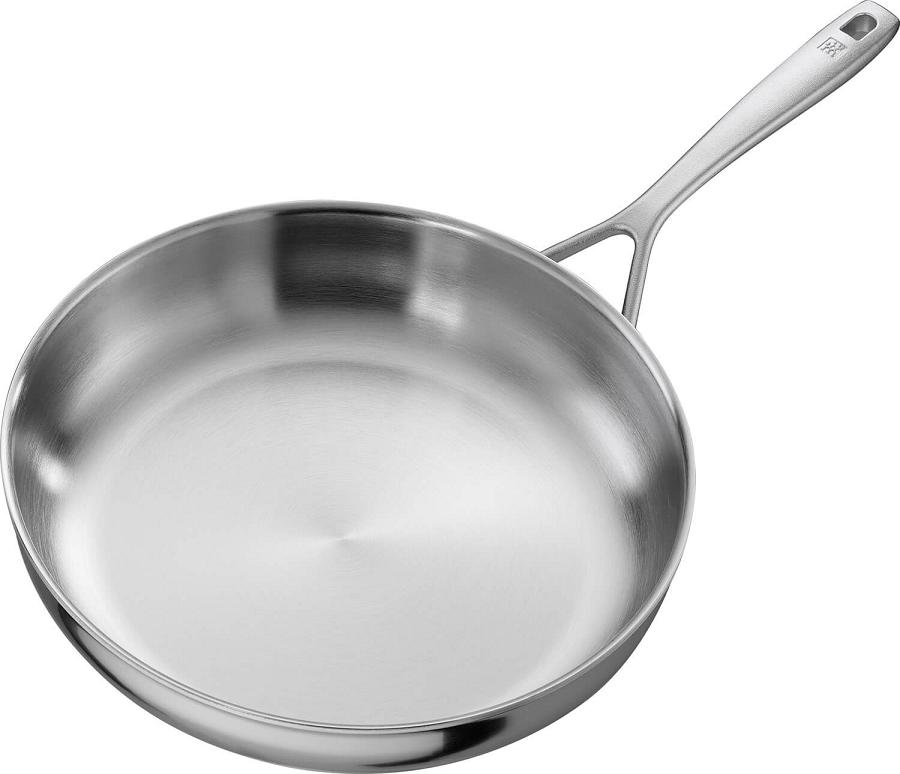 So I put it on high heat for literally a minute, pour literally a tablespoon of oil and within seconds there's either A LOT of grey smoke which lets me know that I'd better turn off the heat or I'm going to have an emergency or the oil just plainly catches fire (this thankfully only happened once so far but still - it did).

Why is that so? I've been using regular refined canola oil, I also tried extra virgin olive oil (that one was pretty dumb I have to admit as the smoking point on this one is pretty low but I didn't know it then - and I only did this once) but it doesn't matter to be honest. And I'm keeping the pan on high heat for literally under a minute, not 10 minutes to reach steel beam melting temperature like some people on YouTube seem to advocate.

What am I doing wrong? Is the pan wrong? The oil? The temperature? I just have no idea, especially since the temperature definitely isn't anything to write home about and the oil is the most run-of-the-mill type you could think of, not some experimental type or brand.

If your oil catches fire, it is indeed too hot. But still, you cannot make a good steak without reaching the smoking point.

"the temperature definitely isn't anything to write home about" - here you are wrong. Whether the tempreature is too much, too little, or just right, that's something you recognize by the behavior of your food. If your oil billows large smoke clouds and your steak chars on the outside, that's way too much, no matter now easy it was to reach it or how little you have turned the dial.

Just keep adjusting the temperature until your steak cooks well. From what you are writing, the first adjustment should be down, but before you learn, you will probably at some time start undershooting it and will have to regulate it back up. Just repeat the exercise until you get a good feeling for how to make the steak. You can speed up the learning process if you start using an infrared thermometer.

The secret is to oil the steak, not the pan. You only need enough to make good contact until the steak starts to produce some juices, which is less than a minute. Adding oil to the steak means the oil is exactly where you need it to be, and you aren't using any more than you need.

Don't leave the oil smoking in the pan. Once it's heated up, which takes just a few seconds, throw the steak on it. That alone will cool the pan down. As for smoke, it's perfectly normal for a lot of smoke to happen when searing steak in a pan. If there's no smoke your heat is probably too low. If your kitchen cannot handle smoke (weak fan), don't try to cook steak. Adjust the heat as necessary once you have the degree of browning desired on each side.

I find the following works well for searing any kind of meat:

For steak in general I may ensure contact with the pan a little longer (up to a minute) and toss in another knob of butter just before I toss it in the oven (usually between 250 and 350F) and cook until the desired "done-ness".

I hope this helps!

8
Jiaozi potstickers sticking to fry pan
4
Trouble cooking steak to the standard internal temperature
1
How to cook a 2-inch thick steak to medium?
1
What happened to my steak?
3
Cast Iron and Smoke
7
Frying Steak - disappointing gray crust, not pink inside
3
Trouble Measuring the Temperature of Meat
1
How much smoke is normal for pan cooking steak?
12
Cooking a nice pan seared steak for picky eaters
14
For smash burger patties, are you supposed to wait until the meat releases from the pan before you flip it?