Yesterday I wanted to make 2 small carrot cakes (1 gluten-free for a celiac friend, and a regular one). For the gluten-free one, I literally just swapped regular wheat flour for corn flour (same quantities), and the texture of the batter looked alright (don´t know if I had to do any kind of conversion though).

The thing is, I ended up baking only the regular one (in a small mold), and there was some batter left. As I am not gonna see my celiac friend for a week or so, I was planning on just mixing the gluten-free batter and the little left of normal batter to eat the cake myself and my family (no celiacs here, don't worry).

Will that mess anything up? Like flavour, timing in the oven, etc? Or will both batter types mix properly?

I guess I'll try this evening and write the result in here, but wanted to know the result beforehand to know if doing it or not in case it was a terrible idea!

Well, it went quite well. The flavour was really nice (I guess corn flour did not change the overall carrot cake flavour that much), and the texture (which was what I was most scared of) was as a normal carrot cake.

The timing in the oven was more or less the same (as I used the same mold several times, I did not measure the grams I was pouring). So my conclusion (not scientifically tested) is that it did not change, or if it did, it was minimal.

Just to state constancy, the final mix was more or less:

I also mixed some blue coloring but in the end it turned out green, but it did not change the flavour nor texture!

Final results: As I needed to transport the cake for 30 minutes by car, the frosting went a bit ugly, and in the fridge later, it was hard to re-shape it properly. But flavour was good. 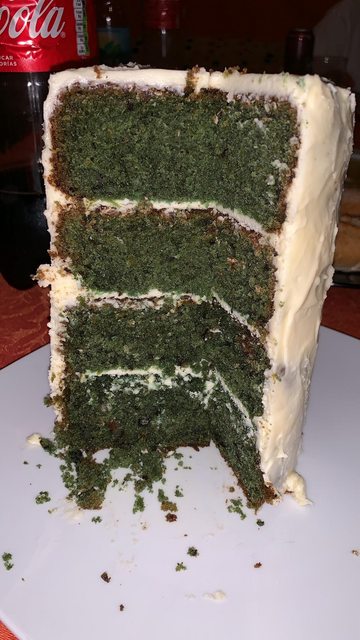 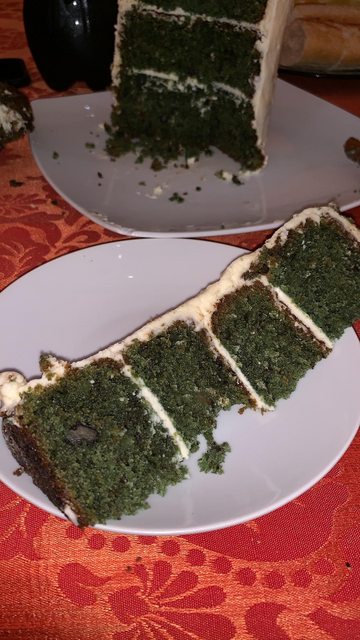 Not the answer you're looking for? Browse other questions tagged cake gluten-free or ask your own question.

11
What are good techniques for getting gluten free bread to rise?
9
Homemade Gluten-Free Udon Noodles
2
Can I make this bread recipe gluten free?
2
What is the best way to convert recipes to gluten free, and how much xanthan gum is needed?
7
What reading materials give in-depth coverage of baking with gluten-free ingredients and techniques?
3
gluten free gnocchi tasting too much like potato
7
Why is gluten-free baking possible?
7
Choux pastry, general questions with gluten free flour
0
Gluten-free waffles
1
Gluten-free replacement for all-purpose flour in fried fish batter?