Anything wrong with this chicken/can undercooked chicken be white inside?

I was trying to fry some chicken without getting the outside to crust and so fried on lower than usual heat. Please see pics of the meat. 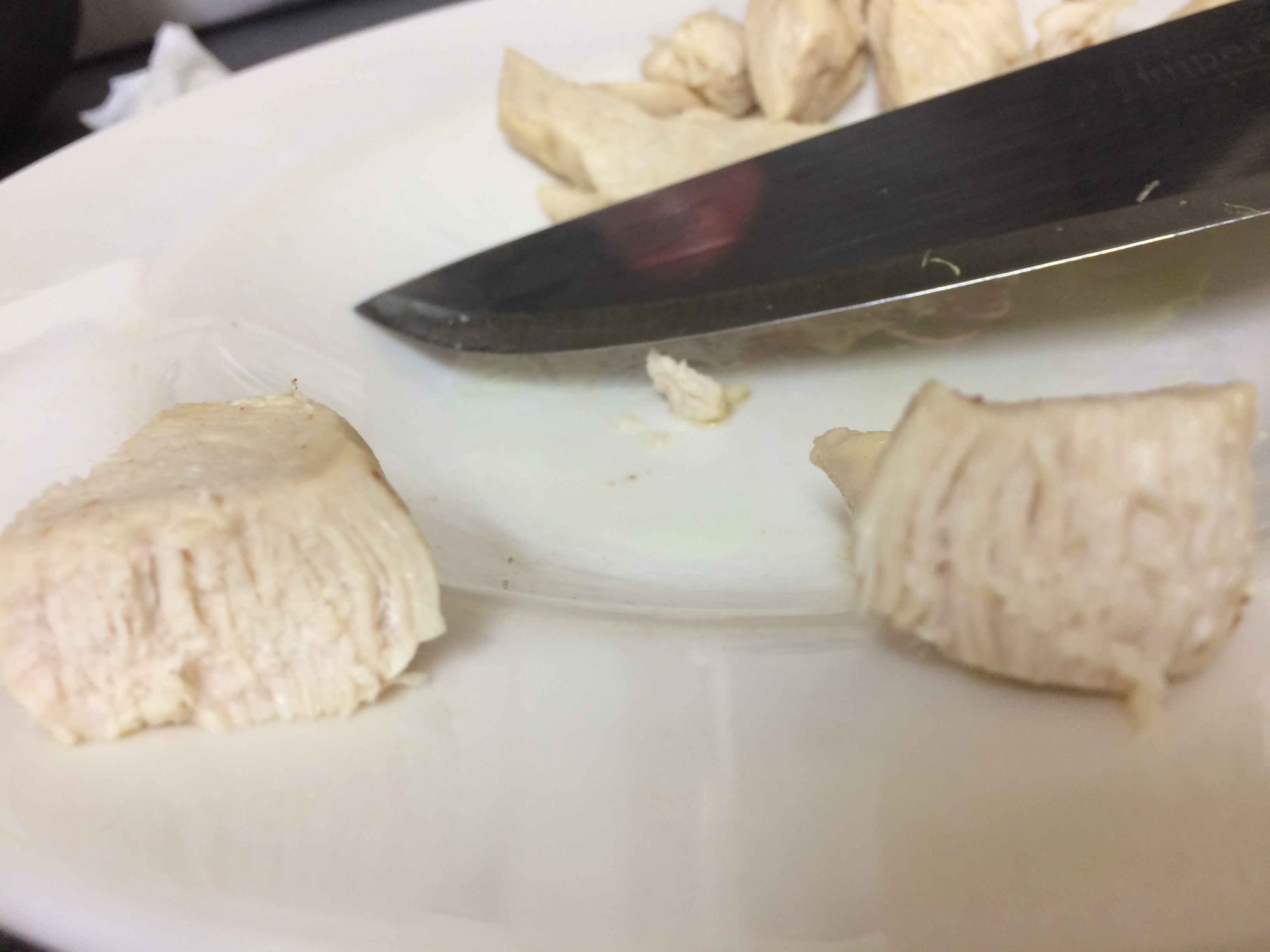 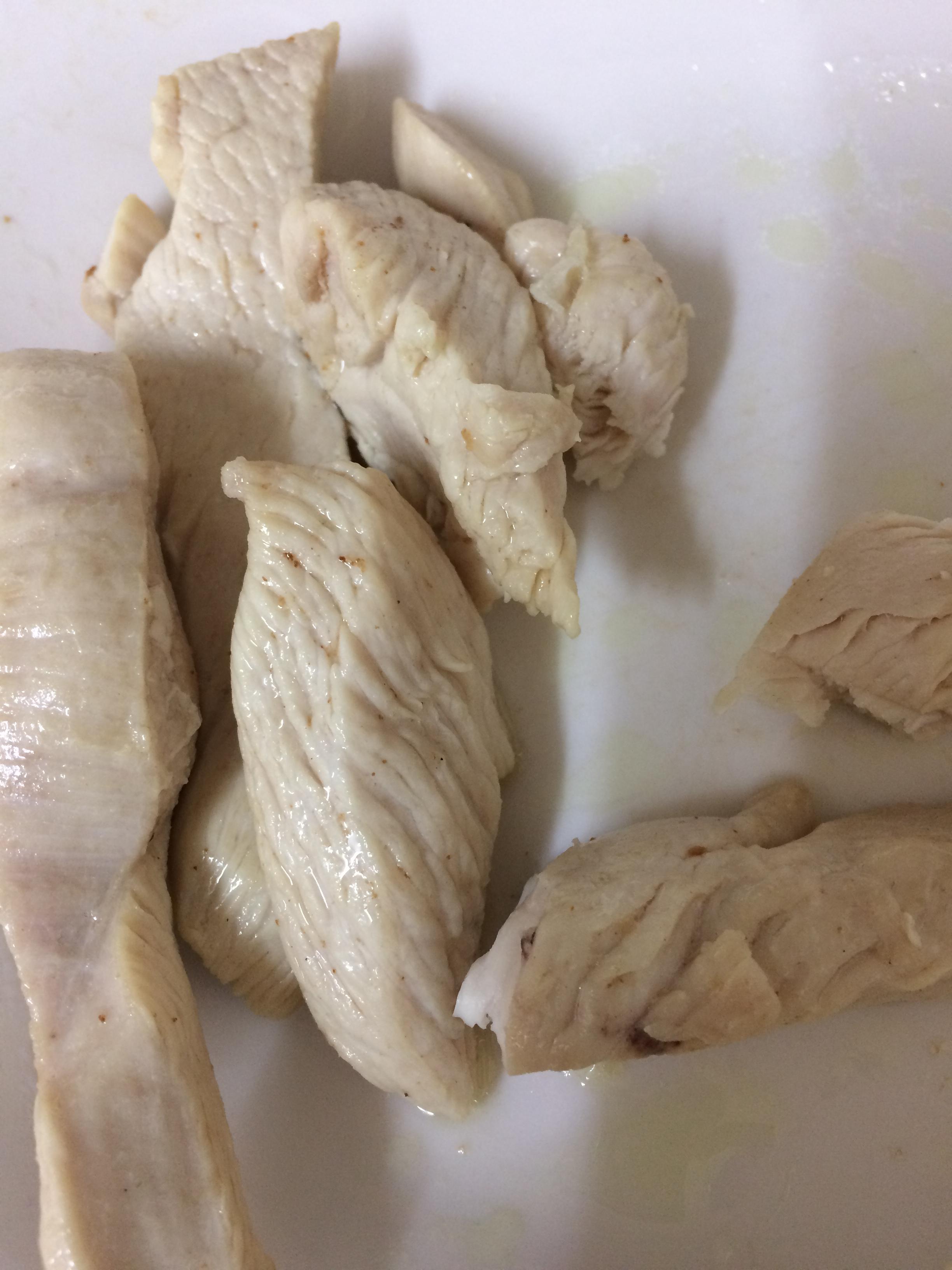 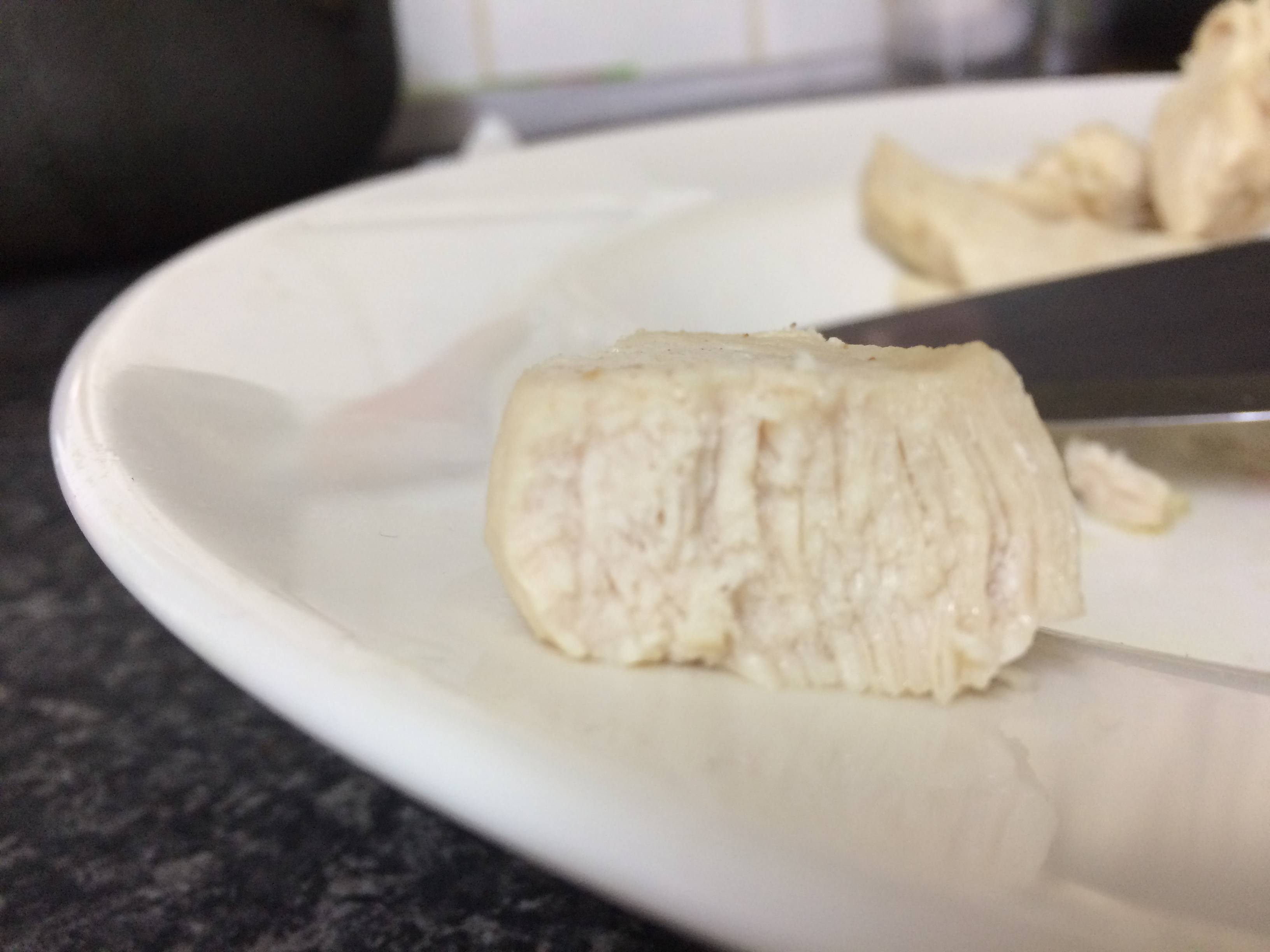 Your chicken looks fine. It seems as if you have succeeded in getting the meat done without it drying out, which is always great!

The surface does not look 'crusty' and as you say it's soft and easy to eat, I would say it's a success.

The first & last pictures look OK. The one in the middle, I'd want to prod a bit more with a fork; it's almost impossible to tell from just a photo.

However, overall it looks more like it was boiled rather than fried. It just looks sad & unloved.

If you want 'crustless' [until this past week I've never known anyone refer to the outside of fried meat as a 'crust'] then why don't you just slice it really thinly & flash it.
That way you can cook it within two minutes if your heat is high enough. If it's standard supermarket "10% added water" stuff, then by the time the water is coming off, it's cooked. You know it's cooked because it's thin enough that you can watch it go from translucent to white, on both sides as you throw it round the pan; as soon as no piece shows any pink on the outside, it's done on the inside because it's only 2mm thick.

Another thought - that looks like a pretty hefty chicken breast.
A breast of maybe 150g should be quick to cook & tender. One of 300g is going to start to get that 'big fibre' look & be much chewier. It also won't have the same smell or taste, they get gamier as they get bigger.

Not the answer you're looking for? Browse other questions tagged chicken raw cook or ask your own question.

8
Keep chicken with skin from catching on fire on the barbeque
0
Why is the Chicken too hard in the outside but soggy in the inside?
6
Do some breeds of chicken have particularly red meat when cooked?
0
How to ensure that the chicken meat is not over cooked or under cooked?
0
Problem cooking chicken wings with a bbq marinade
9
How can I safely re-heat a chicken pie without burning the crust?
6
Is this chicken safe? silkie chicken edition
1
What happened to my steak?
0
Why does the inside of fried chicken sometimes turn brown?
0
Why does inside of cooked canned chicken always taste cold?