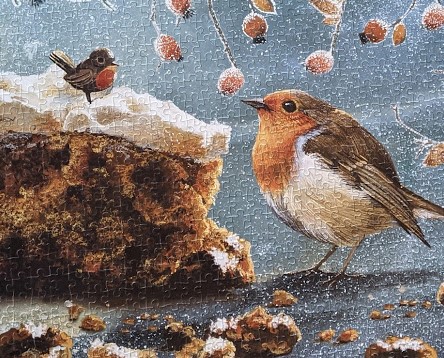 Old enough to be retired now, female, married, two adult kids, no grandchildren. Studied cognitive psychology in my youth, dropped it and emigrated from the USA to Germany. Here, I learned the German language and German culture through interaction rather than formal schooling.

I managed to raise both children to be fairly bi-lingual in German and English by only speaking English to them and my German husband, and providing them with lots and lots of English books and movies.

I worked with German employees of companies who thought they needed to learn more English grammar, or have a bit of practice speaking with a native speaker (qualification: CELTA), but I've retired from that since Covid.

Now, when allowed, I occasionally sit at the reception desk of our local city museum (we've got mammoth bones, a Mithras head, Alemanni swords and jewelry, the feudal lord's document declaring he's going to found the city, old tools, old pictures, and you get the idea, all in what was the city hall built in 1470) and I also give local historical tours in English for people who want to know why we have a church whose foundations were laid in 1066 if the city wasn't founded until 1263.

I also cook and bake indiscriminately. I'll take interesting recipes from any culture and muck with them until they are mine. MINE :) - And then I mix and match for fun. Linsen und Spätzle and kimchee are actually quite good together. Turkish white cabbage and feta casserole with ancho chile powder is also not to be sneezed at.

I hang out here on StackExchange now and then when I have a question, to learn more.

All Questions Answers
Votes Newest
14 Can I use cream of tartar instead of wine to avoid alcohol in a meat braise or risotto? Feb 16
10 What other cookies/biscuits were traditionally baked in shell shaped forms like this one? Nov 11 '20
1 My Danish almond cake glaze just melted and never thickened. What went wrong? Feb 19
1 Egg bread recipe calls for 2 eggs and 2 yolks, can I use 4 whole eggs? Feb 20