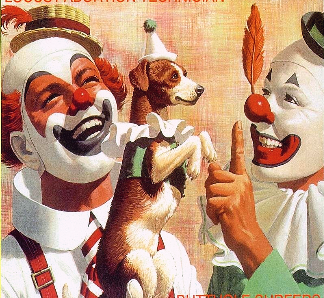 Inspired by William Gibson's Neuromancer, around 1991 - 1992, I wrote a short story which I wanted to develop into a novel or screenplay. I had hoped that I could work with William Gibson and "co-write" a novel, or at least, he could use my story and develop it into a novel. I never actually got in touch with William Gibson, but, I did have a close friend who worked with John Gaeta at Mass Illusion from 1995 - 1996 (and also previously at Ride Film and another Douglas Trumpbull company).

One afternoon / evening my friend brought me to meet some of his co-workers. I pitched my screenplay idea. We had a good time (I'll leave those details out).

Years later I'm on the phone with my ex-roomate/good friend and he exclaims: "DUDE! THEY MADE YOUR MOVIE!" - at this point I'm clueless, huh? So, I go to see The Matrix.

Great movie I thought, except, one thing (besides the fact that they used my story without asking me, without, so much as a "thank you") really pissed me off - why the f#@ck did they change the part of my story where the A.I. used the humans for their "computational power" [thought tasks, which when completed successfully triggered a stimulus of the pleasure center] to "using the humans as an energy source"? (You can actually hear Lana talking about that point in an interview on some of the extra material included with one of the DVD sets).

So, all this time has gone by, and I still am waiting for the Wachowski's to express some kind of gratitude. I'm sure they would have made a great movie without me, but, it wouldn't have been The Matrix, as we know it.

We respect a laser-like focus on one topic.