Does this tool exist? Perforated disc for making stock [closed]

Ask Question
Asked 2 months ago
Active 2 months ago
Viewed 152 times
2
Closed. This question is opinion-based. It is not currently accepting answers.

Want to improve this question? Update the question so it can be answered with facts and citations by editing this post.

There's a piece of kitchen equipment (described below) that I frequently find myself wanting, but I can't find any sign that any such thing actually exists. Perhaps I've looked in the wrong place. Perhaps there's a reason why it wouldn't actually be as useful as I think. Does it exist? and, if not, why not?

The thing that (I think) I want is a disc of food-grade stainless steel, somewhere around 25cm across, maybe 3-5mm thick, with lots of smallish holes in it.

It's meant to address the following problem: When you're making stock, you have a big pot containing bones, vegetables, and whatnot, in water. You want to be able to skim foam and fat off the top, but that's difficult because on that top surface there are also (1) floating things (e.g., peppercorns, bay leaves) that you don't want to remove and (2) larger things that aren't floating but that reach all the way to the surface (e.g., larger chicken bones).

So you put the metal disc in your stockpot, once everything else is in. It doesn't sink very far because of all the stuff underneath it, but it's heavy enough that it pushesthose bones down enough that they no longer reach up to the surface of the liquid in the pot, and it mostly stops smaller floating things getting to the top too. Now you can skim off the fat and foam more easily.

Since I don't see any sign that anyone makes these things, my guess is that there's a reason why it wouldn't be useful, but the reasons I can think of don't seem very convincing:

So ... what am I missing? Would this be useless? Does it already exist? If so, what's it called?

Have you considered repurposing a steamer insert? I don't know how the weight would suit you, but if you're handy, you could probably chop the feet off and add a weight to the top stem thing. Although the feet shouldn't cause too much of an issue. The main problem I foresee using a steamer insert in this way would be cleaning it. But as long as you don't let it sit around, that wouldn't be too much trouble. 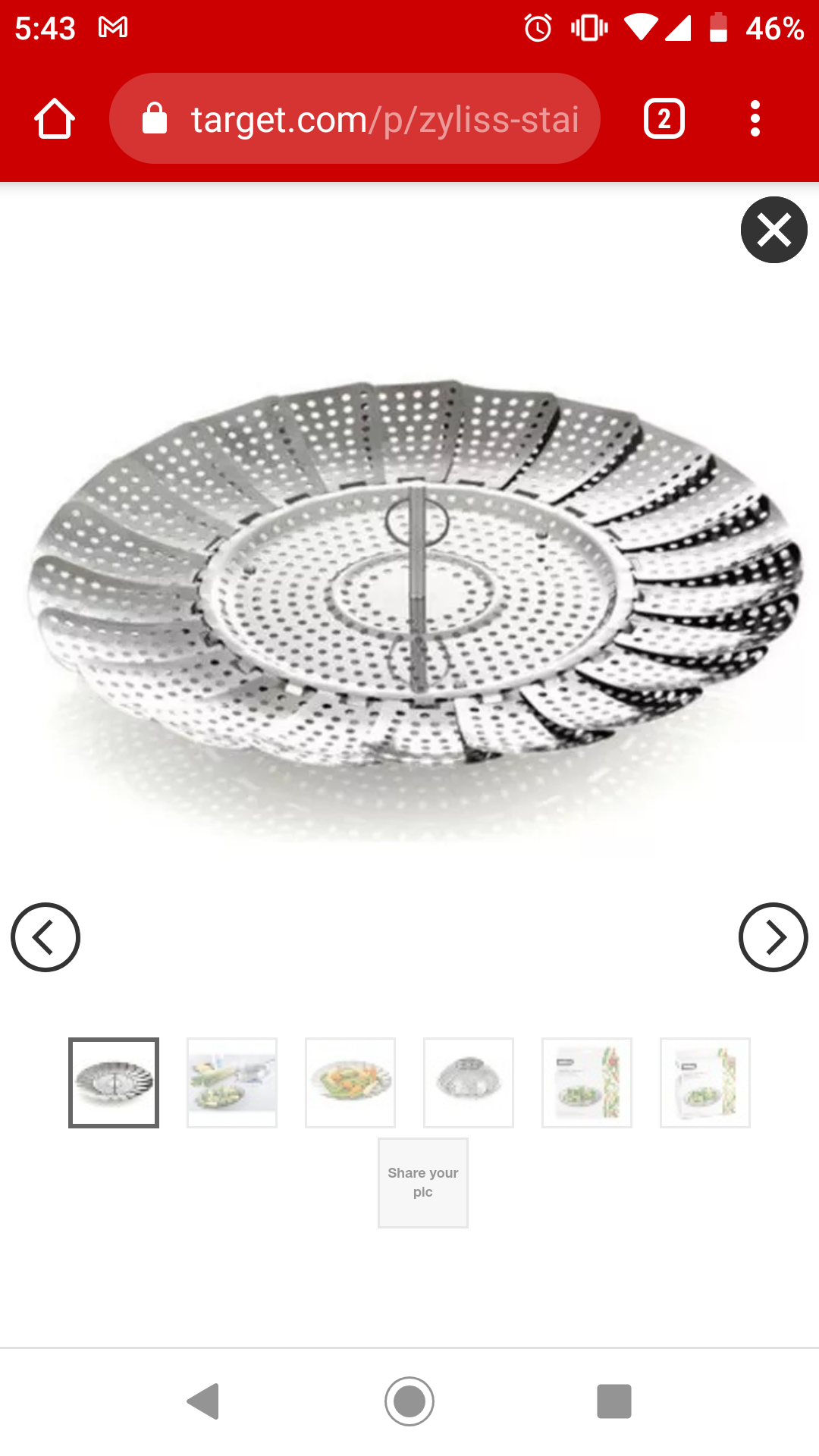 I will sometimes use a strainer or a colander, which keeps floating things out of the way when I want to skim or remove liquid. Another option is a soup sock.

This tool actually exists, in several forms. One is the Japanese otoshibuta, per the answer to this related question. While most otoshibutas are wooden disks, perforated metal ones do exist.

The version I'm familiar with, and in fact make in my pottery shop, is the Dolma Weight. This takes the form of a heavy ceramic disk with holes in it, and despite the name is used for a variety of tasks and not just dolmas. I've sold several as weights for people who do sous vide cooking.

Fermentation weights are similar, but not quite what you want since most of the time they are thick disks without perforations, and you're correct that you want those for making stock.

You are absolutely correct that having a small assortment of sizes is good enough. I have three at home, one 6", one 9", and one 11", and that works for all the pots I have.

This is very similar to a false bottom used for mashing in brewing beer. For that purpose the point is the opposite, to keep things from getting to the bottom and scorching. But it seems like it'd work just as well for what you're trying to do. 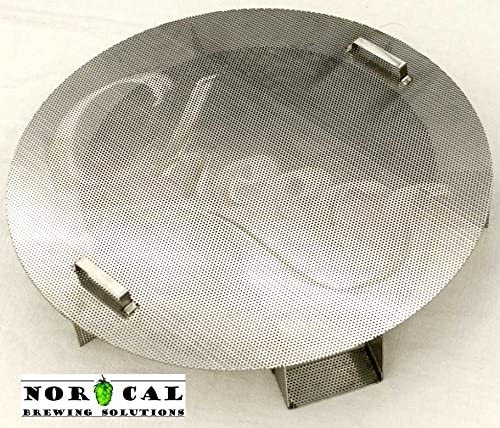 Not the answer you're looking for? Browse other questions tagged equipment stock or ask your own question.

4
I'm Making Chicken stock. How can I keep the chicken meat/bones from rising above the water line?
1
Saucepan Accessory

8
Add gelatin to soup as a replacement for stock?
5
Does canning stock raise its temperature too high?
39
Why skim “scum” from the surface of a simmering stock?
7
How efficient is stock for protein extraction?
11
Should I be worried if my broth or stock has no foam to skim?
3
Can I use short rib bones alone to make beef stock?
4
Stock questions. What to taste for when making stock?
0
Broth or stock?
3
Is it ok to ignore the skin on top of my stock?
2
What is the difference between jus and stock?