What are these white spots in my bread dough?

About an hour into the first rise, I'm seeing these alarmingly mold-like dots in the dough. I didn't see these when I was kneading it. 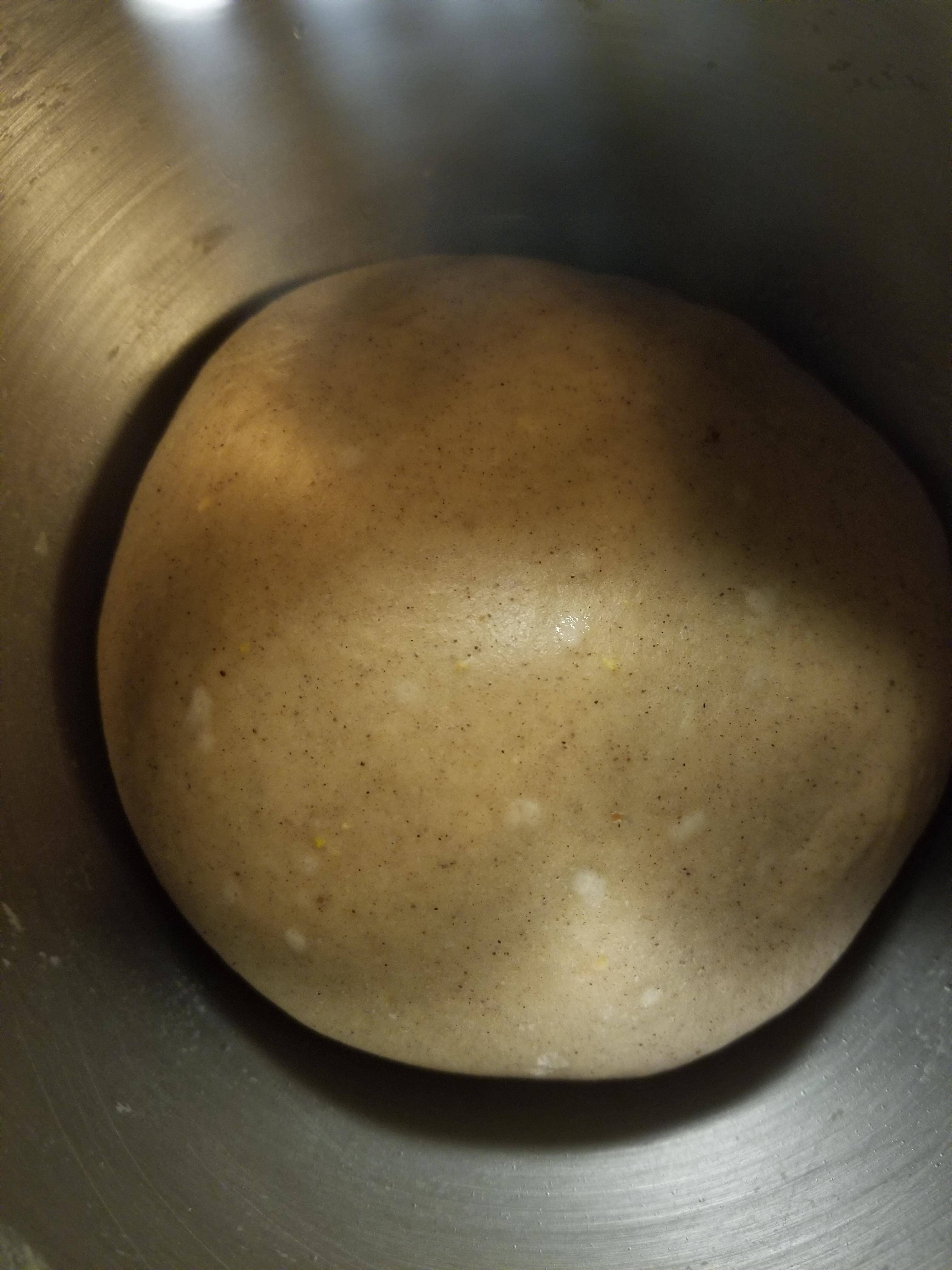 The only things I might've done abnormally for this recipe were:

Are there any other possibilities for what these spots could be?

It's impossible to say what it is - but I am quite sure what it isn't. I have never seen or heard of a pathogen (mold or otherwise) which is able to build visible colonies during such a short time at room temperature, especially in the presence of yeast. And your yeast was not dead - the dough rising proves it.

This is almost sure some ingredient not being mixed well. There are a few alternative explanations such as you covering the bowl with a nonpermeable lid and having enough condensation to drop onto the dough surface, or maybe (and we are getting into really weird/rare territory here) the vegan substitutes acting in unusual ways and managing to clump somehow. I would bake and eat - it is one of the exceptions where I can't connect this unusual photo to the "when in doubt, throw it out" rule.

Try feeling the texture of the spots. If they are clumpy when you press down on them, it might be a case of flour clumping together when mixing. Otherwise, if the texture is smooth, it might be something else.

Based on your response to my comment, it appears that you have undissolved salt in your dough. I've seen this before. You can use kosher salt when baking bread, just be sure to add it at a stage when there is enough liquid to dissolve it.

Not the answer you're looking for? Browse other questions tagged baking bread yeast dessert vegan or ask your own question.

3
Why didn't my 100% whole wheat bread proof?
9
How does halving a bread recipe impact rising time?
3
Slow-fermented bread doesn't rise
2
Why is my yeast so slow?
6
Bread dough. Rookie questions
5
Forgot the yeast in a brioche bread recipe
0
How to make my pizza dough Soft?
4
Sweet yeast-dough too yeasty
1
mixing dry yeast, water, salt and flour