Why does inside of cooked canned chicken always taste cold?

Recently I’ve been getting canned chicken and then frying it, baking it etc. What I notice is that the chicken in general feels cold and the inside always feels colder.

You might say that’s normal but if I get raw chicken and then cook it the whole thing always feels tastefully hot inside and out.

Canned chicken(cooked or not) always seems to have a mushy texture unlike raw chicken. Do you know why and why does it feel like cooking still leaves the inside quite cold compared to other cooking methods. As you can see from pic, Even visibly the outside might become dark and crusty but the inside still looks very pinkish though I know these are precooked. Had it been raw chicken then cooked it would have all become at least white inside. 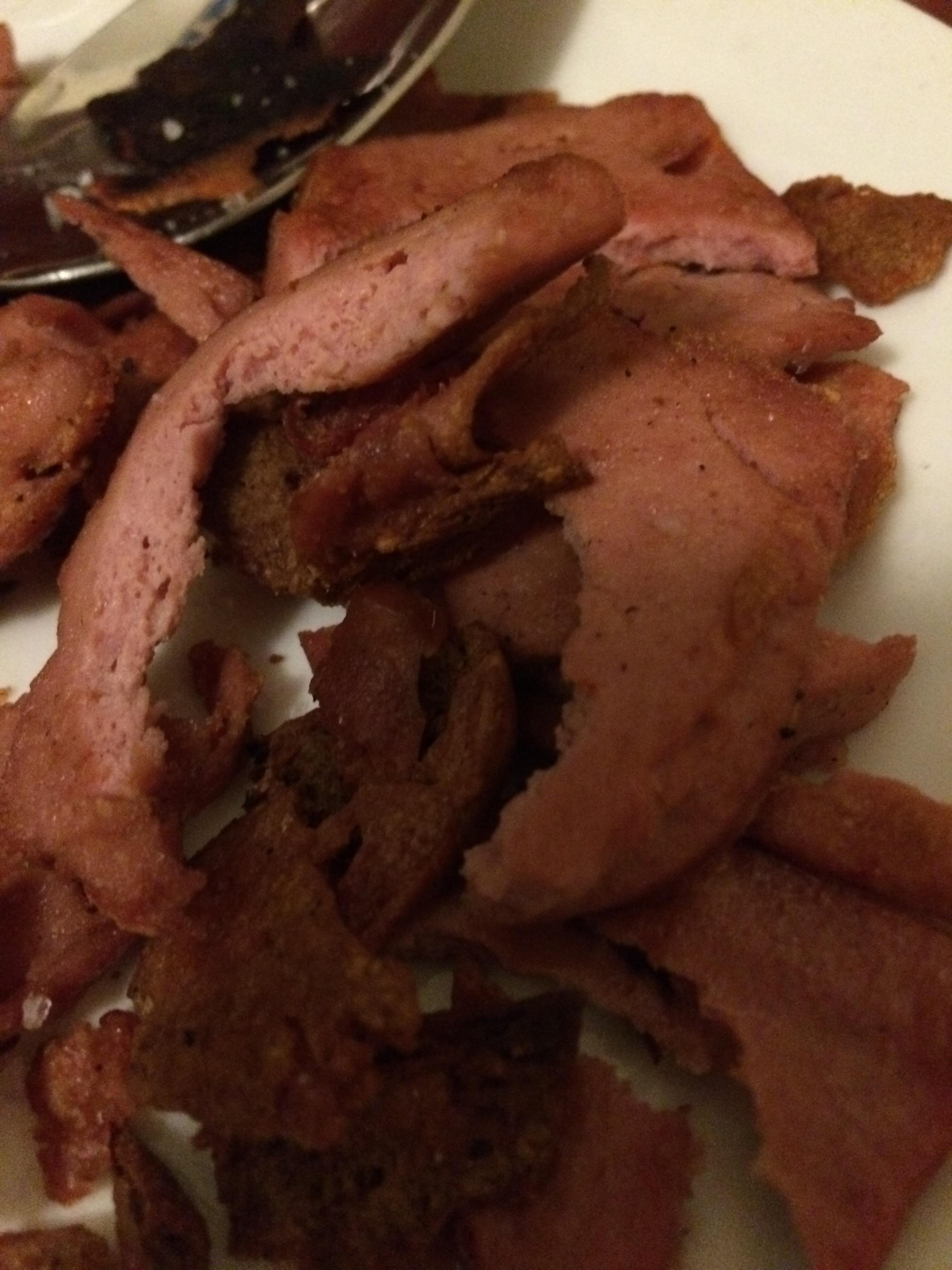 The product you're using is made of "mechanically separated meat", aka "white slime". It's produced by pumping or centrifuging ground chicken bones through a sieve to separate remaining bits of flesh. While chemically similar to regular meat, mechanically separated meat has lost its meat-like texture during the separation process. It tastes mushy because it is mush. Frying it will dehydrate and brown the surface, giving it a more palatable texture, but no amount of cooking will approximate the texture of regular chicken; it had that texture once, and then industrial food processing was done to it.

The pink color has nothing to do with rawness, or with chicken-ness for that matter. That product is designed as a lower-quality, less-expensive alternative to tinned formed pork products like Spam. In order to "sell" it as a Spam substitute, colorings are added to make it look approximately like ham (or, at least, less like mechanically separated chicken).

Incidentally, it is also possible (though perhaps harder) to buy tinned chicken which is just tinned chicken, not mechanically separated meat slurry. The texture of that is basically the same as that of boiled chicken.

A cheap thermometer you could insert into this is around $/€/£5 (mine was less on eBay, new) and will give you an answer in a few seconds. If you suspect you might be undercooking food, it's worth having. Once you've checked it's nice and hot (75°C or 165°F) you'll know whether it's actually cold or just an unpleasant texture.

Slicing as thinly as it will stay together before browning in a frying pan (gently) might be the best texture overall.

17
Does this tinned food need to be cooked?

5
Why is my brining giving varied and usually poor results?
0
Can state of chicken affect brine?
4
Why do chicken wings turn chewy if cooled between cookings?
1
Is it necessary to only boil vegetables (or chicken) or can they be pressure cooked and later be boiled for the flavour to seep in?
0
Why does the inside of fried chicken sometimes turn brown?
5
Why does cooked chicken taste different after a few days in the fridge?
3
Why does the breading always come off of my oven fried chicken?
2
Anything wrong with this chicken/can undercooked chicken be white inside?