Where can I buy kosher salt in London?

I make a point of taking a few minutes to look around for the stuff whenever I go to a new supermarket / farmers market / ete etc and I haven't been able to find a source here. At the same time, I'm not wanting to import anything from the States, because it defeats the purpose of having a cheap supply of a goood salt.

Surely there is a place one can obtain Kosher salt in London, no?

You could try Maldon Sea Salt, or similar supermarket sea salts. While not identical to kosher salt, they can be used in a similar way. Maldon is also is much cheaper in the UK than it is in the US (where it's an import).

It's not a product I can recall seeing in many UK stores.

Kosher salt (or koshering salt) is a more American-known name for what we in Britain call flaked sea salt. It's not jewish or anything like that, it's just the kind of salt they use in the koshering process to draw the blood out of the animal. The difference with table salt (as explained by Alton Brown) is that sea salt is more naturally grown (like a wheat crop), and harvested rather than manufactured, and forms hollow pyramid shapes. These don't need any added ingredients (eg. desiccants) to stop them clumping, and you often don't need to use as much salt as you would do with table salt.

After watching practically all of the Alton Brown cooking show 'Good Eats', I've invested in a salt cellar/pinch pot similar to the one he uses and some Maldon Sea Salt Flakes. I bought a small box to begin with to make sure it was the same as the Diamond Crystal salt, and it is, so I've now bought a bigger box.

You'll find Maldon Sea Salt Flakes in the majority of british supermarkets (Tesco, Sainsburys, Waitrose all stock it), alongside the spices, usually on the lower shelves. The Maldon site also has a stockist list if you're interested.

Anyhow just call up the butcher or a kosher grocer and ask where you get "kashering salt", not "kosher salt", it's the same thing used to make meat kosher after ritual slaughtering as it draws out the blood. Its totally pure. It also draws out the gunk from our noses which is why it's so good. And you can certainly get it in London in Hendon or Golder's Green.

All of the suggestions that sea salt, course, fine or flaked, are the equivalent of Kosher salt are misleading at best. Kosher salt in the US is a standard kitchen salt, not used solely for koshering. Its larger granules allow for more precise salting of foods during prep, cooking and serving. There are two main brands, Diamond Crystal and Morton's, similar but with different densities so salt is usually used by weight or taste. Chefs and cooks generally use one or the other (I am a Diamond Crystal person myself). The grain size and flowability of table salt make it difficult to distribute or control.

I have not yet found a UK substitute for Kosher salt in cooking. Maldon is great salt but the variety of crystal sizes makes for difficult precision and repetition and using flaked sea salt for salting pasta water say, is a but over the top in the expense category.

The prices on say Amazon are extremely expensive compared to any grocery store in the states. A three pound box of either Morton's or DC will be $3 US or so. Once you start using Kosher style salt or its equivalent, you can save the fancy salts and grinders for the final salting or the table.

share|improve this answer
answered 10 hours ago

Dan BDan B
2111 bronze badge
New contributor
Dan B is a new contributor to this site. Take care in asking for clarification, commenting, and answering. Check out our Code of Conduct.
add a comment  |
1

Golder's Green is a very Jewish neighborhood, and you can go to kosher markets there.

Melbury and Appleton sell it on line. They have a minimum order level of £10 before VAT and postage. London customers can order on-line and collect from their warehouse which is at marlborough Road, Islington.

I have not ordered anything from them myself but do need Kosher Salt for a recipe for Lemon Confit.

In the UK, "kosher salt" is called "coarse salt", or sometimes "rock salt". If you ask for kosher salt in the UK, you'll get blank stares, because that isn't what we call it.

A popular brand in the UK is SAXA which makes a coarse sea salt. It's available in most supermarkets. Obviously this is not the only brand available, just the one I happen to have in my food cupboard which I photographed below. I am not affiliated with SAXA, nor am I making a brand recommendation here. 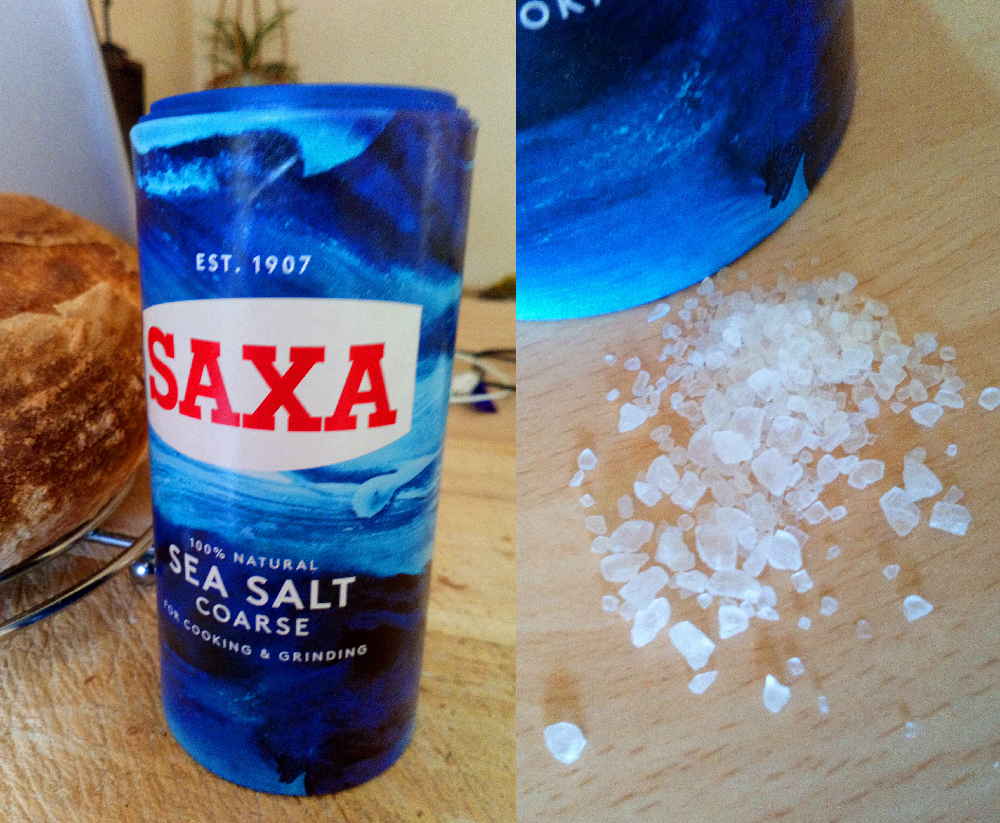 Although it is likely true that so-called Kosher Salt got its name from Koshering meats (absorbing the blood of kosher slaughtered animals), outside of Jewish meanings, it currently means the salt has no Iodine-based additives. These additives were introduced into many countries to solve an old health issue (from Iodine deficiencies). The UK simply never did this (https://www.ukiodine.org/iodine-in-the-uk/), as a result, all salt in the UK is 'Kosher Salt'. The other connotation of the term Kosher Salt is that the salt crystals are large, i.e. 'rock salt' as us Brits call it. So far from needing to scour specialists, or ask for any particular brand of salt, just go to ANY supermarket in the UK and buy their cheapest rock salt (look on the bottom of the shelves where they keep the biggest and cheapest packets). All of our 'salt' in the UK is simply Sodium-Chloride, which, in eating terms for the consumer is simply pure 'salt'. If it says something else, like 'Lo-Salt' for example, THEN it's something else (Potassium-Chloride is mixed into Lo-Salt).

Not the answer you're looking for? Browse other questions tagged salt shopping kosher-salt or ask your own question.