This post is an attempt to keep track of the terms that differ between dialects of English or exist in some dialects but not others: British / Australian / Canadian / American / etc.

Please note that Canada may be difficult to classify, as some regions (especially near the southern border) use US terms, while others may use UK terms.

It's a community wiki, so feel free to edit and clarify or add additional items. The comments are getting long, so use answers for discussion of specific concepts if necessary. If you're not sure what a term means, ask it as a new question and tag it with language)

Also see What international cooking terms sound similar but have different meanings? for similar issues with other languages.

In the US, there are specific definitions from the Food & Drug Administration on what can be labeled as jam, jelly, etc.

From CookingLight.com, but preserved here in case of link rot:

I've based this table off of a number of sources that have slightly different values; I'm going to assume that the 25°F for each gas mark is correct (as those all agree), and derived the Celcius from there, rounding to the nearest 5. See the first three for descriptive terms like 'moderate oven', as they don't all use the same adjectives.

From Charlotte Farley: endive (US) is chicory (Belgium, perhaps others). A I understand it, UK usage reverses continental usage - so the UK and US call it "endive". The rest of Europe calls it "chicory", and vice versa.

*sorry for the beautiful but not too recognizable picture, I couldn't find a better shareable one. Will snap it and update when I happen to buy the thing.

Elsewhere, chicory is a blue flower, whose root is roasted and used as a coffee substitute. This flower is sometimes known as "root chicory" (because the roots were mostly used, I suppose), as opposed to leaf chicory, which is the endive or radicchio as mentioned above. This plant is used in the Mediterranean region, where the plant was native, and is often used in Indian coffee, and is also known in southeast Asia, South Africa, and southern United States (especially areas affected by the naval blockades during the US Civil War --Joe) 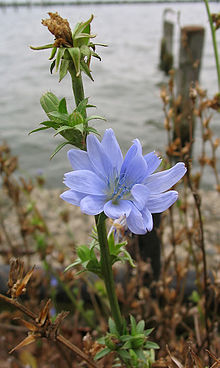 Notes for American and Australian users

In America the 8-fl oz measuring cup is used. In Australia metric measures are now used in conjunction with the standard 250-ml measuring cup. The Imperial pint, used in Britain and Australia, is 20 fl oz, while the American pint is 16 fl oz. It is important to remember that the Australian tablespoon differs from both the British and American tablespoons; the table below gives a comparison. The British standard tablespoon, which has been used throughout this book, holds 17.7 ml, the American 14.2 ml and the Australian 20 ml. The teaspoon holds approximately 5 ml in all three countries.

An Imperial/American guide to solid and liquid measures

Note: when making any of the recipes in this book, only follow one set of measures as they are not interchangeable

|share|improve this answer
answered May 16 '16 at 2:13
community wiki
Joe
add a comment  |
Highly active question. Earn 10 reputation in order to answer this question. The reputation requirement helps protect this question from spam and non-answer activity.

Not the answer you're looking for? Browse other questions tagged language cultural-difference vocabulary or ask your own question.

4
Does a GRILL in a UK recipe refer to a BROILER in US?
3
What type of flour is “wheat flour” in the UK?
5
Baking flour and sour cream -US /UK terms
2
What is the difference between Grills, Barbecues, Broiling e.t.c.?
1
Schichttorte; a 20 layer German broiled cake
0
What does tomato purée mean in a UK context?
-3
Please clarify confusion between chillies and pepper?
20
How do you make Yorkshire Puddings rise reliably?
36
Can someone please give an explanation of different egg preparations?
32
What can I use for a Crème brûlée if I don't have a blow torch?
see more linked questions…